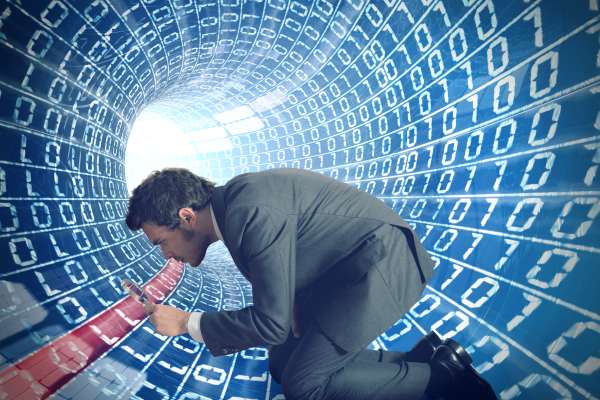 Self service visualisation tools have helped take data to the people enabling even those of us without a PhD to discover business value in data. But it has also brought with it new challenges for companies and IT departments.

The self-service visualisation or self-service business intelligence tools, offered by companies including Qlik, Tableau, and Microsoft with its Power BI offering, have received rapid market adoption over the last 5-6 years. These tools enable the non-tech/non-data savvy among us to visualise data in a way that allows them to circumvent the need for business intelligence specialists, or IT departments, to produce visual insights into their business.

However this has not been without its challenges, says Campbell Travis, MicroStrategy director of channels and alliances. “These tools have created the challenge of siloed data, multiple versions of the truth, and security issues around data accessibility and also the wrong data being sent to the wrong people,” Travis says of the decentralisation of business intelligence and analytics into the hands of end users.

“There’s been no central control over how people use data… and if those sources are accurate or current.”

“All these people now have access to different data sources that allow them to go and create their own business reports  – unfortunately there’s been no central control over how people use data, how they visualise it, if they’re using the right data sources, and importantly if those sources are accurate or current”. It appears that the governance of business intelligence and analytics has been taken away with this decentralisation to the business user.

“We are often in meetings with customers and hear of people attending internal meetings with different reports trying to show the same thing, all because the data sources are not used consistently across the business.”

Early this year, MicroStrategy, whose local customers include Xero, The Warehouse Group and The University of Auckland, launched its solution to the problem, in the form of connectors, enabling users to of Power BI, Qlik and Tableau to connect to MicroStrategy systems.

“While they can begin a conversation about their data, these conversations all too often turn into dead ends because no one can trust all of the different answers that come from having multiple applications and data silos. With these new MicroStrategy connectors, users can keep using their data discovery tools and fully leverage MicroStrategy 10 to get one version of the truth, in a more secure, scalable, and governed environment.”

Travis told iStart the connectors, which he says are attracting interest across Australia and New Zealand and have several companies currently implementing the offerings, can allow analytics to be used more securely in a business, removing silos of data so there is more consistent reporting.

“We’re not saying to throw out everything you’ve got, or have invested in, or to retrain your people. We’re saying your front-end can remain as is, but on the backend, we can put a governed, federated and secure platform that can allow for the more efficient use of analytics within a business.”

MicroStrategy’s offering flips the normal model which sees front-end self-service providers creating the connectors for backend systems. Travis says because MicroStrategy is an open platform, its API’s can tap into any data source and pull that into its platform. From there it can be built into different data sets, depending on what is required, with those data sets published across the business.

“The MicroStrategy solution takes away the need to have to rewrite reports when individuals want to redo a ‘cool’ report that they’ve seen someone else do, or if data definitions or metrics are changed at the metadata level in the business”. You can just push that out to whoever, in whatever department and they can load their data into that report and everything appears. We’ve got the ability to move data or visualisation throughout the business quite easily because of our platform that sits on the back end.”

Travis says MicroStrategy, with its background as an enterprise business, is uniquely positioned for governing the back end of people’s analytics. “The self-service visualisation guys are trying to become enterprise players but they don’t have the enterprise backbone.”

Gartner’s recent Critical Capabilities for Analytics and Business Intelligence Platforms ranked MicroStrategy number one in three out of five areas, because of its backend platform that provides a governed and secure data layer, something other self-service visualisation vendors don’t have, Travis says.

The issue of governance is only likely to increase. Travis notes that analytics is no longer a standalone solution with companies looking to integrate technologies such as geospatial, machine learning and AI into BI and analytics to improve business decision making. “People are looking at how they integrate other data sources they’ve never had access to before, because we haven’t had the tech, and looking at how it will play into analytics.”

And that could well leave MicroStrategy in a sweet spot.