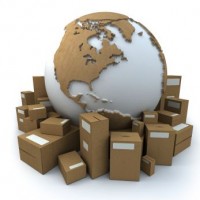 The Australia Post SuiteApp will sit on top of and integrate with NetSuite’s cloud business management systems. It will deliver consumer-facing services, but also provide merchants with parcel rates cards, track-and-trace capability, and parcel label printing based on the consumer’s selection.

Andrew Walduck, Post’s CIO explained that the collaboration meant that an online consumer would be able to order goods from a merchant, then access a widget which would tell them where the nearest Australian Post parcel collect location or locker was, and consumers opting to have goods delivered via a locker would receive an SMS when the parcel was available for collection.

“This allows smaller companies to compete with the big companies offering click and collect,” said Walduck. NetSuite CEO Zach Nelson, who was in Australia for a series of user events this week, was a little more grandiose in his claims saying that “this delivers a level of service that an Amazon can deliver”.

While the service was announced this week, it is still under development and not expected to be widely available before March or April 2015, although Perth-based Kitchenware Direct is piloting the Parcel Locker widget on its e-commerce site.

Nelson said that Australia Post was the first company provided with access to NetSuite’s cloud-based shipping systems. This is the latest in a series of cloud-based financial, ERP and commerce software available from NetSuite.

While Post itself is not a user of NetSuite software, Walduck said that the software maker’s SME focus was important as these companies represented “the engine room of the economy”. SMEs are also the lifeblood of Australia Post’s plan to reinvent itself as the logistics partner for online retailers.

Australia Post is not alone in its need to reinvent itself. NetSuite released the results of a sponsored Frost & Sullivan report which found that more than a quarter of executives now believe that their industry is changing rapidly – up from one in ten four years ago.

Digitisation of business models was the catalyst for much of the change with particularly acute effects in the media entertainment and retail sectors. However, only a minority of businesses have completed the transformation to a more online model. For example only 38 percent of retailers yet allow consumers to transact online.