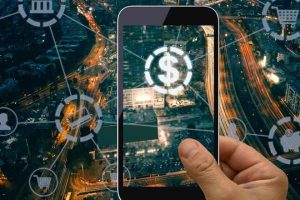 As regulation rolls on, fintech startups launch at pace and Facebook enters the virtual currency game, it may be big banking’s moment of truth. But the global incumbents are missing the boat say new reports from Forrester and Accenture.

Accenture’s new report, “Caterpillars, Butterflies, and Unicorns: Does Digital Leadership in Banking Really Matter?”, finds that only 12 percent of international banks ‘appear to be fully committed to digital transformation and investing in a digital-first strategy’.

“Banks would do well to focus on balance sheet growth by, for example, using Open Banking to help acquire and manage customer relationships.”

“Digital-focused banks [that’s the 38 percent group] have taken the first step in building a future-ready bank, but they need to pivot their focus from efficiency and move to growth if they hope to close the valuation gap with fintech and big tech competitors encroaching on the banking business,” says Alan McIntyre, head of global banking at Accenture.

While the digitally-savvy few have made significant progress in their journey, they need to focus on revenue while becoming more efficient and fully digital says McIntyre.

“To continue to win investor confidence and reap the rewards of digital investment, these banks would do well to focus on balance sheet growth by, for example, using Open Banking to help acquire and manage customer relationships.”

That’s a global report, but regionally, the story looks similar: It’s fintech startups and new players that are going to change the industry, not the transformation of traditional banks. According to new research from Forrester, the APAC retail banking environment is ‘on the cusp of major new digital banking breakthroughs’.

“The skepticism that non-traditional digital players won’t make a big impact in the financial services sector is fast disappearing,” says the report. That’s thanks to the unusually progressive attitudes of APAC customers, says Forrester.

“Consumers in Asia Pacific markets are some of the most advanced when it comes to digital engagement.”

According to Forrester’s research, 73 percent of customers across Asia Pacific believe they should be able to accomplish ‘any financial task on a mobile device’.

“Consumers still value branches and human interaction to deliver help when they need it, but they expect world-class experiences that are consistent across touchpoints,” says the report.

Most consumers are embracing digital channels – 76 percent of Australians say they would prefer to interact with their banking partner digitally (as opposed to the 11 percent who prefer in store visits).

But whether those Australians are ready to switch to a digital-only service, that’s another matter: Just 14 percent of those surveyed said they would consider switching to a digital-only bank within the next two years.

That local wariness is not mirrored elsewhere in the region however: 59 percent of consumers based in metropolitan India are open to switching to a digital-only provider in the next 24 months. In Indonesia, 48 percent would consider it. With progressive consumer attitudes in these mobile-first markets and growing regulatory support throughout the region, the writing’s on the wall, says Forrester: “Digital-only banks will gain ground on traditional banks in Asia Pacific in the next few years.”

“Digital consumers across Asia Pacific are more willing to experiment with new services and operating models than ever before. They are also highly savvy and skillful at finding the best deals.”

“Customers will dynamically deconstruct their personal financial services ecosystems and reassemble them with newer and better players. In the process, the new financial services landscape in Asia Pacific will broaden and become fragmented in ways that conventional institutions no longer recognise.”

And if the rise of increasingly mobile solutions can be taken as an indication of where the big banks are on their digital transformation, we are seeing some good intentions let down by substandard execution, says Forrester.

“In general, most Aussie banks perform poorly in functionality self-service features this year, telling us that banks still struggle to give customers control of their finances through mobile banking.

“In addition, privacy and trust visuals continue to be poor, leaving customers a little in the dark when it comes to reassuring them that their movements on mobile banking are safe.”