Opinion Articles > Things we can still learn from the electrical revolution

Things we can still learn from the electrical revolution 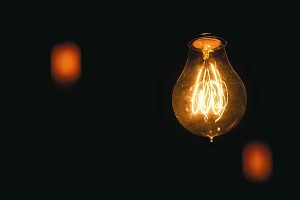 Imagine it’s the early twentieth century when electricity is all the rage. Companies are hiring chief electricity officers and the hottest topic for boards is how to develop an effective electricity transformation strategy.

“Everybody’s going electrical,” John Lowe, the CEO says to his newly appointed chief electricity manager, frank. “We can’t be left behind. We have to go electrical.”

“I agree, Mr Lowe, but we can’t simply go electrical for the sake of it. We have to think deeply about this. It’s more than just replacing oil lamps with light bulbs.”

“But it’s a no-brainer, Frank. Let’s just put electricity in the factory and replace those smelly, dangerous oil lamps.”

“Electricity should make us rethink the factory, Mr Lowe. Have you ever wondered why our factory is beside the river?”

“No. All factories are beside rivers.”

“There are two reasons. One is transport. One is power. With electricity we have power. Transport is shifting to trains and soon it will be roads.”

“And what does that mean, Frank?”

“It means that we don’t have to have our factory beside a river anymore. We can have it inland, near a railway station. Land is cheaper inland, and we’ll be closer to the new transportation hubs.”

“We can also build our factory flat, with just one story.”

“But that doesn’t make sense.”

“It doesn’t make sense in the context of water power, Mr Lowe. Water technology dictates that your factory has to be tall and slim, but with electricity we can be wide and flat. That will allow us to more easily design production lines. It will make for the more efficient movement of raw materials within the factory.”

“That’s amazing!” Electricity is going to change how we work, what we work on. It’s going to radically reshape business and the economy. We have to move away from the river, move inland.”

Digital is an abundant resource and the more abundant it becomes the more powerful and all-embracing is its network and reach. This makes digital a real challenge to traditional organisations that are built on physical principles of managing scarcity and exerting power through proprietary tools that allow them to organise better. Ironically, most citizens are better organised today than most employees. The customers have better tools than the employees, and, of course, there are far more of these customers.

Gerry McGovern is an expert in customer-centric technology, CEO of Customer Carewords and a five-time published author. He helps large organisations become more customer centric on the web. His clients include Microsoft, Cisco, VMware, IBM, Atlas Copco and Tetra Pak.

Other Articles by Gerry McGovern

Collapse of trust and digital transformation

Globally we are facing a collapse of trust – and it is being driven by digitisation, writes Gerry McGovern…

Ashley Madison and the power of traditional marketing

Ashley Madison had a ‘lack of women’ problem long before it had a stolen data problem. It solved its ‘woman’ problem by using traditional marketing techniques…

Urgently required: a department of the customer

Focused on sales and marketing, most companies don’t advocate for their customers, argues customer experience expert Gerry McGovern. He makes the case for a department of the customer…

Usability expert Gerry McGovern says we should focus our online efforts on customer convenience and effort, not experience or satisfaction…

Getting attention is getting harder. The web is a place where busy people do things. Help them, don’t disrupt them, says expert Gerry McGovern…

Why content is both the solution & problem in self-service design

Many customers think first about the product they have; even when they are looking for support for that product. Organisations can use this to their advantage when designing user-friendly websites, says Gerry McGovern…

Gerry McGovern says that on the web, content is the enabler…

Encryption that is very hard to crack by the NSA (the US spy agency) has existed for years. But it’s not easy to use so hardly anyone does. We trade convenience for security says Gerry McGovern…