Feature Articles > From small to medium and beyond: Navigating the ERP battlefield

From small to medium and beyond: Navigating the ERP battlefield 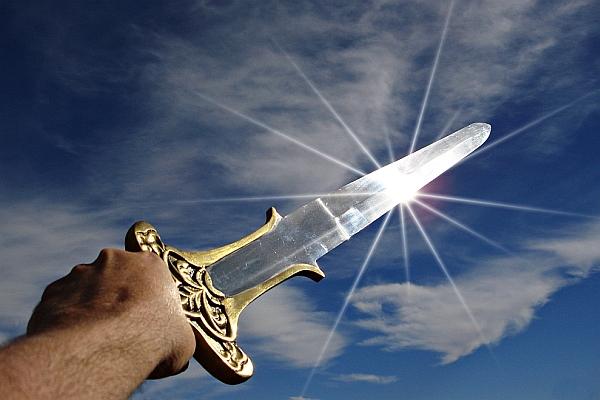 The double-edged sword of right-sizing your systems…

For businesses growing beyond small, an inflection point arises which almost immediately becomes a double-edged sword.

Existing systems start groaning under the strain of increased complexity and scale, and the time comes where a more sophisticated enterprise resource planning solution is necessary.

But the systems which can deliver the cut of sophistication also have the thrust of a cost which far exceeds that of the accounting packages they typically replace. On the same side of the blade as cost is risk: implementing an ERP system is a demanding, potentially harrowing experience. All the while business doesn’t (or shouldn’t) stand still. And the wrong choice of software, implementation partner, or both, can spell disaster.

The tell-tales
Through the process of producing hundreds of case studies iStart is ideally placed to note the common issues which are sure signs that it is time to step up to an ERP system. Difficulty finding information. Limited visibility. Isolated islands of information. Operational data not aligned with financial. And the biggest of them all, spreadsheets to bridge gaps between multiple disparate point solutions.

The tell-tales are confirmed by Rob McKie, director at Melbourne consulting firm Pitcher Partners. “The early signs that it is time for ERP include cobbled together systems; clients come to us with issues and frustrations like the inability to access data and get the right reporting. Often, they’ve accumulated niche systems around core finance, but which have gaps in functionality which means they become heavily dependent on spreadsheets, along with highly manual processes which depend on ‘human integration’ to keep things ticking along.”

A big bang theory
Before even getting to the process of identifying and choosing a longlist of potential vendors, the owner of a growing SMB tends to be in for a system shock. Coming from a Xero, MYOB AccountRight or other financial package which costs anything from a couple of hundred bucks to perhaps a thousand dollars, means the frame of reference for software costs is rudely shattered. Said McKie: “It’s a massive step from there to ERP and most business owners will equate the price points in isolation.”

What he means is the tendency to cost in only the accounting package and not the very things which accelerate the cause for ERP in the first instance: manual workarounds, swivel-chair integration, poorly running processes and lost opportunity cost which accompanies poor organisational visibility. “Add that in and the costs aren’t as different as they first appear,” he remarked. “But it is quite interesting to see how narrow the view of the costs is – and expanding that is typically part of the role we need to play.”

Spec and select
Hamish Bowen, partner at Grant Thornton New Zealand said that when it comes to getting an ERP project underway, capacity issues tend to quickly become clear. That’s at the very early stages: “Especially small to medium organisations moving to ERP for the first time. They don’t generally have people who have gone through an evaluation and selection process. There isn’t the capability to govern and run this sort of project, so the default position [of selecting software] tends to be asking peers and using that as a basis to pick up the phone to a vendor.”

This, Bowen stated baldly, is a mistake. “That puts you in their sales cycle and they will start the process of asking when they can implement.”

While no indictment on vendors – after all, sales teams exist for a reason – it can easily lead to the phenomenon best encapsulated in the phrase ‘to a man with a hammer, everything looks like a nail’.

Shoehorning, in other words. Bowen said a better approach is to start with a business case. “A lot of companies are put off by this, but it doesn’t have to be War and Peace. It just has to clearly articulate why an ERP solution is being considered – what will it do, what will it solve.”

And McKie agreed. “A lot of work as a consultant is educating new-to-ERP customers on the anomalies and subtleties that they may not understand. Some of that is around the functionality and capability which comes with ERP, as many expect another finance system; another key part is not to talk vendors and products, but rather to start with focusing on the real requirements to better understand what is needed from a software point of view,” he said.

It makes sense: when vendors are engaged early on, the prospective buyer is likely to look for evidence which confirms the veracity of the initial choice, rather than contradict the direction in which they have already moved. Sales and presales staff will get involved to drive that way of thinking (if the deal is signed, it becomes the problem of the implementation team to make those promises work).

Naming names? Not so fast
McKie said prospective clients will routinely start by bluntly asking for the names of two or three systems which might fit their business. “The first thing we say is, ‘That is much further down the track’. You need to start by thoroughly understanding your business processes and requirements – and that doesn’t mean all of them, but more specifically, those which make your company unique, which differentiate the business, and which are central to how your company creates value.”

In other words, don’t get caught up on defining the living daylights out of standard business processes, like accounts receivable or the general ledger. Focus on the 10 or 20 percent where value is created.

And be prepared to change ‘standard’ processes to the way they are done in whatever ERP solution is eventually selected; the way you process AR is unlikely to be the secret sauce which keeps you in business.

Bowen said rushing off to find a solution before accurately defining what the problem is means enough time hasn’t been afforded to thinking about the challenges and issues faced by the business. “You need to be clear about what you are trying to do to enable the business. You really shouldn’t be looking for a vendor until you know what you need. And if you’re prematurely engaged with a vendor, it is easy to become enamoured with features and functions which might not actually be relevant or of use to your business.”

Independent advice?
Both Bowen and McKie go to some lengths to stress the necessity of analysing requirements before identifying vendors to meet them. But the decision to engage vendors (McKie recommends a ‘longlist’ or up to 8 options) must eventually come.

Can the prospective ERP customer expect truly independent advice? Given the large number of vendors competing for a slice of the market, and given the natural tendency towards favouring the known, it’s not likely.

Which is why McKie said “It is very important to note that we’re not going to select the software for you. Instead, we facilitate the choice and selection process. After all, any business owner is going to know their own organisation better than I ever will. But I run a process which is successful at getting the right outcome by helping to choose the right solution by evaluating the relevant criteria. It is impossible to know all the products and vendors well enough to know the right one – and you have to allow for personal biases.”

He added that creating the ‘longlist’ is the biggest challenge and it is here that the spec and select activity helps. “We play a larger role in this process, helping to build the key criteria early on, getting the client to understand ERP alongside best-of-breed, and having conversations around the cloud and why that might be relevant.”

Bowen said the old way of narrowing it down largely revolved around keeping a close eye on the commentary of market analysts. “That was a bit of an unsophisticated process, so we’ve moved away from that; while one can imagine after working in the space for a while that you get to know the vendors and where their strengths lie, the truth is they move fast, change and upgrade all the time, so you have to give them the benefit of the doubt – they do fix issues and get better.”

There are, he agreed, an almost overwhelming number of choices. As a rule, especially given the nature of the New Zealand market, it is better to opt for vendors which have proven capability in the market you operate. With that as a given, look for proven support and commitment to the market, long term. “This is a choice which might seem like a 5 year commitment at the outset. But, it could be 10 years. It could be more.”

Avoid the pitfalls
An ERP implementation isn’t like knocking up a deck or fence over a weekend and so McKie identified the biggest pitfall as the DIY approach. “When businesses get to us when it has already gone wrong, it is a much more difficult thing to fix it. This is definitely a case where prevention is better than cure and you want to do it right the first time,” he said.

Again, he stressed that it is the nature and duty of vendors to talk up product features and benefits – but functionality is only ever of any use if it can be exposed to the benefit of your business. “Don’t get into this discussion. It isn’t useful when selecting what’s best for your core value-adding processes.”

Bowen has a similar view. “Biggest pitfall? Expecting everything to work as promised by a vendor, then opening the box to find it isn’t quite like that. Be prepared to pay for detailed design and analysis which gives you a ‘get out of jail’ clause – don’t assume that because they say it will work, it actually will. My advice is to trust, but verify. The devil is in the detail – be prepared to revalidate or watch the cost/benefit blow out. And when going through the cost/benefit, if it doesn’t work, re-challenge and say, ‘this piece is not that valuable to us’.”

Making it work
The challenges don’t end with the selection of the best vendor for the job. Once that’s done, success depends more on the implementation partner and the company itself than it does on the actual software.

That’s often clear ex post facto, said McKie: while the easy way out is to blame the software vendor, this often isn’t where the fault lies. It’s not in the stars, either: “The opening line is always ‘the software is rubbish’, but dig in and 9 times out of 10, the problem is an inadequate commitment of resource and effort to what an implementation requires,” he said.

And Bowen added that in addition to sorting out capability and cost, success depends on the rather more nebulous ‘chemistry’ between partner and client.

Right there is the bit which depends to a great extent, on you.

Both Rob McKie and Hamish Bowen were panellists on the Lunch Box webinar event.. Listen to the recording now for “Finding and Selecting the Right Software” to get more free advice and tips from experts.