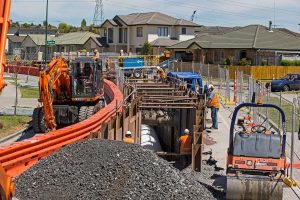 Fulton Hogan set up in Dunedin in 1933, and is now a leading infrastructure construction, roadworks and aggregate supplier in New Zealand, Australia and Fiji. It has 100 locations and employs over 8000 staff.

Warrick Atherton, Fulton Hogan’s Group Information Systems Manager is based at the company’s head office in Christchurch. Initially employed as a solution architect, he now manages and develops the complex system of business applications Fulton Hogan depends on.

The close collaboration designed and provided a solution which met all the data network supplier’s requirements.

Atherton and his team have a constant stream of projects on the go. As well as introducing new systems and efficiently consolidating old ones, it’s essential that every integration and upgrade supports Fulton Hogan’s business processes and adds value to existing applications. They also need to interact directly with customers’ systems. Unsurprisingly, Atherton places a high value on transparent, direct, and responsive relationships with technology partners.

Bye-bye Biztalk
In early 2019 Fulton Hogan decided to retire its 2013 version of BizTalk to lower TCO and reduce the time and cost of integration delivery. The business moved to Boomi’s industry-leading iPaaS platform.

Adaptiv started by analysing the existing BizTalk integrations. It then reverse-engineered the business logic, and reimplemented it in Boomi. Adaptiv listened to what Fulton Hogan stakeholders had to say, rather than simply duplicating BizTalk’s business logic. By taking note and making small adjustments to the logic as the project progressed, Adaptiv delivered exceptional value across the board.

To date, Adaptiv has successfully integrated Boomi with Workday, Rinami Cantara (the web service interface for JDE), Microsoft Dynamics 365 and Command Alcon. In the final phase of the project, Adaptiv is currently migrating a Flow Software installation (which Fulton Hogan inherited as part of their acquisition of Stevensons) across to Boomi.

A team approach
Adaptiv is a breath of fresh air for Atherton and his team. “The other integration partners and services we tried had too many layers of bureaucracy and people to get through. And not enough actually getting the job done. We’re fairly lean, so it’s good to have an equally lean team working alongside us.”

Adaptiv and Fulton Hogan have worked together on many projects together, and Atherton says it’s an excellent fit. “Adaptiv is very responsive. Unlike some other partners we tried, you can talk directly to the person doing the job, rather than going through three or four different people.”

The businesses continue to work together closely, and Atherton regards Adaptiv as integral to the IS department. “Internally we’ve got two integration architects working directly alongside Adaptiv on projects. Adaptiv has a good team approach. They can do end-to-end development with a very agile method. Which is perfect because we chop and change what we’re doing based on demand. We may have up to six projects on the go at once. Adaptiv knows what’s going on, what’s coming up, and always make sure it has enough development resources and solution architects available to do the job.”

Syncing the waterworks
Indeed, Adaptiv completed several projects during the same timeframe. In one, it developed an integration between Fulton Hogan and a major water supply company’s work management system, Maximo, automating work assignment and status updates between the two entities.

Meeting stringent SLAs for responsiveness and reliability was central to this project. And Fulton Hogan needed to deliver it in Australia to meet legal sovereignty requirements. Adaptiv responded by creating an infrastructure solution design that utilises the Azure platform in conjunction with Boomi Integration. All APIs run via an Azure API Management instance and are back-ended onto Azure Service Bus, hosted in Microsoft’s Sydney data centre. Adaptiv configured the Boomi integration as an additional instance, also hosted on Azure in Sydney. Adaptiv and Fulton Hogan worked together to build the integration architecture for the project, which Adaptiv’s development team then implemented.

The project started in March 2020, and it was recently successfully delivered into production.

A very neat interface
In another successful project between April and June 2020, Adaptiv worked with Fulton Hogan on a highly competitive pitch to an Australian national wholesale open-access data network. Fulton Hogan needed to demonstrate it had the capability to integrate with the network supplier’s work management system, Microsoft Dynamics 365, delivering within a tight timeframe and in parallel with the interface construction.

The close collaboration designed and provided a solution which met all the data network supplier’s requirements, and Fulton Hogan were extremely pleased with the work carried out. Atherton says, “Adpativ once again delivered to scope and within a very tight timeframe.”

A remote but close partnership
Like most businesses, COVID-19 affected the way Adaptiv and Fulton Hogan work together. But, as old hands at delivering remote projects, it’s been business-as-usual for Adaptiv.

“We’ve had lots of face-to-face meetings in the past, so we know the team well,” says Atherton. “We use Teams to stay connected and work as a close-knit team. We have complete trust in Adaptiv. We know who does what, so we don’t have to watch over their shoulders.”

Atherton values the relationship and has no hesitation in recommending Adaptiv saying, “The quality of work, their knowledge and approach is very consistent. They are the right fit for our organisation.” 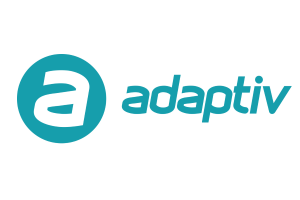 PlaceMakers transform their future with Adaptiv

To keep them ahead of the game, which is important with a new technology stack…