Hydro Tasmania converts to the power of S/4HANA 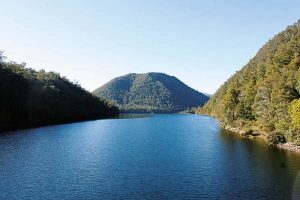 Hydro Tasmania has teamed up with SAP specialist partner Zag to convert to SAP’s next-generation ERP, S/4HANA, along with Fiori 3.

The upgrade has streamlined business processes and offers a consistent, modern SAP user experience for the sustainable generator’s 1100 employees.

Implementing a new Enterprise Resourcing Planning (ERP) system in a 1000+ seat company can be challenging at the best of times, let alone when you’re going through an organisational restructure, the financial year-end is looming and an unprecedented global pandemic has changed project delivery as you know it.

“It’s now low effort for us to start bringing data that lives in different parts of SAP together on the same dashboard, making people’s lives a lot easier.”

The odds were stacked against Hydro Tasmania with a number of internal setbacks and extraordinary external challenges, but thanks to stringent governance and documentation, and the dedication of those involved, Hydro Tasmania successfully converted from SAP ECC to S/4HANA with Fiori 3, in under 12-months. Here’s how they did it.

The business case for S/4HANA
As a large asset-intensive public sector organisation, Hydro Tasmania relies on a powerful ERP solution to run its mission-critical business operations and meet reporting requirements. After many years leveraging SAP ECC, Hydro Tasmania wanted to reap the benefits of converting to SAP’s newer, intelligent real-time ERP – S/4HANA. “At Hydro Tasmania, we rely on our integrated SAP ecosystem to support our core business. It was integral for us to convert to SAP S/4HANA and continue building our capability for the future,” says John Barriga, Chief Information Officer.

“We saw the conversion to S/4HANA as an enablement project to get us onto newer technology, opening the door to streamlined, simpler processes and improved user experience with Fiori 3,” says Anna Bird, GM Corporate IT. Hydro Tasmania would be one of the first SAP customers to upgrade to Fiori 3, SAP’s newest user experience design for the ‘Intelligent Enterprise’.

Deciding on the partner and conversion approach
As part of its conversion preparation, Hydro Tasmania did a S/4HANA readiness assessment with a Bluefields provider. When Hydro Tasmania tendered the market, one of the bidding vendors – Zag, identified important items and details that this Bluefields tool had missed and demonstrated how these areas could be successfully addressed in a collaborative Brownfields conversion with Zag. A Brownfields approach would reduce the data migration effort required, lower the risk of data loss and an adverse impact on Hydro Tasmania’s integrated systems, add-ons and custom objects. It maximises the realization of business value while minimizing disruption to users.

“Other vendors said they would do the conversion TO us, Zag said they would do the conversion WITH us, that’s the main reason we selected Zag as our partner,” says Barriga. “And Zag as a partner is right-sized for our organisation. Sometimes, if you’re engaging the Tier 1 type players, you can get lost as a small fish in the big pond. The willingness of Zag to collaborate with us on the ground and work as one team stood out,” says Bird.

Replanning and remote delivery
In 2019, Hydro Tasmania and Zag began the 10-month process of delivering an SAP ECC6 Brownfields conversion to S/4HANA 1809 with Fiori 3, sharing the mix of scope responsibilities. “At the start of the project Zag ran workshops on-site in each functional area, essentially performing a gap analysis, highlighting what the new system would deliver – this strongly contributed to the success of the project from a change management perspective,” explains Tim Rockett, Project Manager for Hydro Tasmania.

But the project was kicking-off at a time of organisational change for Hydro Tasmania. The company was going through an organisation restructure and had two major system implementations running in parallel resulting in some disruptions to the S/4HANA project.

“To add to the complexity, the COVID-19 pandemic created an unexpected and complicated challenge impacting everyone on the project. This is where we relied on three key factors: a strong team, a reliable partner and a solid platform,” says Barriga. Zag and Hydro Tasmania identified and managed the project’s risks weeks before the pandemic materialised in Australia. When it was required, the project team quickly adapted to remote working and virtual collaboration.

“The other ongoing project at Hydro Tasmania, a new HCM system implementation, was running in parallel creating implementation complexity and resource contention,” says Rockett. “Management realised that we couldn’t do both projects at the same time, one of them had to be paused. Throughout that process, Zag was extremely helpful and committed. How Zag responded to the crisis and how well they worked with us ultimately played into the steering committee’s decision to progress the S/4HANA conversion and halt the HCM project.”

“At this point, we had one chance to get the S/4HANA conversion in before the end of our financial year,” explains Rockett. “Zag and Hydro Tasmania replanned the conversion schedule together, understanding that there was no contingency, we had to do everything exactly when we said we would do it, correctly and remotely.” From March to June 2020, all project activities were delivered 100 percent remotely, including the two dress rehearsals and the Production cutover/go-live.

“Remote working went seamlessly. It was well managed, and the strength of the team shone through,” says Bird. “The early onsite collaborations and relationships we built with Zag helped us engage well later in the project remotely.”

Conversion methodology and phases
Hydro Tasmania’s SAP landscape consists of Playpen, Development, Test and Production. In the conversion, all tiers were successfully upgraded with three additional conversions performed in a standalone environment and through the two dress rehearsals. “It proceeded very, very well with the tangible benefits of lessons being learnt and applied throughout the iterative approach to implementing,” says Rockett.

Deploying in a playpen environment helped staff familiarise themselves with the new system, uncover any capability gaps and then build functionalities to resolve defects and disparities. The two dress rehearsals had increasing production cutover-like qualities with formally documented issues and resolutions that were put into practice in the production cutover.

Executing the Production cutover
“We iterated through the cutover process itself. We had a comprehensive, lengthy and very well-reviewed cutover run sheet that was backed by lengthy, comprehensive and specialised documentation for the more complicated tasks in the run sheet,” explains Rockett. “Not co-locating for the cutover had the potential to be a massive problem for the project, but it wasn’t at all. It went extremely smoothly, a testament to the practical lessons learnt activity that had taken place.”

Going live on S/4HANA remotely in the middle of month-end, soon after an annual financial audit and three weeks before financial year-end is a major challenge with significant business risk, but Hydro Tasmania and Zag stuck together to deliver the conversion on-time and on-budget with no noteworthy defects, issues or disruption to business operations.

“It wasn’t ‘you’re the supplier and I’m the customer’ – we were one team,” says Rockett. “Zag showed a notable commitment to the success of the project, working through the night to resolve time-critical issues – not that we needed to resolve things all the time – but that attitude was there as a matter of course which was outstanding and played a big part in the success of the project.”

“Choosing Zag, a partner that we knew we could work and collaborate well with, really paid off in the difficult stages of the project,” says Bird. “Based on the strength of our partnership and the determination of both parties to get a good outcome, we came through it.”

Meeting requirements for financial year-end
“Having a successful end of the financial year in a 2-week-old ERP solution was not a given, there was some nervousness around that,” explains Rockett. “Zag certainly helped make it happen by supporting the Finance team before, during and after the go-live process, giving them confidence that the solution would do what they need and had the correct data in it, enabling them to create the reports and complete the tasks they needed to at the end of the financial year in the new system. This was crucial. We’re audited all the time and we’ve got to report to the Australian Government so, if we were unable to do our end of financial year processing, it would have been a serious problem.”

The conversion outcome and benefits
“S/4HANA has been a solid and reliable platform for the organisation,” says Barriga. “In terms of technical benefits, we’re seeing notable faster response times, better system performance and higher availability,” says Rockett, thanks to S/4HANA’s simplified architecture.

Hydro Tasmania’s employees are very pleased with the new systems’ speed and usability, commenting on the “ease of use”, “better interface” and “faster performance”. S/4HANA gives them greater process visibility and Fiori 3 provides a more rapid, streamlined and intuitive user experience. Staff noted how the additional transparency and ease of use have helped them work more efficiently and collaboratively, making BAU processes quicker and easier.

“For non-expert SAP users, the ability to find what they need to do within SAP is significantly enhanced; the search functionality and the logical organisation of data in key functional areas is a step up from the previous world,” Rockett explains. “And this was just an enablement project for Hydro Tasmania, we weren’t expecting to see benefits like this from the conversion itself. It was to pave the way for future enhancements and digital innovations that will provide more benefit which we’re kicking off now.”

A brighter future with S/4HANA
“The conversion opens the door to several out of the box features that S/4HANA delivers. It’s now low effort for us to start using things like Overview Pages and Analytical List Pages, essentially bringing data that lives in different parts of SAP together on the same dashboard, making people’s lives a lot easier,” says Rockett.

“We’ll continue to decommission older parts of our SAP landscape that we can now use S/4HANA for and make use of new innovations as they arise with SAP focussed on this latest generation of its product,” says Bird. “Being on newer infrastructure and downsizing our landscape helps us lower the cost of annual upgrades and CAPEX spend in future years.”

“I was very thankful to have partnered with Zag, as they met every challenge with the highest levels of customer service and expertise. Zag and Hydro Tasmania integrated as one to deliver the solution and the result has been a successful and seamless conversion for our customers and employees. One that SAP, Zag and Hydro Tasmania can be very proud of,” comments Barriga.

Cutting a new track to increased agility and cloud success…

Driving business performance and sustainability on the connected farm…