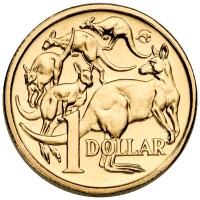 Maintaining Australia’s thirteen billion circulating coins is a very serious business, so when the Royal Australian Mint modernised recently, it made sure it counted…

Based in Canberra, the Mint is responsible for producing all circulating coins for Australia.

Originally established on the Canberra site with the task of manufacturing the new decimal currency coins introduced in 1966, it has since produced more than thirteen-billion circulating coins, and oversees a two million coin per day minting capacity.

The Mint also designs and makes coins, medals, medallions, seals and tokens for special occasions/purposes and for collectors in the public and private sectors, such as producing the offi cial Australian coin celebrating the wedding of Prince William and Miss Catherine Middleton.

Renovating more than just the building
When the Mint decided to do something about modernising their ageing building they also identified several areas to improve operational effi ciency – areas such as where the chrome-plating, gold-plating and acid treatment of coins is processed before they are turned into fi nished coins. The Mint also wanted to install a manufacturing execution system and new, automated production-line equipment, including laser-guided forklifts and conveyer delivery systems, in order to improve its capability and overall safety.

At the time, a lot of the business functions were run with Excel spreadsheets and paper-based systems were used to manage production schedules.

There seemed to be little or no relationship or coordination of information between any of the functional areas, and silos of duplicate information and re-entering of data into different systems was commonplace. As a result, a third thread of the modernisation effort was coined as the ‘IBIS’ (integrated business information systems) project. The Mint’s CEO at the time, Ms Janine Murphy, was the catalyst for the ‘Mint Modernisation Project’ covering the three major projects: the building renovation, the production-line upgrades and the IBIS project.

Stephen Delaney, the Mint’s CIO at the time, bought into the vision from the start. Recognising the need to maintain its reputation for highquality products and service, Delaney knew that delivering the vision would also mean improving the organisation’s business processes and systems.

Finding the right integrator
Selecting software solutions and vendors to partner with were of utmost importance to the Mint. Given its role and importance to government, the Mint has very rigid procurement-process guidelines. Vendors, their solutions, support processes and reference sites went through an extensive assessment for each of the functional areas, and for a technical integration thread.

The Mint analysed several packages, including several from Cincom Systems.

“At the end of the tender process,” comments Delaney, “Cincom Systems came up with the best solution with the lowest risk. Cincom’s solutions may not necessarily have had all the bells and whistles, but, as a complete package, it was the one that scored highest and the one we chose to go with.”

Integration key
The scope of the IBIS project was huge. It included Cincoms’s ERP, financials, compliance and quality management, CRM and quoting and ordering systems, as well as POS, demand planning and HR from other vendors. Integration was necessarily also given a major focus.

Government security measures added specific needs across HR such as clocking in and clocking out systems, as well as external integration with logistics providers and a number of reporting requirements for central government agencies. Bringing this all together was achieved with Cincom’s Environ Integration tool.

It didn’t stop there – a new VOIP telephony system and call centre was implemented using Cincom Synchrony, and a records-management system was also integrated.

According to Delaney, “Cincom was selected to be responsible on the project to ensure the integration between all of the components and all data coordination – not only between the Cincom pieces, but the other non-Cincom pieces as well.”

Working together
Despite the ambitious scope and integration challenges, the project was a success. Creating project teams from across business units, IT and Cincom was a major contributing factor in the success. From an organisation of 200+ employees, as many as 40 made a significant contribution to the project, including vital support from management and the executive team.

One of the exciting by-products of the project was increased understanding amongst staff of end-toend processes surrounding coin production, as well as individual roles. As a result, the Mint has found an increased willingness from staff to more actively engage and contribute to process-improvement strategies for the Mint.

“People now understand the whys of their jobs, not just the hows,” remarks Delaney. “And we have people who are looking for more. From an IT point of view, it’s like trying to hold the reigns a little bit tighter to stop them from running away too fast. So we really gave them something that they see the potential in. And that’s a nice thing. It’s nice to have to slow down the organisation instead of the reverse.”

A bright future
Post modernisation, the Royal Australian Mint has a new sheen worthy of its name, and has identified many future opportunities to leverage its investment.

You could say the team is ready to cash in on all its hard work.