Feature Articles > All I want for Christmas is a new EV

All I want for Christmas is a new EV 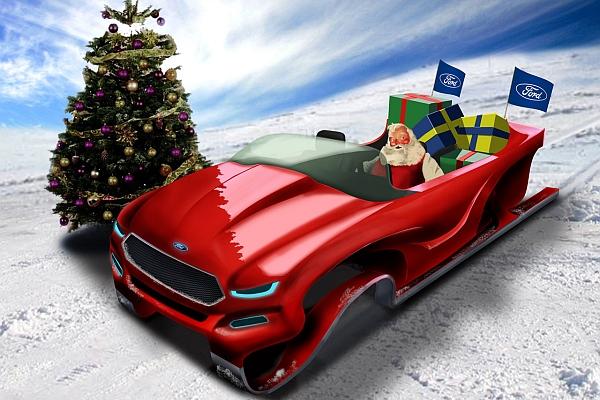 Futurist reckons ICE cars will be obsolete in under a decade. He might just be right…

This time of year is notorious for the various tech industry predictions which flood our inboxes, most of which tend to bear a striking similarity to those of the previous year. But the ones coming from celebrated economist Tony Seba are arguably more interesting by far. He reckons that by 2025, the last car powered by an Internal Combustion Engine (ICE) will have rolled off the line.

To be fair to all those making predictions, evolution is like that; soup doesn’t go from primordial to primate overnight. But automotive is the one place where amoebas, or more accurately, ancient dead ones used to fuel our vehicles, just might rapidly give way to electrons. You only need sit in a brand new modern electric vehicle to see why.

In my case, that vehicle was a Tesla Model X over on the high street in Sydney. But it wasn’t the fact of it being a Tesla that made for the epiphany.

While everyone loses their goodies over Teslas, Tesla isn’t all that great a motor manufacturer (check out Independent Man’s observations); where it truly excels is as a hype machine.

After all, there are many car makers producing EVs or hybrids. Most of them, like Daimler Chrysler or BMW or Hyundai or General Motors or Toyota, are better resourced. They also know a thing or two about making cars, including getting the panels aligned. They also know that making great cars is fundamentally about delivering a profit, too – sustainability is still a thing, electricity or no.

And, just like the tech industry and the move from on-premise to cloud, hybrid makes a lot of sense. It allows for the best of both worlds and a gradual phasing out of the old for the new. The major drawback of EVs is range; recharge times and the relatively poor availability of ‘service stations’ hampers your ability to drive cross-country. This will be resolved in time (battery technology is constantly improving, as is the establishment of EV infrastructure), but until then, falling back on a tank of dinosaur juice is a great idea.

There are also plenty of lithium ion battery makers; only Tesla gets headlines for its giga-factory. And loads of electric motor specialists, like the chap behind the Dyson vacuum cleaners. One is given to imagine that, given the multiple issues it has experienced with production volumes and the sheer difficulty of meeting demand for a product as complex as a car, Tesla’s lasting contribution may be letting the genie out of the bottle.

Diesel versus petrol
Understanding why EVs are the future comes down to something else with which we tend to be familiar in the tech industry: maturity. Tesla itself has matured rapidly since the introduction of its, frankly, unappealing Roadster (Jeremy Clarkson said ‘it didn’t work’). Today’s Model X is a world apart.

Maturity takes a concept and renders it practical over the course of time. While that hasn’t translated into reliability for the Tesla Model X just yet, it will. Constant improvement and technical advances can be expected. It happened to ICE-power, it will happen to electrical power.

But what’s any of that got to do with diesel vs. petrol? Think back to the 80s. Remember the foul, slow and noisy diesels? They had no power and effectively turned a stinky fuel into stinkier smoke and noise, while the petrol engine was efficient and powerful. That’s only because engineers were focused on developing petrol engines, which matured quickly past their odoriferous alternatives.

When attention turned to diesel, as it eventually did, clean, powerful (well, prior to the VW scandal) and efficient motors were the result. Soon enough, they were winning Le Mans.

Give electric cars 10 or 15 years, and they’re going to mature far beyond the tentative vehicles we see today. Range, versatility and infrastructure are sure to fall into place.

The distinct advantages of an EV
Let’s look at the case for the EV at a high level, starting with the number of moving parts. A typical EV has around 18. An ICE-powered car? Around 2,000 (those figures also courtesy of Seba, this time on CNBC). You don’t have to be a maths or engineering expert to understand the implications of those numbers for reliability.

In the EV, there is no oil filled gearbox, no engine cooling system with its attendant pumps and reservoirs, no valve-train. The engine doesn’t reciprocate like piston ones do (the aircraft industry came up against the limitations and complexity of piston-power a long time ago; complexity in the air is a Very Bad Thing) and there is far less opportunity for wear.

At its heart, the electric motor is simple and elegant. These days, there aren’t even brushes to worry about – and given a precise enough set of bearings, an electric motor can spin to absurd speeds; vacuum man James Dyson has one which does 104,000 rpm.

By contrast, anything above 10,000 rpm for an ICE is considered impressive; here’s the sound and fury of a Formula One motor doing 20,000 rpm. It’s a given that spinning a larger engine cause it to suffer more from G-forces, hitting the limit of ‘valve float’. But comparably-powered electric motors, which, because they don’t have valves and spin in one direction only rather than ‘throwing a piston away and pulling it back’, are far smaller.

That’s why the Tesla sales dude could confidently explain the 8-year unlimited miles ‘no servicing’ warranty on that Model X in Sydney.

Self-driving?
Where things probably get a little harder for everyman to comprehend is in Seba’s confident prediction of driverless cars. Now, those in the tech industry are well schooled in Moore’s law, the cloud, the availability of massive and ever-expanding computing power and all that.

But one only need see ‘Autopilot’, again, another Tesla genie (and how the driver must concentrate more, not less), or a Google car, in action to realise the challenges which await. No doubt it makes sense for road trains in Australia or autonomous vehicles in Rio Tinto’s mines where the environment is a lot more contained and predictable.

On the road every day, weird shit constantly happens. Just on the face of it, anticipating everything that could happen and how to best respond to it, is a big ask, and more so for regulators to accept.

But then again, maturity. Back when Google acquired Keyhole in 2004 and set Google Earth loose, it was hard to imagine how something so powerful could become commoditised so quickly. Maybe just as quickly we will be driverless, being taken on trips to the museum to check out those ICE-powered relics of yesteryear.