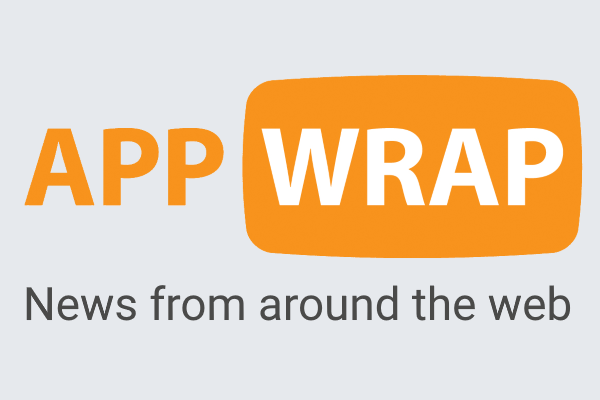 With so much happening in the world of tech, it is impossible for iStart to provide in-depth coverage of all the news and analysis that we know matters to you.

AppWrap aims to help you keep up to date with an easy to read collection of news snippets published by other leading tech media publications that we trust.

09.06 ANOM: FBI messaging app leads to global arrests worldwide after more than 800 suspects were tricked into using an FBI-run encrypted messaging app, the BBC has reported. The operation, dubbed Operation Trojan Shield, jointly conceived by an Australian enforcement officer and the FBI, saw devices with the ANOM app secretly distributed among criminals. Drugs, weapons, luxury vehicles and cash were seized across more than a dozen countries. This included eight tonnes of cocaine, 250 guns and more than US$48m (£34m) in various worldwide currencies and cryptocurrencies.

08.06 Use by the Reserve Bank of New Zealand of a hacked file sharing system for more than it was intended for placed more information at risk than would otherwise have been the case according to a public summary of KPMG’s review of the January hack. The report notes the bank was using the hacked system as an information repository and collaboration tool, rather than limiting use to secure file transfers, as intended.

07.06 NSW Police are tuning into AI and machine learning to speed up evidence analysis. The Microsoft Azure-based is pulling around a terabyte of computer vision each day to support investigations, and is also being used for voice to text transcriptions of interviews, ITNews says.

02.06 The Sage Australia & Asia sale to Access Group has closed, meaning Sage’s non-ERP products such as Handisoft accounting, Micropay and Easypay payroll solutions now sit under the Access umbrella. Sage UK still retains the ERP products globally along with an Australian office. Access, itself based in the UK, has expanded into the APAC region with the acquisition of Attaché and Unleashed over the past 2 years. The solutions will be integrated into the group’s Workspace platform.

02.06 The Australian operations of the world’s largest meat processor, JBS Foods, was temporarily shut down this week after a ransomware attack, affecting 11,000 A/NZ staff. The weekend attack affected some servers supporting North American and Australian IT systems. JBS is warning that ‘resolution of the incident will take time, which may delay certain transactions with customers and suppliers’. The company has said there is no evidence customer, supplier or employee data has been compromised. Reuters says JBS has pointed the finger at a criminal organisation most likely based in Russia. The attack comes just three weeks after the US’ Colonial Pipeline was attacked, disrupting fuel infrastructure and leading to panic buying and temporary gasoline shortages in the US.

01.06 AI will add very little to New Zealand’s GDP, says a new report from Otago University. The Impact of Artificial Intelligence on Jobs and Work in New Zealand report notes that while the industrial revolution’s profits landed extremely unevenly across British society, they did at least mostly land in Britain. Early AI benefits however are mostly accruing to Silicon Valley’s FAANGs, such a Google and Facebook, who have built up data assets so great it will be difficult for Kiwi companies to compete.

31.5 Low-code is still very much the domain of IT staff, at least for now according to a new survey. While low-code might be touted as a way to enable citizen developers and line of business to create apps, the Creatio survey found just six percent of low-code development is being done by business users without any IT involvement. What’s holding back adoption? A lack of experience with low-code platforms, according to 60 percent of the survey’s 1000+ respondents.

28.5 The Human Rights Commission is calling for a ban on facial recognition and other AI-based technologies. Its landmark report calls for a temporary ban on the use of facial recognition and other biometric technology in “high-risk” government decision making until new laws are developed, reports IT News. It has also urged the federal government to employ an independent “artificial intelligence safety commissioner” that would lead a multi-disciplinary taskforce on AI-informed decision making.

27.5 All Australian companies will have to use the government’s digital identity service in order to apply for the RDTI, according to InnovationAus. Deloitte won a $1.1 million contract last July to build the digital platform, which has just launched.

27.5 Forget internal IT teams, it’s external contractors who are making up the bulk of IT staff for some of Canberra’s biggest agencies, reports ITNews. In fact the there’s almost 7,500 contractors spread across Defence, Services Australia and the Department of Home Affairs. Internal stuff numbers for those three: Less than 4,000.

26.5 The ransomware attack crippling services at Waikato District Health Board is into its second week with multiple services affected as IT system recovery work continues. Stuff reported that the crisis has been escalated to a national level, prompting a meeting of the Government’s top-level officials. Health Minister Andrew Little said the Government had “stepped up” the crisis response to the ransomware attack, and the Officials’ Committee for Domestic and External Security Coordination (ODESC) would meet on Wednesday afternoon to discuss the response. The DHB is the fifth-largest in the country and provides care to more than 430,000 people.

25.5 Free EV Regos in ACT has come as welcome news for Australia’s carbon neutral by 2045 aspirations. Information Age has reported that residents and businesses in the ACT will now receive two years of free car registration when they buy an electric vehicle (EV) as the territory looks to cut its carbon footprint. The deal is extended to new or used EVs bought between 24 May and 30 June 2024.

25.5 Crowdfunding has opened for university innovation through crowdfunding platform VentureCrowd, which today announced a partnership in Which-50 with early stage commercialisation fund Uniseed, to make university research ventures available for individual investment. Uniseed was founded in 2000 and has invested in 57 startups, exiting from 10 including Spinifex, Fibrotech Therapeutics and QRX Pharma. According to VentureCrowd, this is an Australian-first partnership.

24.5 Facebook is cleaning up Covid misinformation – they couldn’t do it for Christchurch, but Facebook has removed 110,000 fake Covid news and posts made by Australians, among 14 billion posts removed globally which shared misinformation on the pandemic, InnovationAus reported this week.

Footnote: links take you to the third party news sites as attributed in each story.