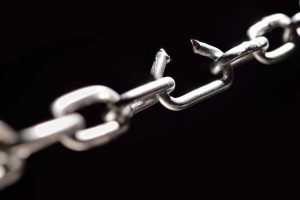 Still a solution looking for a problem…

Ninety percent of blockchain-based supply chain projects are in troubled waters because they can’t find suitable use cases for the technology according to Gartner.

The analyst firm is forecasting ‘blockchain fatigue’ to kick in over the next five years, with Gartner putting the blame largely on the fact supply chain blockchain projects are ‘very limited and don’t match the initial enthusiasm for the technology’s application in supply chain management.

It says nine out of 10 blockchain initiatives will falter – suffering ‘blockchain fatigue’ – by 2023.

Companies are forced to run multiple development pilots using trial and error to find ones that might provide value.

The Gartner survey of the wants and needs of more than 300 executives involved in blockchain initiatives worldwide suggests blockchain continues to be a solution waiting for a problem to solve. It shows just 19 percent of respondents felt blockchain was a very important technology for their business and just nine percent had been prepared to put money into it. Of those that have been game enough to spend the money, most have never progressed beyond pilots – something Gartner attributes to a combination of technology immaturity, lack of standards, overly ambitious scope and a misunderstanding of how blockchain could, or should, actually help the supply chain.

“The budding nature of blockchain makes it almost impossible for organisations to identify and target specific high-value use cases,” Gartner says. “Instead, companies are forced to run multiple development pilots using trial and error to find ones that might provide value.”

Gartner says one big factor in blockchain’s failure to launch is the lack of off-the-shelf packaged blockchain solutions and the ecosystem itself, which isn’t fully formed and is struggling to establish market dominance.

“Without a vibrant market for commercial blockchain applications the majority of companies do not know how to evaluate, assess and benchmark solutions, especially as the market landscape rapidly evolves,” Pradhan says.

She adds that current offerings are ‘complicated hybrids of conventional blockchain technologies’.

“This adds more complexity and confusion, making it that much harder for companies to identify appropriate supply chain use cases,” she says.

While the technology has been much hyped – something Gartner implies could well be part of the problem – it’s been under increasing attack in recent months.

Meanwhile, the World Economic Forum has thrown its hat into the blockchain ring, teaming up with more than 100 organisations for a supply chain project.

The initiative, Redesigning Trust with Blockchain in the Supply Chain, includes big names such as Maersk, Hitachi, the ports of Los Angeles, Oakland and Rotterdam and 20 governments and is designed to accelerate blockchain deployment across supply chains, the WEF says.

“As blockchain technology is so new, supply chain decision-makers need clear guidelines, tools and frameworks to help them maximise the benefits and minimise the risks of this technology,” WEF blockchain and distributed ledger technology project lead Nadia Hewett says.

“This toolkit will be built by the industry and piloted, so we can see what works and what does not. We are going to piece together the puzzle, so others don’t have to start from scratch.”

So while WEF and its partners work on guidelines and so forth, what’s a company to do on the blockchain front in the meantime?

According to Gartner, caution is the word.

“Gartner recommends that organisations remain cautious about early adoption and not to rush into making blockchain work in their supply chain until there is a clear distinction between hype and the core capability of blockchain,” it says.

Adds Pradhan: “The emphasis should be on proof of concept, experimentation and limited-scope initiatives that deliver lessons, rather than high-cost, high-risk, strategic business value.”