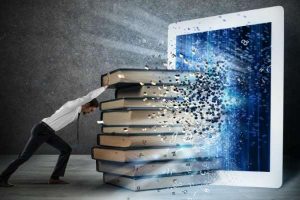 But is it just a sign we’re winning in the DX game?…

Digital transformation may have gone from novelty to norm, but we’re still struggling with digital competency and it’s holding business back according to new research from the Economist Intelligence Unit.

The Riverbed-commissioned study, based on a survey of more than 500 business and government leaders across the globe, found 61 percent of APAC respondents say their organisations are struggling to achieve important goals because they lack key digital competencies, and 67 percent say that’s impacting user experience.

The APAC figures put our region behind other regions in confidence around digital competencies: 54 and 56 percent, respectively, of North American and EMEA organisations felt they were struggling to achieve important goals because of a lack of digital competencies.

That concern over digital competencies comes as the majority of APAC businesses – 87 percent – rate the skills as very or extremely important to achieving their organisational skills.

What’s holding companies back? According to the Benchmarking Competencies for Digital Performance complexity of change is the biggest roadblock, with legal and security concerns; rigid systems; networks and infrastructure; lack of understanding, talent and skills and insufficient funding also hampering the charge to digital.

Poor communication between the IT teams and business also comes under scrutiny. Despite all the talk about line of businesses role in modern IT, it appears most still believe IT departments have a leadership role in developing digital competencies in an organisation. However, 68 percent of respondents globally said their IT departments were limiting themselves to technology implementation and management, rather than leading digital competency across other departments.

But while it’s easy to see the findings as a negative, the report actually says the reverse: The need to improve digital competencies isn’t a sign of being behind, in fact it’s a mark of a high-performing organisation, with high performers not resting on their laurels. (High performers are defined as those receiving measurable benefits from their digital strategies and growing their revenue by six percent or more for the private sector or delivering on-performance targets for the public sector.

So just how are the high performers getting ahead in the game?

But the survey found the high performers were also more likely to be employing several other techniques to developing their digital competencies as well, including adoption of agile development (57 percent), establishing a digital department or competency centre, appointing a chief digital officer and executive and/or management training in digital related competencies (all sitting at 53 percent).

New executive hires was also an option being deployed by 52 percent, while 46 percent were calling in third-party consultancy services for assistance and 41 percent had acquired another company to gain the skills they need.