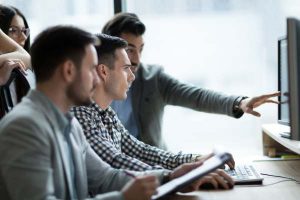 IT Professionals New Zealand’s Paul Matthews was optimistic about the vocational education reform when it first kicked off. That optimism is gone now. In fact, Matthews, chief executive of the industry body, has serious concerns about the future of technology education in New Zealand – and its ramifications on the wider New Zealand job market and economy.

The Reform of Vocational Education – or RoVE – was to be New Zealand’s path to a unified vocational education system capable of responding to skills shortages and ensuring we were prepared for the ‘now of work’ (the future of work is here, says Matthews, it’s the now of work) where jobs are rapidly changing.

His big issue is with the Workforce Development Councils (WDCs) designed to identify industry needs and the skills required and create the qualifications and training the industry needs. The WDCs and Regional Skills Leadership groups received $276 million in funding in the recent Budget.

“They don’t have any focus towards the impact technology is having on the economy.”

“The WDCs are going to have a really big bearing on where funds are sent, where target areas are, what apprenticeships look like, all those sorts of things,” Matthews says.

But, he says, they’ve ended up ‘a mish mash’ of disparate industries with little in common, bundled together, resulting in six ‘little quasi-government bureaucracies’ of which only a couple, such as primary industries, have a clear, unified direction.

Technology, he says, has been dropped into a WDC alongside creative (that’s the good part, with strong cross over between technology and digital design, game design and animation), sports and recreation, beauty and hairdressing. (There is also a second WDC of manufacturing, engineering, logistics and technology.)

“They’re good industries,” Matthews says of the recreation and beauty WDC lineup, “but it means that WDC can’t be focused on innovation technology, the transformation of the economy and the future of work.

“Structurally they’re talking a good game, but when it comes down to the detail of it, they’re not setting up this whole big thing to ensure that technology and that broader piece around the future of work is being adequately catered for.”

Proposals from industry groups for a STEM- and future of work-focused group were quashed by a bureaucracy unable to see beyond the ANZSIC industry codes being used to establish the six WDCs.

Matthews argues that it’s critical to have one of the WDCs focused on the area of the future, or now, of work.

“Yes, the education that leads on into the tech sector itself is important. The industry is growing, we’ve had the skills shortage, we’re not seeing a massive pickup of people studying – it’s only one pathway in of course, but it’s a good representation and industry is crying out for people with the right skills. So it’s not just bums on seats, we need them with the right skills as well.”

But it’s more than that, Matthews says.

“Jobs and work are changing. There are those that go on to what we think of as technology roles now, but there are also people going on to roles that have a strong tech focus but that don’t fit with any particular industry definition that has a strong technology component to them.”

Matthews says 50 percent of technology workers are employed not by technology companies, per se, but instead in tech roles by non-tech businesses.

“If we don’t get one focused on that area, it’s just not going to be developed. They’re going to be driving much needed, but still separate, apprenticeships and vocational education in areas like building, which we need, but at the absence of technology,” he says.

“If we don’t get [the WDCs] right, we are going to be worse off than we were before. And that’s after spending millions of dollars and a huge amount of time from a really big group of people, including bureaucrats and others,” Matthews says.

“This is a really big opportunity for New Zealand – for our industry, absolutely, but for New Zealand as a whole – and we as a country need to grab that opportunity and drive it in a direction that gets a good outcome. [Now] we don’t have great confidence in the bureaucrats or officials to do that.”

He believes its part of a wider issue: A government agency which ‘just doesn’t get technology’.

“This WDC thing is a prime example of that. They are just not focused on it, they are looking at all these other areas and don’t have any focus towards the impact technology is having on the economy.”

The planned reforms come as governments on both sides of the Tasman push digital as the way forward.

The Australian government has been pushing plans for an overhaul of university funding, directing students away from humanities courses and towards those such as science, technology, engineering, maths, nursing and teaching. The move will see a reduction of student fees for those ‘priority’ areas, something the government says reflects a focus on ensuring ‘job-ready graduates’.

It hasn’t been universally welcomed, however, with some suggesting the funding doesn’t match up with the government rhetoric.

Matthews notes that looking at the big picture around training, education and research, shows Australia forging ahead in some areas, particularly research.

“We are seeing some good progress on the research funds within New Zealand, but it’s still a tiny, tiny fraction of where the research dollars are going, whereas in Australia they have made a really concerted effort to ensure research is happening in the technology space.”

That has a direct impact on education: If those teaching are engaged in leading research themselves, it is going to be more current and focused on industry outcomes.

Meanwhile in New Zealand, last month’s big spend Budget included a $1.6 billion trades and apprenticeships training package – welcomed, true, but with nothing for the tech and digital space. (Instead, the Budget’s (peripheral) technology focus come through initiatives such as  $10 million to encourage companies to adopt ecommerce, $12.5 million to move e-invoicing forward and $11.4 million for ‘agritech’ – primarily focused on improving environmental outcomes and boosting primary sector productivity.

Matthews isn’t alone in his concerns about the state of technology training in New Zealand.  A recent report from Signal ICT Graduate School notes the glaring gaps between the needs of businesses and the skills and quantities of candidates entering the workforce from technical education.

“Quite simply, we are not educating enough people with the technology capabilities we will need in the future,” says David Band, Signal ICT Graduate School chair.

“When the dust settles on the ‘new normal’, it’s not a stretch to suggest that businesses and individuals will look to technology to insure themselves against the risks and pain they have experienced. Businesses will build online routes to market, individuals and institutions will develop modes of working that delivery continuity and income in lockdown,” Horizons 2020 Trends in Technology Education says.

“The unfolding events will drive a step change in demand for technical solutions and the skills to implement, operate and maintain them – and require a corresponding response from a technical education system which was already struggling to meet the needs of its stakeholders.”

Whether New Zealand at least will be up to that step change now seems to be in doubt.