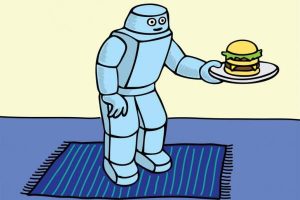 Local survey shows we want AI and cognitive tools, but we want them our way…

Low-code/no-code, open source and explainable AI will be key drivers to accelerate uptake of AI and cognitive capabilities in businesses across Australia and New Zealand.

“Results from our survey show A/NZ organisations want to have, and intend to have, more than one type of cognitive or AI framework.”

David Schubmehl, IDC cognitive/artificial intelligence systems research director, says the market saw steady growth in 2018 with revenue of US$2.6 billion and a growth rate of 26.6 percent.

AI software platforms – the platforms that provide the functionality to analyse, organise access and provide advisory services to the end users based on a range of structured or unstructured platforms – are enablers for developing a range of intelligent advisory and AI-enabled applications.

The recent local IDC survey shows 60-62 percent of Australian and New Zealand organisations have plans to implement AI and cognitive capabilities within the next five years.

“Even more positive, by 2023, more than half of those organisations say they see AI and cognitive capabilities will help them gain competitive advantage,” Antonova says.

“It’s great to see how New Zealand and Australian organisations think really positively about those technologies.”

There are stumbling blocks however, with some A/NZ organisations still citing concerns about job losses for wariness around AI and cognitive adoption.

Concerns around trust and ethics in AI applications are also proving a sticking point, driving demand more explainable AI (XAI), which aims to open the black box that it AI and provide the reasons why it came to those decisions.

“Some vendors have started experimenting with what IDC calls explainable AI, where they provide their reasons why a particular outcome was suggested,” Antonova says of the emerging area within AI.

“This capability really will help companies feel more comfortable with the deployment and operation of AI technologies.”

It’s one of several areas Antonova says have the power to drive AI and cognitive adoption across New Zealand and Australia, with low code to no code and open source also key for the local markets.

Both cater to New Zealand and Australia’s smaller sized businesses who are looking for cheaper options, and the lack of highly skilled data scientists capable of building neural networks.

“Results from our survey show A/NZ organisations want to have, and intend to have, more than one type of cognitive or AI framework,” Antonova says. “They want to customise the application of the technology using a variety of tools, vendors or approaches.”

Around 30 percent of companies said it was important for them to have AI and cognitive solutions based on open source technology or that can incorporate open source companies.

“Smaller businesses are more experimenting with technologies based on open source and they are even quicker in terms of starting to use it [than larger enterprises]. They just have a little different perception of the technology and if it’s open source it is even better because they don’t need to pay for it and it’s easier for small business to start using certain platforms and to experiment in many different ways.”

Vendors such as Microsoft and Amazon have been increasing their efforts in the open source and low code/no code spaces in acknowledgement of demand from customers for easy to develop, easy to use and easy to scale customisable products.

That may be a factor in the rankings for AI software platforms across Australia and New Zealand.

But it was Microsoft, with a 139.4 percent year on year increase that was the big mover among the top players. SAS and AWS also recorded 100 percent-plus increases, at 104.6 percent and 106.3 percent respectively. IBM meanwhile saw just 26.6 percent increase – albeit off the vastly larger base.

“It is very good looking into the future that both Australia and New Zealand see a big opportunity for AI adoption in their organisations and they are not afraid of having the technology – they’re ready to explore it and get a real use of it, and get an advantage from it later on.”