Kiwis lag behind Aussies with 5G 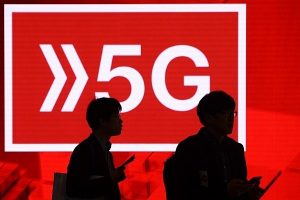 Australia ranked as a ‘leader’ in 5G, New Zealand yet to allocate spectrum…

While Kiwis may be smug when it comes to comparing their broadband to that of their Australian cousins, the shoe is on the other foot for 5G mobile technologies.

As part of a global benchmarking study, consultancy firm Arthur D Little identified Australia as a global leader in terms of its implementation of 5G networks. New Zealand, meanwhile, rated as a follower.

The 5G Country Leadership Index benchmarked 40 countries and found South Korea (who have already installed over 10,000 5G cell sites) to be the world leader in 5G. The US, Australia, Qatar, Finland and Switzerland followed.

“Leaders in the study already have 5G spectrum allocated, backhaul in place and have either launched 5G or are trialling it.”

The Index consisted of analysis of technical infrastructure and 5G commercialisation. The leaders identified in the study already have 5G spectrum allocated, backhaul in place and have either launched 5G or are trialling it.

So how big is the 5G gap between Australia and New Zealand?

At the end of 2018, 5G spectrum auctions concluded in Australia. Four companies won 5G spectrum in the 3.6 GHz band. All 350 spectrum slots were sold, earning the Australian government an estimated AU$853 million.

New Zealand, by comparison, has yet to get any spectrum onto the 5G starting blocks.

Kris Faafoi, the Minister of Broadcasting, Communications and Digital media only recently announced the availability of the 3.5 GHz band spectrum for 5G and its auction in 2020 – two years after Australia.

While Kiwi telcos gear up for 5G, Optus is already there. They have begun to invite customers in selected 5G coverage areas to take up 5G fixed wireless broadband plans. By talking up unlimited data and a minimum throughput of 50Mbps, it is likely that many will see Optus’s 5G plans as a viable NBN alternative. Optus says that their first 5G mobile services will go live in the first half of 2019.

Telstra has yet to confirm when or if they will offer 5G fixed wireless broadband, but the prevailing wisdom is that it is highly likely. Speculation got helped when Telstra unveiled their first 5G modem in December and their 5G network is already going live within selected areas of Australia. Optus promise 1,200 5G cell sites across five Australian states by 2020. Vodafone has indicated that they will follow Optus and Telstra, switching on their 5G network in 2020.

While the move to bar Huawei from Australian 5G builds seems to not have affected Australia’s 5G roll-out, some are questioning the security motives underpinning the ban.

Fears of Chinese state-sponsored spying saw Huawei banned, and that same sentiment could see equipment from other Chinese suppliers also barred from Australia’s 5G supply chain. The reality, however, is that removing all Chinese networking gear from Australian 5G installations is close to impossible.

The United States 2018 Report to Congress submitted by the US-China Economic and Security Review Commission echoes this point. “US firms and the US government rely on global supply chains that in many cases are dominated by China. While not all products designed, manufactured or assembled in China are inherently risky, the US government lacks essential tools to conduct rigorous supply chain risk assessments.”

If the US cannot be confident its 5G network is secure from perceived Chinese security risks – even if they use gear made in the USA – how can other countries including Australia and New Zealand be confident their 5G networks are secure?

Huawei controversy aside, all things 5G related seem to be progressing at a significantly slower pace in New Zealand. The incumbent telco, Spark, launched a 5G innovations lab in 2018 and has conducted several 5G demonstrations. According to a discussion document from the telco, it is currently in the preparation phase which involves ‘densifying’ cell sites for 5G coverage.

Assuming spectrum auctions go smoothly, all three Kiwi mobile operators expect to go live with a 5G offering in mid to late 2020 at the earliest. The pressure is on for Spark which has plans for a full 5G immersion experience for the Americas Cup sailing regatta, in March 2021.

So, what will 5G look like in New Zealand?

It is probable that 5G will be held back by variants of 4.5G. Sweating existing infrastructure to offer faster data speeds makes much economic sense given players such as Spark had already invested heavily in 4.5G which is also in theory capable of gigabit mobile data speeds.

Beyond 4.5G, the first real 5G offerings are expected to consist of 5G fixed wireless broadband. For all three mobile operators, the economics are likely to prove compelling. Presently, retail arrangements mean they must hand over a chunk of fibre sales margins to wholesale provider Chorus. Using 5G would allow them to bypass Chorus and retain all the margin, making a 5G fixed wireless broadband offering a much more profitable option.

Another big issue is devices. The handsets for 5G are still relatively rare, with only Samsung set to launch the 5G capable Galaxy S10 in New Zealand in the foreseeable future. Huawei, Oppo and several other vendors all announced 5G capable smartphones, but these are unlikely to reach New Zealand until mid-2019 at the earliest. With 5G having already delivered close to 9Gbps, existing mobile data plans are also unlikely to be practical. Building plans with enough data (or even unlimited data) will require a delicate balancing act for telcos seeking a return on investment.

The internet of things is another attractive market for telcos. The big appeal with IoT is that 5G is significantly more scalable than 4G in the machine-to-machine space, meaning it can scale to handle data beamed from thousands, or even millions, of devices. While speed is not expected to be a consideration, 5G’s promised low latency could be a point of difference in specific IOT applications. A key hurdle for telcos will be the existing four IoT networks already in place. Seeking a return on investment in the IoT space when there is already plenty of designed-for-IoT network capacity could prove challenging.

For telcos such as Spark with system integrator capabilities, the low latency and high bandwidth capabilities of 5G could also prove compelling. At the recent Mobile World Congress, Huawei demonstrated thin client video game consoles whose purpose was to stream games rendered in the cloud. Given the near real-time requirements of gaming, it is fair to assume that thin client computing and enterprise cloud applications over 5G could also be on the cards.