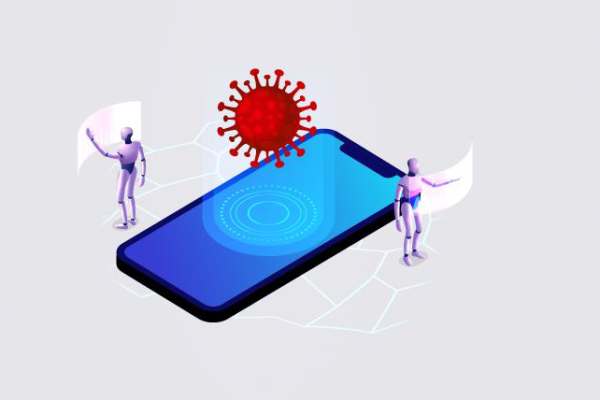 As governments worldwide roll out location-based tracking of the sick, the pursuit of privacy is put on hold…

Thanks to the spread of Covid-19 Australia and New Zealand are now under national self isolation rules. Isolating is one weapon in the fight against the infectious disease of course, but it isn’t enough and is completely untenable as a long term solution. Contact tracing – mapping the movements of infected people and identifying those who may have been exposed to the disease – is also crucial to stymie the spread of highly infectious diseases.

In New Zealand and Australia contact tracing is conducted manually, a time consuming and inefficient endeavour at best.

“The lockdown decision is a massive sacrifice very early in an outbreak. This is only worth it if New Zealand pursues a goal of eliminating Covid-19,” says Dr Ayesha Verrall, infectious diseases doctor and epidemiologist at the University of Otago, Wellington.

“Some people will undoubtedly find it confronting.”

“All these processes need to be fast, scaled up and integrated,” Verrall says. “If we had better ability to find cases and isolate their contacts, we would be able to manage a larger number of cases without going into lockdown.”

Governments around the world have already started implementing such measures – including the use of aggregated mobile location data – to help slow the spread of the virus. Could such a system be used downunder?

“One possibility is to use location history data from the mobile phones of confirmed cases, to help track and trace the spread of infection,” says Patrick Fair, adjunct professor at the School of Information Technology, Deakin University.

“All mobile service providers in Australia are required to hold two years of data relating to the use of each mobile phone on their network, including location information.

“For anyone who tests positive with Covid-19, this data could be used to list every location where they (or, more accurately, their phone) had been over the preceding few weeks.”

Prime Minister Scott Morrison revealed last week that the Australian government is looking closely at Singapore’s TraceTogether contact tracing app, which uses Bluetooth Relative Signal Strength Indicator (RSSI) readings between devices to identify other nearby phones with the app installed. The app sends alerts if users have been within two meters of a known Covid-19 case for at least 30 minutes.

“This is especially useful in cases where the infected persons do not know everyone whom they had been in close proximity with for an extended duration,” say the developers.

Users share their data voluntarily and, according to Singapore’s Government Technology Agency, no geolocation or other personal data is collected, with anonymised IDs held on the user’s phone only.

And there’s certainly demand. The app – which has now been released as open-source code by the Singaporean government – was downloaded more than half a million times in the first 24 hours.

As Covid-19 spreads, digital tracking measures of varying intensity have now been rolled out in 20 countries. Germany, Austria, Italy and the United Kingdom telcos are already sharing data with authorities, Taiwanese officials are tracking self-quarenteeners via mobile phone data, and South Korea has been using mobile data aggressively for contact tracing.

There are reports that Chinese authorities are controlling movement of at-risk individuals in public spaces via a WeChat app extension which collects GPS location data, and records social interactions. If a user tests positive for Covid-19, close contacts are automatically alerted – and their movements restricted.

Israel has approved the use of ‘cyber measures to track patients’ phones’, as has Iran. Authorities in India are currently tracking Covid-19 hotspots with the Corona Kavach app, and it’s rumored that an app with more aggressive tracking capabilities – including location and Bluetooth-based proximity data – is currently in the works.

If the steps being taken by China and Iran seem aggressive, the alternative might be worse: With the UK’s NHS app still in the evaluation stage, citizens are making do with the modest Covid Symptom Tracker, which provides information to help users distinguish between Covid-19 symptoms and the common cold, but also helps researchers map where outbreaks are happening, with the anonymised symptom data collected and made available to the National Health Service and other institutions carrying out research on Covid-19.

“The NHS hasn’t come up with a better alternative and this app seems to be working,” says Prof Tim Spector, brains behind the app and genetic epidemiologist at King’s College.

Last week New Zealand’s Director-General of Health Ashley Bloomfield announced he’s in talks with the private sector to create a contact tracing app, showing that a digital tracing solution is, in fact, on the cards for New Zealand.

The elephant in the room of course is that, both here and overseas, the sweeping adoption of digital tracking is taking place, almost overnight, with little consultation from interested stakeholders or the public.

Sp where does that leave the privacy diehards, as pandemic – and panic – grips the planet?

“Some people will undoubtedly find it a confronting prospect to be contacted by the government and told that surveillance analysis suggests they need to be isolated or tested,” says Fair. “Others will be concerned that such a database, or the broad surveillance capability that underpins it, could be used to intrude on our privacy in other ways.”

That’s a reasonable concern, but like it or not, wide-ranging mobile-based contact tracking is likely to be a worldwide reality soon.

“Many Australians would be willing to see their information used in this way if it saves lives, limits the economic impact, and impedes the spread of Covid-19,” says Fair.

“The Commonwealth has the legal power to do it, the security and privacy issues can be managed, and the benefits may be significant.”

Given that’s the case, let’s hope that legitimate concerns around privacy, security and scope aren’t forgotten in the name of expediency.