NZ and City of Newcastle win big in smart cities 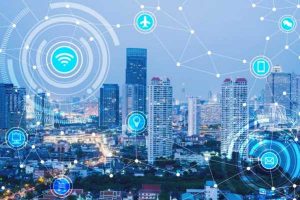 Three NZ projects have scooped up awards in this year’s IDC Asia Pacific Smart Cities Awards, with the City of Newcastle also snapping up awards in two of the 14 categories.

New Zealand’s awards came across the civic engagement, education and sustainable infrastructure categories, while the City of Newcastle took out an award for urban planning and land use, and was a joint winner in the connected and autonomous vehicles, public transit, ride-hailing and ride sharing category, alongside the Traffic Police Department of Shenzhen Public Security Bureau.

Seven Australian projects had been shortlisted for the awards along with four Kiwi projects. There were 17 winners across the region, highlighting A/NZ’s strength in smart cities.

“It’s an extraordinary achievement and shows the breadth of the positive impacts smart technology is having on our society.”

Jefferson King, IDC market analyst, says for New Zealand projects to win across three different categories is ‘an extraordinary achievement and shows the breadth of the positive impacts smart technology is having on our society’.

“New Zealand projects have won in each of the five years these awards have been running. Despite its size, New Zealand is punching well above its weight by delivering high quality, innovative Smart Cities projects.

“Being recognised on the regional stage shows that organisations in New Zealand are successfully leveraging New Zealand’s world class IT infrastructure to enable innovation.”

The winning Kiwi projects were Virtual Wellington, in the civic engagement category, Will Digital Teacher for education and Madden Street in the sustainable infrastructure category.

Virtual Wellington provides a 3D experience of Wellington City and surrounding metropolitan council’s including buildings, trees, roads and other physical features making up the environment, enabling people to interact with city data to understand urban issues and futures.

Will, meanwhile, is an initiative from power company Vector, providing a digital teacher to help educate students about energy. “While the knowledge base of the AI is currently limited to Vector’s energy education program, the aim is to eventually utilise this AI across many different subjects,” Vector says.

Perhaps more interestingly, the blurb for Will notes: “In the long term the project seeks to solve issues stemming from an international teacher shortage, as well as democratise education.”

A Family Harm app, developed on behalf of New Zealand Police, was also a finalist in the awards.

Meanwhile, across the Tasman, Newcastle – which was shortlisted for three awards – won big for its smart city work.

The wins came for the Smart Move Newcastle mobility project, which has deployed e-bikes, autonomous vehicles, smart sensors, and a solar and battery electric vehicle charge network in an effort to ‘optimise multi-modal networks to deliver time critical, accessible options while promoting cycling, public transport and walking linkages to reduce reliance on private vehicles and the city’s carbon footprint’.

The Hunter Innovation Project, providing smart city infrastructure, including fibre, 150 smart poles for improved efficiencies and remote monitoring in the lighting network, a LoRaWAN network for sensors and data collecting devices, a Wifi backbone, smart parking and an environmental sensing network, was the second winner for the City. 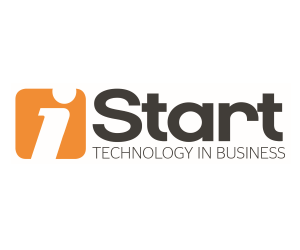