News > Not enough technology a key factor in stagnant productivity

Not enough technology a key factor in stagnant productivity 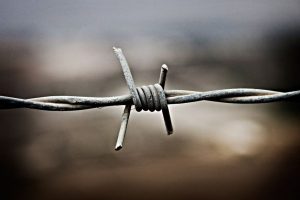 A/NZ businesses warned to step up their game…

The main problem facing New Zealand business productivity today isn’t too much technology – it’s not enough, according to the New Zealand Productivity Commission, which says the country is doing a ‘poor job’ of adopting technology quickly and that’s harming our productivity.

The draft New Zealand, Technology and Productivity report – the first of four reports from the Commission into technology and its impact on work and education in New Zealand – delivers a stinging assessment for a country which often prides itself on being at the forefront of technology adoption, with inquiry director Judy Kavanagh noting bluntly “We do a poor job of picking up technology quickly.”

“More and faster technology adoption will open up opportunities to improve living standards.”

The report mirrors calls in Australia for companies to be more aggressive in their adoption of emerging technologies with Treasury deputy secretary Meghan Quinn saying earlier this year that Australia was falling behind in productivity due in part to its lack of adoption of new technology.

The Productivity Commission report digs into technology adoption in New Zealand, dispelling the myth that we’re early adopters – or at least that we’re moving beyond early trials to adopt technology in full and reap the real benefits available, and highlighting the dichotomy between the technology sector and Silicon Valley hype, and where the business market is actually really at.

It notes that technology is the lifeblood of productivity and income growth, and can have many effects on work, from better job matching and creating new markets to augmenting and replacing labour, reducing costs and providing more effective monitoring.

“New Zealand’s poor productivity growth is due in part to the weak diffusion of technology across the economy,” the report notes.

In a dynamic economy the top businesses quickly adopt the technologies used by their international equivalents, but that’s just not happening on scale in New Zealand.

Quoting K Salmon’s Jobs, Robots and Us: Getting a Grip on the Future of Work in New Zealand, the report says “New Zealand is just not very good at adopting technology and productivity improvements in general… We don’t learn very quickly from what the best businesses are doing overseas. Even the crème de la crème of businesses in New Zealand produce about a third less per hour than the best businesses globally in the same industry. We are ineffective international copycats. Not only that, we are getting less effective at copying each year.”

So what’s holding business tech adoption back? A myriad of factors, from uncertainty over costs and benefits and the smaller number of companies to learn from, to access to complementary skills, to ‘middling to poor’ management capability and risk aversion are cited.

There’s also the ever present aspect of perceived job losses on the back of some technologies, notably artificial intelligence, machine learning, automation and robots.

But it finds little, if anything, in the data to support claims that widespread job disruption, or job loss, is coming any time soon.

The future of work is not certain. There will undoubtedly be change over the next 10-15 years, but not at unprecedented levels, the Commission says.

“If the rate of technological change was accelerating, you’d expect to see evidence in the official statistics, such as faster productivity growth, more business start-ups and more jobs being created and destroyed. But what we see in New Zealand and across the developed world is the opposite.”

In fact, inquiry director Judy Kavanagh says rates of ‘job destruction’ in New Zealand have actually declined since 2000, while rates of job creation are similar to those seen in the early 2000s.

Artificial intelligence is called out for its potential impact on work, but the Commission says for AI to have highly disruptive effects on the labour market there would have to be a fast and continuing pace of AI development, the predominant direct effects would have to be labour replacing and the aggregate effects would also need to be labour replacing.

“There is no general agreement on any of these points.”

Instead the report sounds a cautionary note for Kiwi businesses who aren’t adopting technology, warning that while poor adoption – something it says New Zealand has historically favoured – may mean less disruption to work, it also results in lower productivity growth, lower income growth and fewer resources to pay for the things Kiwis value. And it notes not adopting technology can itself lead to job loss in the event companies see a fall in demand for their products and displacement of workers.

“New Zealand needs to embrace technology, not treat is as a threat.

“The problem is not that there is too much technological change and adoption; there is too little. More and faster technology adoption will open up opportunities to improve New Zealanders’ living standards.

“Embracing technology implies supporting people who are less able to adjust, preparing young people for the future, and setting policies and institutions that encourage the entry and uptake of new knowledge, processes, goods and services by firms.”

Australia too, is being urged to embrace disruptive technologies with Treasury deputy secretary Meghan Quinn saying earlier this year that Australian firms have fallen behind the global productivity frontier in recent years, due in part to their lack of adoption of new digital technologies. (Also impacting productivity: A lack of new businesses and a lack of job switching.) Quinn highlighted that 95 percent of Australian firms are ‘laggard firms’.

Speaking at the OECD Global Forum on Productivity in Sydney in June, Quinn said: “Technological improvements are increasingly embodied in final outputs and increase consumer wellbeing, but have not yet transformed production processes as much as expected.”

While the country is in its twenty-eighth year of continuous economic growth, Quinn says many companies have been slow to adopt technology that could enhance productivity.

“Our energy and metal mining firms – typically operating closer to the international frontier – have been faster to adopt new technologies than firms in other sectors. This is true even for technology that doesn’t seem to be that high a priority for mining on the surface such as ‘data analytics’,” Quinn said, noting other sectors hadn’t been so keen to embrace technology.

So what’s a country to do?

The New Zealand report lists a range of recommendations to prepare for ‘an uncertain future’, including improving systems to monitor labour-market and technological changes both internationally and locally, and potential policy changes to promote the fast adoption of technology, reduce uncertainty and better support those affected by technology adoption.

‘There is time to prepare for change, but not time to waste,” the report says. “In New Zealand, labour-market change is likely to lag, and be more muted, than overseas trends.

“However, that comes with a warning that faster adoption of technology overseas could see New Zealand fall behind with consequences for jobs and incomes.”

The report is part of an ongoing body of work from the Productivity Commission in to technological change and the future of work which saw an issues paper released in April. The final report is due in March 2020.

The remaining three reports from the New Zealand Productivity Commission, scheduled for release one a month until the end of the year, will provide advice on policy changes to help encourage the beneficial adoption of technology and help Kiwis adjust to changing work environment.

Submissions on the report are open until 20 January 2020.