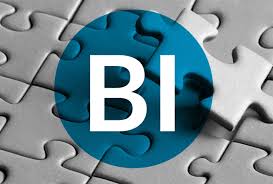 Founded in Melbourne in 2003, 80 percent of Yellowfin’s clients are now based overseas, with tens of thousands of users of white label incarnations of its system unaware of the technology’s Australian pedigree. It’s a company that CEO and co-founder Glen Rabie acknowledged was born global accidentally rather than by design.

“We marketed ourselves digitally… our first major deals were in the US,” said Rabie. Today the company boasts over 1000 direct clients, about 300 of which have used Yellowfin’s business intelligence platform on a white label basis to develop applications used by tens of thousands according to Rabie.

The company, still headquartered in Melbourne where research and development is also centred, employs 77 people and is owned by Rabie and his co-founder and COO Justin Hewitt who bootstrapped the company into its now profitable existence.
Earlier this year Yellowfin debuted in Gartner’s Magic Quadrant for BI and analytics platforms.

The company has also forged links with a range of international software businesses which make up the broader BI ecosystem, a collection of which presented at this week’s user conference – only the second the company has held before planning to hold events next year in Europe or the US.

One international presenter at this week’s conference was Lauren Guilbeaux, principal of data virtualization company Blacklight, which sells tools and techniques to establish one point of access to an array of data sources needed to inform business intelligence systems.

Describing this as a “data lake strategy” Guilbeaux said that it was possible to provide single point access to everything from Twitter feeds, to corporate databases, to Hadoop data collections. Although the company is a partner of Yellowfin’s it has yet to sell its product to an Australian user, despite its being specifically developed for mid-sized users, but Guilbeaux did not rule out establishing a local office in the future based on mounting local interest in business intelligence.

Dr Robin Bloor, chief analyst and cofounder of the Bloor Group, was another speaker at Yellowfin’s conference and acknowledged the growing global interest in big data and the value that could be liberated. However he warned that there would come a time at which the investment in business analytics outstripped the payback it delivered.

Dr Bloor however said that was a way distant, especially since full semantic analysis of information was probably two years hence for most applications.

But he said that the question all organisations should ask when embarking on a BI project was; “Is it worth the effort to get the outcome?”