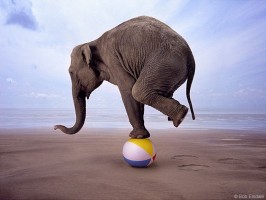 Australian CIOs are engaged in a balancing act – attempting to deliver the digital agenda that boards and investors crave, while keeping tight rein on costs…

According to industry analyst Gartner Australia will this year spend $83.5 billion on IT. But carving up that investment is increasingly fraught.

Andrew Rowsell-Jones, vice president of CIO research said; “Digital has gone from admiring the (digital) problem to fixing and getting on with it. If CIOs aren’t doing it then someone else is, or it’s your competitor.

“By 2020 the top industry leading organisations will generate 15 percent of their revenues from digital cross industry value experiences that are the result of industry convergence.”

The challenge for CIOs according to Rowsell-Jones is managing “the diametrically opposing problem of how to build this digital thing that is complex and expensive when I also have to optimise costs.”

CIOs he said were under pressure to deliver new sources of revenue and enhance customer stickiness to reduce churn. But he said that local CIOs were acting against a backdrop of lower growth than many of their international peers, meaning they also needed to rein in costs where possible.

“They have to give a digital story…but cut costs and increase productivity,” he added.

It adds up to a compelling sales proposition for Gartner itself according to Moe Ali, managing vice president of Gartner in Australia and New Zealand. “In good times they need our company – in bad times they need us more.

“When times are tough senior executives can’t afford to make the wrong decision and they leverage our benchmarking to take costs out of the organisation,” Moe. “For many clients we’re self-funding by taking costs out of operations.”

According to Ali Gartner has global revenues of around US$2 billion Gartner and a team of around 1,000 international analysts, 29 of whom are based locally.

To provide CIO’s with their annual glimpse of the future and insight about the best way to get there, Gartner has lined up its analysts and a series of high profile keynote presenters for its Symposium on the Gold Coast next month.