News > CMOs and CIOs tussle over IT dollars and direction

CMOs and CIOs tussle over IT dollars and direction 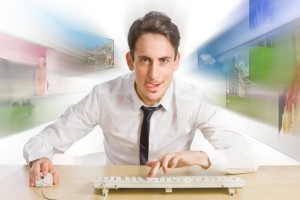 A survey of 255 A/NZ chief marketing officers has found that 91 percent are making technology purchasing decisions, while more than half of all marketing departments have a dedicated IT budget…

Telsyte’s newly released survey reflects the impact that consumer technology and cloud computing has had on the enterprise and the power that it confers on users outside of the IT department.

The CMO-CIO debate was also on display at the recent Forrester CMO+CIO event in Sydney. In an industry panel run by Forrester analyst John Brand, Rohan Ganeson, managing director of sales for Optus explained that getting customer interaction right was critical because customer satisfaction had a direct impact on Optus’ profit.

“The NPS (net promoter score) is directly correlated to the willingness to pay – and impacts right across the organisation,” said Ganeson. And in a connected world consumer satisfaction often comes down to the online engagement that it on offer.

That need to engage and satisfy the consumer was also a key driver at News Corp according to CIO Tom Quinn who said that rather than seeing itself as a media organisation, News now considered itself a retailer. “Given the opportunities for customers to move to a rival product there is no barrier to change – the only way to keep them is make them sticky is by bundling up,” he said, which was why the organisation had invested heavily in systems and data to be able to identify a “next best offer” for a customer.

Ganeson also stressed the need for rapid turnaround on developments, noting that; “If I wait for the IT department to deliver a bulletproof scenario [I] won’t be able to move nimbly.”

It’s a message that resonates at News where Quinn says the organisation now works with a minimal viable product mindset. “The customer is changing, consumers are fickle. You might put a big capex programme together for marketing people – by time that’s ready the demand has moved on.”

Instead he has embraced the concept of developing minimum viable products. “If it’s a goer, then tighten it up later – don’t get so anally obsessed about ticking every box,” said Quinn. He is also adamant about the sustained role that IT plays.

“The tech function builds the service used by the business. You don’t want marketing people writing lines of code or stitching integrations together – but you want to build the device that they drive.”

Quinn also sees the IT challenge through an increasingly marketing focused prism; “This is about delivering customers at the right price to make a profit to keep shareholders happy. Can you be better at managing your customers better than your competitor?”