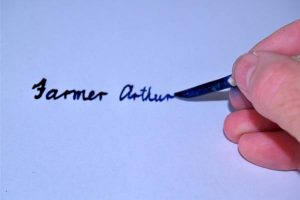 Forrester has already noted a 53 per cent annual growth in the adoption of e-signatures since 2012 – and by next year forecasts that there will be 700 million transactions settled this way.

Lending and insurance broker Savvy Finance is one of the more recent adopters of the technology, and is integrating electronic signatures with its consent documents. The solution delivered by eSignLive, which has recently opened an office in Australia, links with Savvy’s Salesforce system.

Savvy’s staff can start customer transactions in Salesforce, send a consent form to a customer’s smartphone, where they use eSignLive’s system to digitally sign their consent. That consent is then attached to the Salesforce workflow for future reference to speed the process but also provide an important audit trail.

Legal in Australia since 1999 when the Electronic Transaction Act came into force, digital signatures in multiple forms are now widely used and accepted. This also extends to international transactions as the States and Territories have implemented laws so that Australia complies with the UNCITRAL United Nations Commission on International Trade Law.

There are some exceptions where pen and ink signatures are still required – for example for passport applications or power of attorney documents – but generally the physical signature seems to be the latest casualty of digital transformation.

In 2014 Telstra got in on the act when the company’s Telstra Ventures division took a stake in DocuSign. It uses the technology internally, and also sells the solution to its business and enterprise customers.

DocuSign allows users to upload a document, add the names and email addresses of the signers, place tags in the document where the signature, initial and dates are required, and then securely send to the recipient. The organisation can specify what sort of digital signature is required – such as a simple click to accept button, or backed, for example, by a one time SMS code.

The company also recently discussed its accessibility support feature which allows visually impaired users to benefit from the technology by creating audio versions of documents needing signing, along with feedback to confirm to the end user when the DocuSign button was activated properly.

He said eSignLive was often deployed as a white label solution so consumers using digital signatures with three of the big four local banks, for example, would not know that it was an eSignLive solution under the hood. Locally the company previously sold through partners and IBM which hosts the cloud based solution in its local SoftLayer data centres, but following the merger of the company with Vasco Data Security International last year it has opened an Australian office this year.