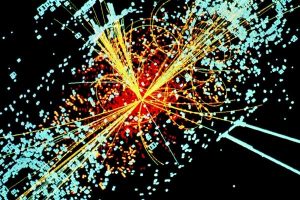 It’s knocked cloud computing off top spot in the list of ‘most hyped IT trends’, yet the Internet of Things (IoT) is emerging as a lot more than just a quirky buzz phrase, says MuleSoft founder Ross Mason…

Predicted by some industry watchers to be as influential as the Industrial Revolution of the 18th century, the IoT has the potential to invoke massive changes on businesses and communities at large. Indeed, there are predictions out there that the number of connected devices will grow to 26 billion or even 50 billion by 2020.

Around the world, IoT projects are already underway. Sensor networks and connected machines are being built that will provide new services to businesses, governments and individuals. Those organisations able to harness the potential offered by the IoT stand to gain a significant competitive advantage, as existing business models evolve and new ones emerge from the new information and insights that connected devices can provide.

The need for connectivity
At its heart, the IoT is all about the data being generated by millions of connected devices. Sensors networks will monitor and report on traffic flows, and will warn of potential failures in machinery, allowing pre-emptive maintenance to be conducted. Computers and personal connected devices will constantly monitor patients and report any changes in their condition directly to their doctor.

However, for these advantages to be realised, the collected data needs to be able to flow freely through many disparate, interconnected networks and systems. Data generated in different formats needs to be collated, analysed and acted upon.

When IoT devices and services aren’t connected well, valuable data becomes siloed. An IoT initiative can quickly become a ‘Just a Bunch of Things’ (JBOT) and any advantage is lost.

The role of APIs
One of the key ingredients to solving this connectivity challenge and creating successful IoT initiatives is through application programming interfaces (APIs). Because they allow disparate systems and data to talk to each other APIs are critical to enabling IoT devices to connect. As IoT projects grow in scale and scope, an API strategy for device connectivity is critical.

While some industries are already well down the API track, others – such as the healthcare sector – have some way to go. For example, there are already many personal devices that collect data about health and exercise patterns, however there is almost no connection of this information with medical records or health care systems to better patient healthcare.

Frustratingly, this is where the collected data could have the biggest impact. If a healthcare organisation could cross-reference patient records with an individual’s wearable fitness device, the possibilities for improved healthcare are endless. APIs can help to close these gaps between devices and healthcare systems.

The IoT at work
As already mentioned there are many examples of where APIs are already working within IoT projects.

Ride-share company Uber has created a global network of thousands of real-time monitored cars thereby solving a specific transportation problem through connectivity. With an app that communicates with the cars through APIs, a person’s phone can make intelligent decisions about which of the available cars to send.

Meanwhile some retail vendors and service providers are creating more connected experiences through loyalty programmes, gamification and payments. Companies like Coca-Cola and McDonald’s are aiming to use APIs and the IoT to gather more information about their customers, find new ways to better engage with them and determine what products to offer next.

A new architecture
The evolution of the IoT brings particular challenges for CIOs and IT directors who will need to think very differently about data access, scale, reliability and security. The traditional architectures that have been applied to projects in the past will need to be rethought.

The IoT brings in a new era of ‘edge’ computing where IT professionals working on projects will have to think about how to allow millions of sensors to exchange information both with back-end systems and with each other.

In this architecture, the edge layer of the network will be responsible for performing collection and collation of data and real-time event processing to allow automated tasks. This architecture reduces the amount of data sent to back-end systems and provides a control interface that can access and manage local devices and sensors. The role of APIs at this edge layer is critical to providing easy access to connected devices, either through a hub or directly.

Taking an open approach
Increasingly, organisations are coming to recognise the clear benefits and opportunities of using APIs to create an open approach to data. APIs allow for the fluid exchange of information both between internal systems and external networks, such as the IoT.

It’s clear IoT projects will have a profound impact across industries for decades to come. Just as the internet transformed the way in which people interact, so the IoT will do the same for devices. It’s critical for CIOs and IT managers to start laying the foundations for applications and data to be accessed through APIs so that the IT organisation can take advantage of the opportunities and respond to the demands of mobile and the IoT. 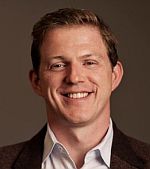 Ross Mason is founder at MuleSoft, the company that makes it easy to connect applications, data and devices.

Other Articles by Ross Mason

What is 2016 likely to bring? The answer, as is quite usual for the technology industry, is highly likely to be an intensification of concepts already in the market, writes Ross Mason…