Effective cloud ERP on a budget 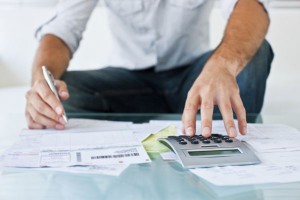 Small and midsize companies can follow these proven strategies…

As the Oracle Insight team engages with fast-growing small and midsize businesses, we invariably hear this feedback: Our needs have outgrown the design and configuration of our current finance system.

Most often, their off-the-shelf enterprise resource planning (ERP) systems don’t scale, are difficult to reconfigure, and can’t address the changes to their business structure or regulatory environment. Moving from an on-premises ERP system to a cloud one typically makes sense for two reasons:

Following are examples of companies that employed smart strategies in moving to cloud ERP. 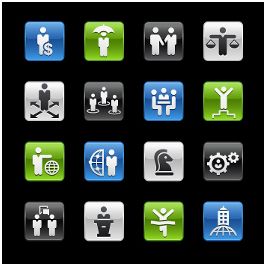 Do the most impactful first
A company we recently worked with needed to upgrade its on-premises ERP system to comply with changing reporting regulations. Three years ago, the company spent close to half a million dollars on a technical upgrade that didn’t deliver any additional functionality. The new initiative took a similar approach: Review the system capabilities for three months, do the technical implementation over the next six months, and then take two months to consider additional business requirements. Close to 30 change initiatives—some of which had been on the list for more than two years—were competing for an annual budget of about $100,000.

By taking the cloud route, the company was able to use only half of the originally earmarked implementation budget, while quickly delivering new features.

Halfway through the first phase of the project, a new chief financial officer arrived and stopped the project. She conducted a three-week finance process review that revealed the need to improve the productivity of the accounts payable team and get better visibility into its spending. It was determined that the company needed to introduce new capabilities, such as automatic invoice processing to eliminate manual retyping and e-mailing invoices, and easy-to-use dashboards to track spending.

Introducing these new capabilities into the previous system would have almost doubled the costs of the technical upgrade. The finance process review determined that the leading cloud ERP vendors could provide the additional capabilities in a phased approach geared toward delivering high-impact functionalities fast.

By taking the cloud route, the company was able to use only half of the originally earmarked implementation budget, while quickly delivering new features.

Use self-service capabilities
Another company we worked with struggled to get information out of its transactional ERP system in a timely manner. The company relied on an external managed service provider to create and amend reports, which took three full-time staffers.
While deciding to implement a cloud-based ERP system, the company revisited its existing reports and found that about 80% of them were used by fewer than three people at any given time. With the cloud service, the company chose to replicate only 20 critical reports out of 150, while managers who requested other reports could often use the self-service report tool.

The initial plan to replicate all existing reports was expected to take eight weeks, whereas the revised plan took only three weeks. In addition, the company is reallocating some of the budget for those three external support staffers to train an internal business analyst who can deliver the needed reports.

Centralise your ERP control
In our third example, a company had started moving its legacy ERP system to a private cloud hosting service provider, and supplemented it with procurement features from a different cloud ERP vendor. It had four different contracts for this arrangement: One to provide cloud storage and infrastructure hosting for the legacy system, another to provide managed services technical support, a third with the procurement ERP vendor, and a fourth with a systems integrator to provide overall system management.

The company decided to unify the contracts under a single cloud ERP provider. The goal was to create a single point of oversight, significantly reduce the cost of the in-house support, and cut the external service support costs completely.

Internalise the process
The last example is a company that reduced the cost of moving to cloud ERP by minimizing the need for external change managers. It did this by ensuring that all members of the finance executive team dedicated one day a week to the project for its duration, each taking ownership of a specific stream. The head of finance operations spent 80% of his time leading the implementation.

The only way the company could succeed was by committing to not introduce any variations to the processes across its operations in the US, Europe, and Asia. Not only did this approach save the company the cost of engaging external change managers, but it also demonstrated the senior executives’ commitment to the cloud project.

Other Articles by Oracle

CFOs should have much to say on cloud computing

The benefits of ERP in the cloud

Enterprise resource planning applications in the cloud offer faster time to value, increased innovation, and scalability with the business…