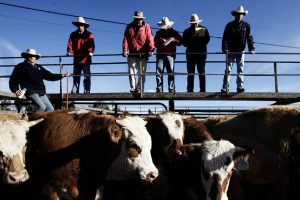 Ruralco provides farmers with all their farming needs, including general farm supplies, seed, fertiliser, fuel and energy. With its business being hampered by time-consuming manual accounts payable (AP) processes, Canterbury-based national agriculture co-operative Ruralco looked to Fuji Xerox New Zealand for a better solution. With the introduction of Esker’s Accounts Payable automation solution, the company has revolutionised this key process, driving down the costs of invoice processing while achieving complete visibility and improving governance and control.

Upon joining Ruralco, group CFO Oliver O’Neill found a situation which, from an accounting perspective, was tedious and time consuming. “We have 16,000 SKUs. We sell everything from pipe fittings to bulk grain and ship from Canterbury all over New Zealand.” With tens of thousands of invoices processed per month, Ruralco also makes payments every day. Further complicating the company’s AP environment is that it has different terms of freight with various suppliers, and must manage inventory across a multitude of SKUs, with monthly billings of over $20 million.

“Now, we’re not fighting fires the whole time, but doing value-added tasks which benefit the business.”

“We had no overview of the [procure-to-pay] cycle; there were paper invoices all over the place – we received 90 percent of them by email and typed them into our MicrosoftTM Dynamics Great Plains ERP system – there were constant issues with inaccurate POs from outdated price lists. When month-end came, it was a constant struggle to get everything closed, with approvers out of the office, papers stacked here and there; to get an idea, we literally needed a forklift to find invoices if we needed them a year after the fact.”

Ruralco at one point had 25 people employed to handle the vast scope of their administrative and financial processes and decided a whole new approach was needed to cope with their antiquated procedures and associated volume of transactions.

Solution
A commitment to make a change to a situation which was clearly less than optimal came directly from the company’s raison d’etre. “We are a company that thinks differently and leverages technology to lower input costs to increase margins for our members,” noted O’Neill.

Having learned about Esker’s Accounts Payable software from an associate, Ruralco requested a demonstration from Fuji Xerox New Zealand Enterprise Consulting, while also evaluating other systems available on the open market.

Benefits
With Esker, Ruralco has a full overview of where invoices are at all times, with a dashboard view of how many invoices are being processed per person per day.

Dynamic real-time reporting shows where invoices are in the process and how long it is taking an approver to action an invoice. Approvers use the mobile app to view their invoice queue and approve invoices, significantly accelerating processing. Additionally, all the invoices are stored in the cloud for seven years, effectively putting the forklift out of work.

Since implementing Esker’s cloud software, O’Neill says there has been zero downtime. “It just works. It has an app, it has delegation of authority, it has complete visibility. I can log-in with my phone and find any invoice, see where it is in the process, and even approve it, in seconds.” He has praise for Fuji Xerox New Zealand, which handled the implementation and support. “It wasn’t like other IT companies where you get a nasty surprise with the pricing; they were clear and upfront. And in terms of support and a customisation to handle drop shipping, it’s been nothing short of excellent.”

From 25 staff members in the finance department, Ruralco is now down to just 6 individuals, ‘two and a half’ of whom are focused on AP. “The system just works. When done manually, we had people drowning in paper. Now, we’re not fighting fires the whole time, but doing value-added tasks which benefit the business, while AP largely handles itself.” All that, O’Neill says, is why the payback period is calculated at around 12 months.

And there’s one final benefit which has flowed from the introduction of intelligent automation to the AP process: fertile ground now exists for the further introduction of smart technology. “It’s the tip of the iceberg and there’s a lot more to come. The success of this project means we’re very open to further technological advancement,” he concludes.

“The invoices are sent by suppliers to a dedicated AP address which automatically sends them into Esker. With approved vendors, there’s straight-through processing and payment happens automatically. And best of all, we literally no longer have a single piece of paper coming through the finance team.”
Oliver O’Neill, Group CFO, Ruralco

Source: This article was originally sourced from Esker 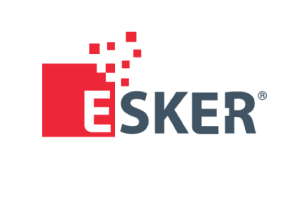 Reduced DSO, increased auto pay and farewell to past due customers…