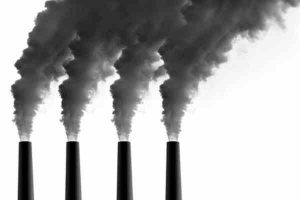 The sustainability age has, in theory, replaced bean-counting with carbon-counting. Richard Chirgwin looks at what is happening in practice…[View as PDF]

Here’s a paradox: businesses have the opportunity to save money and improve business processes – but many resist doing so. Welcome to the world of ‘carbon accounting’, and a lesson to be learned from the potato crisp.

The potato crisp in question is sold in the UK under PepsiCo’s Walkers brand – as iconic there as Smith’s in the antipodes. Undertaking a comprehensive audit of its carbon footprint (an exercise in detailed carbon accounting), Walkers discovered a perverse incentive in its supply chain.

By paying its suppliers strictly by delivered weight, the chip-maker was encouraging everyone from farmers to its factory door to maximise the potatoes’ water content. This was energy-expensive twice: the suppliers spent money on temperature-controlled humidifiers to protect their precious crop, while Walkers then spent money on extra frying time to drive off the extra moisture.

Having discovered the wasted carbon input during a joint project with the UK’s Carbon Trust, Walkers crafted an incentive to reward farmers for lower water content, and cut its own emissions by saving 10 percent of the frying time.

If there’s a good enough reason to make the attempt, the dull business of carbon accounting can pay for itself, not under the coercion of regulatory compliance, but because it helps identify and eliminate waste.

Steven Hafey, product manager at Pronto Software in Australia, says many companies can benefit by the greater visibility into costs that carbon accounting can provide. “Why is our biggest cost here in diesel?” is a good rhetorical example, he says. “‘Why is a particular facility using more carbon?’ If you’re not tracking it, you can’t do anything about it. It starts with having a look.”

SAP’s Asia Pacific-Japan director of sustainability, Darren Green, says “Really, it’s all about energy. If you can focus on energy, there’s a real cost saving.

Three percent is a genuine bottom-line saving. So carbon accounting is about understanding energy use, because for most companies, that’s where the real savings are going to be.”

An emerging, but as yet inconsistently applied segment in the business software industry, carbon accounting is a straight-forward enough proposal.

National emissions reduction schemes are based on attributing and charging, in some way or another, for carbon emissions, which means that to comply with such schemes, businesses need to account for their emissions.

That’s an opportunity for the IT sector, met variously by integrating carbon accounting into existing systems (vendors such as Pronto, SAP, Epicor, TechnologyOne and others), or by creating standalone systems (Carbon Systems in Sydney).

Today, it’s an activity which companies seem only willing to complete under compulsion – something which has hampered the deployment of purpose-built carbon accounting systems’ ability to take the place of nearly everybody’s default entry to carbon accounting, the spreadsheet.

Carbon schemes
There are also international differences between carbon schemes, even between Australia and New Zealand, which can make carbon accounting more complex to execute and, in the case of New Zealand, often voluntary.

These are the companies required to obtain permits under the CPRS – permits which attract a fixed price today, but which will become a fully-tradable instrument between 2015 and 2017. The scheme is also to be linked to Europe’s ETS in 2015, allowing the purchase of permits from European sources as well as Australian.

All of this rests on a dataset much older than the CPRS itself: the 2007 National Greenhouse and Energy Reporting Scheme (NGERS) established reporting requirements that are the foundation of the CPRS.

Scope 1 emissions: the direct impacts of their operations in terms of carbon dioxide equivalent emissions (with the Act’s accompanying regulations listing equivalencies for 23 other chemicals, all the way up to Perfluorohexane whose greenhouse potential is 7400 times that of carbon dioxide).

Scope 2 emissions: the indirect impacts by way of (for example) energy purchases.

Scope 3 emissions: those associated with a product’s lifecycle after sale (such as the consumer’s usage of a microwave oven) are not mandated for reporting.

Offsets and abatement activity are also required to be reported, and in the case of offsets, the regulations demand the identification of the source, because developed and developing nations are treated differently under the Kyoto Protocol.

There is, additionally, a set of what Erwin Jackson, deputy CEO at the Climate Institute in Australia, called “onerous obligations” for proving that someone is “fit and proper” to engage in carbon trading.

NGERS imposes penalties of up to AU$200,000 (with extra penalties for running late) for companies whose reporting isn’t compliant.

While the long years of international debate over climate change abatement have failed to produce dramatic international action to reduce greenhouse emissions, they are clearly visible in much more prosaic outcomes – such as the development of international reporting, recording and classification standards. Hence, both Australia and New Zealand – along with a large number of other countries – base their greenhouse policy on the Greenhouse Gas Protocol (ghgprotocol.org/).

A Ministry of the Environment spokesperson noted that New Zealand treats some sectors differently from Australia. For example, emissions from fossil fuels are reported by the source, rather than by the users: a coal mine reports the carbon, rather than the factory that burns the coal. On-farm agricultural emissions, on the other hand, are shifted down the supply chain to processors, however, the New Zealand government recently announced that it would put off, indefinitely, the date at which farms will be brought directly under the ETS.

An important administrative detail is that rather than a single regulatory instrument as has been adopted in Australia, New Zealand has opted for sector-based regulations (the full suite of regulations is listed at the government’s Climate Change information page, at tinyurl.com/c7by4kc) and other than the companies covered by the ETS, all reporting is voluntary. 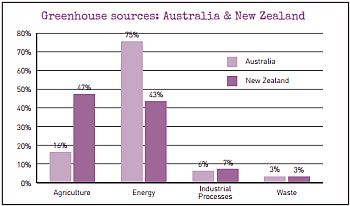 “You need consistency with the international rules – you don’t want it to be a wild west.” Standardisation also helps reduce compliance costs, he says. “Having alignment across the globe in terms of common accounting metrics is in everybody’s national interest.” Measurement that’s based on “robust science” builds confidence in carbon accounting, he added, and simple regulations makes compliance more likely.

Hafey agrees: because of the international standardisation embodied in documents like the Greenhouse Gas Protocol, he said, “the calculation algorithms are pretty much international … nice and generic.”

However, Hafey notes, governments in both countries are lagging behind IT reality in the matter of reporting, with mechanisms that rely on online forms without the convenience of a published API (application programming interface) – meaning that whatever IT system a customer puts in place, there’s inevitable double-handling of the data.

Why Bother?
The market as it now stands poses a problem.

Carbon accounting has arguably reached most of the Australian organisations covered by the mandatory scheme (and probably those at its periphery, since they will be watching their emissions closely to try and avoid crossing the 25,000-tonne mark); and in New Zealand, government policy has dramatically reduced the need for such systems.

That has turned the IT industry’s mind to other things: whether carbon accounting can find its payoff in other ways. According to Green from SAP, projects rarely get off the ground on feel-good alone.

“The world of carbon accounting has changed in Australia,” Green stated. “Before there was no board-level motivation to get rigorous.” For companies like BHP Billiton or Macquarie Generation, “If the carbon bill is in the hundreds of millions of dollars, you can’t run it on a spreadsheet.”

The record-keeping looks relatively straight-forward, Dr Sumit Lodhia of the University of South Australia’s School of Commerce explained – but the scope of the data gathering can be surprising, especially for large emitters.

Scope 2 emissions, Lodhia says, are the easiest to report – since they can be easily derived from the energy bills. The challenge for companies reporting Scope 1 emissions is not that they’re especially complex, he says, but that they can involve a very large number of data points.

Market responses
The reasoning behind integration into financial software is simple: “The structure of the information that the [Australian] government wants, and how they want you to report it, is very similar to a general ledger profit and loss – and that ties in very nicely with the way people structure their financials,” Pronto’s Hafey explained.

He says Pronto looked at the required data structures and implementation challenges for some time before launching into the carbon accounting segment. Its two key decisions have been to integrate carbon accounting for free, and to make it backwards compatible to older versions.

Even if the software problem is easy to solve, SAP’s Green says, business processes – the simple decision of who should capture carbon data at what point in a business process – need consideration.

“Accounts payable is a familiar, well-thought-out process,” he says. A data entry operator “takes a bill, the data, the vendor, the price – but until now, not the kilowatt-hours. “So one question is: do you re-engineer accounts payable to capture it, or design a separate process?”

“It might even be a concern for cost-centre accounting. In SAP’s branch office in Melbourne we have half a floor of a commercial building that we don’t own but there are five departments represented here. Do we try and allocate a carbon cost against the three people in the corner, because ‘Melbourne office’ isn’t a single cost centre?

“We’re asking our customers to think about the level of granularity they want,” he noted – and this is not a software challenge, but a business challenge.

However, in spite of such considerations – and the fear that the words ‘new business processes’ can engender in IT departments – Green firmly believes that the payoffs are worth the effort, regardless of the strength of the reporting obligations that exist.

“Some companies might get caught up in the negative aspects, and miss the opportunity. You can start to compare, measure, benchmark, and understand your opportunities to improve.”

Hafey agrees: “Even though we’re not charging for it, a lot of customers are still looking at [carbon abatement schemes] with a sense of fear. It’s something extra that they don’t want to do.”

But the understanding that leads to examples like Walker’s chips, he says, is something that benefits both the company’s finances and the environment. Why not see if the ROI exists independently of regulation? he asks.