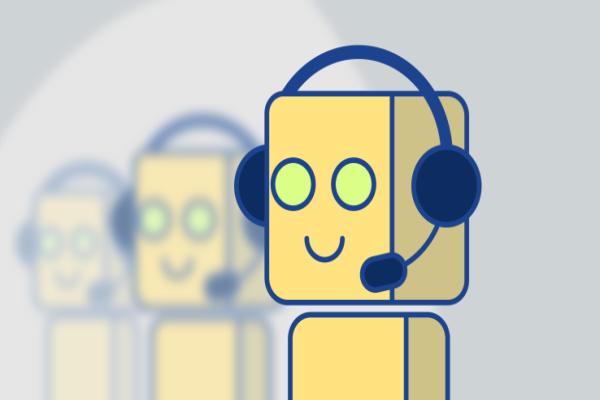 With bots taking over the world, isn’t it a good thing they are so friendly…

Getting your big idea ready for some venture capital dollars? Ready up with the assistance of Pitchbot, a chatbot which will talk you through the likely interrogation you’re going to face at the hands of the people who can make it rain money.

Pitchbot does what it says on the tin: select the type of VC you’ve managed to schedule an appointment with (Angel, Incubator, Seed Fund, or VC Firm), then let the bot run you through the questions and interactions that each type of entity is likely to throw at you. In just ten minutes, reads the tin, you could be, ahem, pitch perfect.

This is just one example of how bots are becoming increasingly useful little critters when they are being friendly (rather than naughty, like the ones which scour the internet looking for code weaknesses that their nefarious masters can exploit. Or like Microsoft’s ill-fated Twitter bot Tay, famously described as ‘a racist asshole’ in this headline).

Notwithstanding that glowing endorsement, Nick Whitehouse, chief digital officer at law firm MinterEllisonRuddWatts, is enthusiastic about the technology. “Chatbots are the poster children of the 4th Industrial Revolution. With the use of cloud powered machine learning and the virtualisation of traditional business, chatbots are helping lead a fundamental change in how we seek and respond to information, and introducing us to the incoming world of AI-based virtual assistance which will ultimately consolidate the current chatbot boom,” he said.

Meanwhile, in its ‘The ABC technologies that will change future customer experience’ Gartner reckoned the term ‘bot’ is relatively new, although in our experience gamers, geeks and others on the fringe, including said nefarious masters, have long used bots on the internet (and elsewhere) to do specific things for them.

From bots to Siri, Cortana and Google Assistant
That goes to the heart of what a bot is – and that’s nothing more than a bit of code which, generally, runs specific automated tasks. CNET has a handy ‘know it all’ guide which will bring you up to speed (and confirms that bots have been around since the beginning of the internet). Gartner’s ABC technologies, by the way, are ‘algorithms and artificial intelligence, bots and chatbots’.

These things are a big deal and, as implied in the ABC, a ‘good’ (that is, effective) chatbot, specifically, will depend on quality AI if it is to deliver on its promise. Actually, the ABC goes further and makes it explicit. Gartner explains: ‘Chatbots, a specific type of bot tailored to human interaction, use AI to process language. A chatbot can speak and understand speech and will parse what humans say and attempt to understand a request.’

Does this, and Whitehouse’s observation, sound familiar? It should because chatbots are on most smartphones these days and even have anthropomorphic names (and personalities). They are the voice assistants from the giants of the industry and represent the sharp end of chatbot development: Siri, Cortana and Google Assistant, in other words, along with Amazon’s Alexa and heaps more besides.

So big a deal are chatbots that some are saying they are ‘the biggest thing since the iPhone’ with the likes of Microsoft and Facebook getting well into the action, and Satya Nadella describing the technology as ‘inevitable’. The Microsoft supremo even reckons chatbots will replace the browser.

Homegrown chatbots
It’s not just the big internationals, either; accounting software vendor Xero made its intentions for chatbot technology clear months ago. John Manktelow, the company’s GM products, told iStart that its chatbot is operational and adding value. “The biggest impact these things will have is the way in which they change the user interface,” he noted.

Manktelow called it ‘non-hierarchical navigation’ and that makes a good deal of sense to anyone who has ever struggled to find, for example, an arcane feature tucked away in a submenu. Asking for and getting it is a lot easier than clicking fruitlessly through endless menu bars.

Whitehouse backed that up. “As users, chatbots allow instant access to information as opposed to waiting for someone to come back to us. Why not ask a natural language question and get a personalised recommendation instead? All of this feeds our need for instant gratification or helps us resolve support issues before they boil over,” he said.

And it isn’t just the likes of software vendors which are integrating chatbot technology into their products. Whitehouse said his team is already experimenting with the technology because, “As businesses, chatbots allow us to serve our customers more effectively, personally and consistently.” He said an FAQ is a good example where a chatbot can do better. “Most questions asked are not new, but connecting customers to that information is inefficient.”

By contrast, said Whitehouse, chatbots allow businesses respond to these common queries and make personalised recommendations in an instant.

Maturity of technology…or society
It is, however, early days yet, not necessarily from a technology maturity point of view, but in terms of how people are conditioned to interact with their computers/phones/technology, said Manktelow. “I’ve been called a Utopian, but as we start to seek more value from data, it will be much better suited to conversational stuff and things that prompt you in the right direction. Even if it is something like Google telling you where you parked your car.”

Again, this makes sense. Too much data leaves most of us floundering like a flatfish and we need all the help we can get to stay on top of things. Mnemonics once provided a push, now chatbots can do it better. “Right now, though, we’re probably at a phase where it is just wrong enough [to use a chatbot like Siri] to be annoying,” Manktelow added, perhaps harking to Uncanny Valley. Admit it – you probably still feel a bit of a pillock saying ‘OK Google’.

From an implementation point of view, Whitehouse said that as the chatbot explosion is being driven by a variety of platforms which have rapidly matured through 2016 (he cited Microsoft and Facebook), building a rudimentary chatbot is a fairly easy process. “The really good ones are able to chat in a way that is near-indistinguishable to humans, effectively nailing natural language. Microsoft does this quite well when integrating with its Language Understanding Intelligent Service [LUIS]. These platforms have seen the developer community take advantage of machine learning to build accurate recommendation engines, sentiment analysis to steer decisions, and the use of wide data sources to provide a richer chat experience.”

And, said Whitehouse, given that chatbots never sleep, always learn, never get grumpy (“Unless you code them to,” he quipped) and are interconnected, it would be crazy to overlook the chatbot craze.

But back to Pitchbot, which got us started on this particular flight of fancy. In its case, the ‘AI’ is arguably fairly simple: we selected ‘Angelbot’ and punted our idea of creating ‘Phase Simulators for warp speed development initiation’ to put it through its paces. The results were kind of what you would expect: the bot asks questions, you get multiple choice answers; it is not difficult to see how logic flows through the monkey puzzles.

Does it work? Let’s just say you can expect iStart to commence sales of Phase Simulators in the coming weeks.