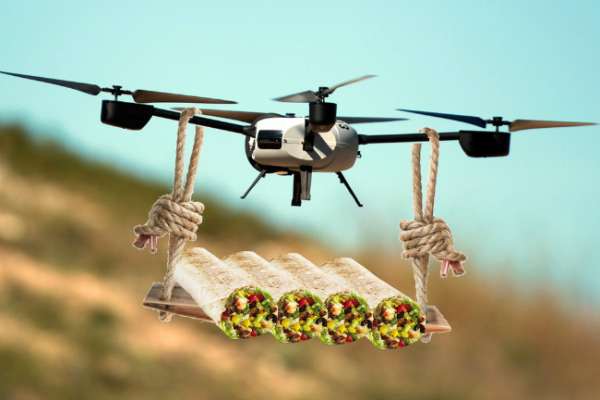 But regulation is yet to catch up…

The use of drones for commercial purposes may be taking off across Australia and New Zealand, but while the safety side appears to be tightly controlled, legislation to protect around privacy concerns is lagging and delivery by drone remains problematic.

While commercial trials for delivery services are underway in Australia – with Google subsidiary Wing forging ahead with its plans in Canberra – New Zealand trials remain grounded with contention over airspace restrictions in both Northland and Central Otago.

Both countries are also looking at implementing registration or licensing schemes for recreational drone users.

Australia has nearly 1,400 commercial drone operators – and an entire branch of the Civil Aviation Security Authority, with more than 15 staff and growing, devoted to the remotely piloted aircraft sector.

“There is a tension there about the level of regulation you impose to achieve those safety outcomes.”

While the potential of drones for delivery has been a popular scenario for several years, it is proving slow to get off the ground.

Peter Gibson, Civil Aviation Security Authority corporate communications manager, says Australia’s approach has been to ensure that the regulatory regime doesn’t inhibit growth and development of the drone sector, which is now ‘clearly its own standalone sector of aviation’.

“We’ve been making sure regulations aren’t inhibiting the development of the drone sector but at the same time we’ve got to balance that out against making sure the appropriate safety standards are meet and the risks are identified and managed properly.

“There is a tension there, which is there in normal aviation too, about the level of regulation you impose to achieve those safety outcomes, versus not putting too much red tape on operations.”

Australia’s regulations were a key factor in winning over Google subsidiary Wing, which is currently running drone delivery trials in suburban southern Canberra, something Gibson admits is ‘quite unusual’ given it is beyond line of site and requires drones to operate closer than the 30 metre exclusion zone around people normally required.

Wing, which is delivering fast food and non-prescription chemist products via drone, initially started its trial in rural residential areas to prove the drones were reliable and safe, and that the crucial traffic management system worked.

“Once we were happy with the safety outcomes, they applied to do trials in suburban Canberra and we have given them approval to do so,” Gibson says. The trials required a number of exemptions for Wing, including the right to land within five metres – instead of the normal 30 metres – of other properties.

“Anything like a home delivery at this point requires a number of exemptions,” Gibson says. “It’s a very significant trial – not just for Australia but internationally – of real life home deliveries.”

A key part of the Wing trial is the development of a highly sophisticated traffic management system, ensuring drones sense and avoid obstacles, including other drones.

The system required extensive mapping of the region – Google’s forte. Once the software platform is perfected, it’s likely it will become a commercial offering, notes Gibson.

“The plan Google and others around the world have is to be able to develop all this software and technology, so other people can buy it and it can easily be approved [by regulatory authorities because it has been tried and tested].”

New Zealand’s plans for trials, meanwhile, seem dead in the water, at least for now.

The CAA permitted a restricted 874km2 airspace in Northland to trial drones flying beyond line of sight in May 2017, with tech company Paua Interface delegated to manage the space. The deal followed the release of a new regulatory framework, opening New Zealand airspace to ‘unmanned air vehicles’ operated by remote, ground-based pilots working under strict conditions. However, despite plans for trials of a medical delivery service to kick off last November – and early optimism of international trials in Northland – a CAA spokesperson today confirmed no trials have gone ahead yet.

Plans for a proposed restricted area for commercial drone testing in Central Otago are reportedly facing heavy opposition, with a public meeting late last month turning into a verbal ‘punchup’.

Both CASA and CAA cover safety aspects of flight, rather than privacy – an area both organisations admit is causing consternation in the two countries.

“There is nothing specific anywhere in any laws, state, federal or local government that cover issues like privacy in relation to drones,” says Gibson. “It is a problematic area.”

The Australian Privacy Act offers minimal protection – it only applies to corporations with annual turnover of AU$3 million or more.

“When you get down to small organisations and other individuals, there are no specific privacy laws, it is just for the courts to determine if you take a privacy action against someone. It’s a somewhat interesting area,” Gibson says.

Meanwhile, state and territory legislation around surveillance is piecemeal, with little understanding of how existing laws will apply to drones.

In New Zealand, too, privacy issues are causing concern. A survey by air traffic organisation Airways earlier this year highlighted the lack of concern by drone operators into privacy regulations. The survey of 1460 drone pilots, including nearly 600 commercial operators, found that while two-thirds of overall respondents (and 72 per cent of commercial operators) said they always ensured strict compliance with civil aviation rules and regulations, less than half said they always ensured they had necessary land owner approvals for flights.

CAA figures show there have been 29 actions, including 18 infringement notices and fines, given for breach of drone rules in New Zealand in the past five years.