Feature Articles > Data to fund the Crusaders’ ‘Field of Dreams’

Data to fund the Crusaders’ ‘Field of Dreams’ 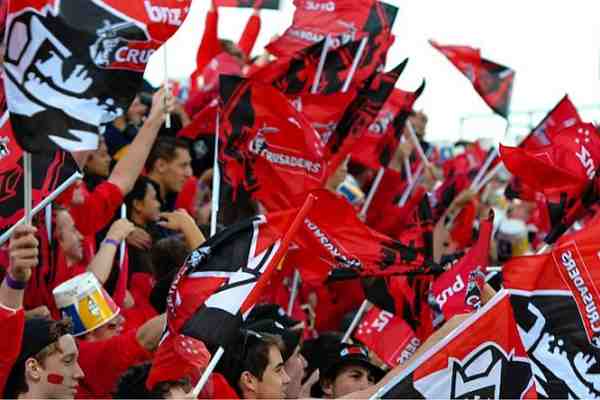 Christchurch-based Super Rugby franchise the Crusaders is the most successful professional rugby team in the world, as well as the current title holder.

Thanks to Mother Nature it also has the crappiest stadium with the least number of seats for sale of any team in competition. That fact has also removed it from its Lancaster Park ‘Field of Dreams’ perch of selling the most tickets per game (on average) of any Super franchise.

With that backdrop, ensuring the high performance demands of the team remain well funded is a major challenge. The franchise has had to attract and retain strong commercial sponsors, to the point where sponsorship revenue is second only to broadcasting rights in value, with bums on seats, hospitality and merchandise further down the list.

It’s an environment that means the board, and general manager of commercial operations, Warren Goddard, have to get creative with how they deliver value to sponsors.

Software, data and analytics are playing a vital role in doing that.

Goddard, and right hand marketing man Doug McSweeney, have leveraged the capabilities of one of their key sponsors to bring data into play to drive value for the business.

“Now that we have quality data we can really start to drive our marketing communication out to fans. We’ve gone from a collection of spreadsheets to a cleansed and aggregated data set and a streamlined and highly effective multi-channel marketing asset,” says McSweeney of the Infor CRM tool they implemented for the 2017 season.

Helping McSweeney’s job are 120,000 loyal and passionate Crusader fans who engage with the team in a way that most brands would envy. Those fans are also customers and a willing audience to strengthen engagement around the brand to encourage season pass sales and build excitement prior to game day gate takings.

Infor, the brand emblazoned on the rump of the team strip broadcast into 150 countries, and across fervent supporters’ behinds, is both a key sponsor and, likely unbeknownst to most fans, the third largest enterprise software company in the world.

The relevance of Infor to rugby may not at first be obvious. “We have a very robust structure for partners – they must be global brands, sophisticated but with capabilities that bring value back to the team to ‘make the boat go faster’, they must be relevant to the fan base and ‘connected’ with their customers,” explains Goddard.

Making the boat go faster – in Kiwi sailing parlance – is where Infor CRM, a sophisticated piece of customer management tooling, has created a valuable connection between the two brands. Add that Infor also has a 30-man R&D centre in Christchurch, and a sizeable local partner in staunch Canterbury rugby sponsor EMDA (itself supporting Infor software that runs a good portion of the manufacturing operations in the region), and the relationship starts to make sense.

Selling tickets to fans is one obvious benefit of good marketing tools. Another less so was integrating e-commerce and POS gateways. These have started to round out McSweeney’s insights into fan behaviour. Insights such as a $7.66 return on every dollar spent on a shopping mall engagement campaign and stats like a 10 percent growth in ticket sales from 12 percent lower marketing costs.

“The Crusaders will be the first team in New Zealand sport to sell out every seat in the stadium to season ticket holders.”

The results led to Goddard convincing the board that he should follow McSweeney’s recommendation to hire a full time digital manager.

“That took some selling to what is quite a conservative risk-averse group, but in the end the results spoke for themselves, and fortunately for us, I could lean on one of our key strategic platforms – ‘Follow No One’ – to get approval.”

That decision was followed by a US road trip for the whole commercial and marketing team – including new digital manager, Brooke Henderson – from which dawned a realisation of the true value their CRM investment.

Among other sports marketing & sponsorship insights, the trip highlighted leading edge ways to combine fan data with sponsors’ to create cross-promotional opportunities that exponentially improve marketing returns. This has seen the launch of a pin-point season ticket campaign intersecting fan data with another sponsor’s 220,000 digital customers. The campaign sold out in days.

Such is the value, Goddard makes a bold prediction: “The Crusaders will be the first team in New Zealand sport to sell out every seat in the stadium to season ticket holders.”

While the Crusader’s current temporary stadium may not allow that to happen in the current climate, you can be sure to hear it more loudly once Cantabrians’ priorities return once again to their Field of Dreams.

Keeping business and IT aligned…

Another day, another nebulous business acronym, but this one may have some wisdom behind it…

The robot hordes are coming to manage the customer experience. Welcome to hell…