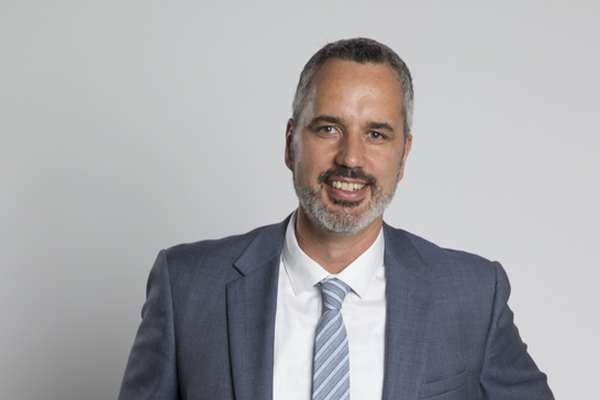 Cowan Pettigrew’s goals for KPMG don’t sound that much in line with what you’d expect from one of the big four global auditors, known for its financial audit, tax and advisory services.

The CIO of KPMG New Zealand wants to make it as easy, robust, streamlined and personal for customers to order services and get in touch as it is to order something from Amazon and to make joining KPMG as easy as ordering pizza online.

The 100 percent Kiwi owned business is undergoing its own digital transformation to drive stronger customer insights, while also providing a helping hand for other Kiwi companies looking to reinvent themselves digitally.

“In part the rise of the CDO position is because CIOs failed to recognise the need to transform and deliver more than just compute services.”

For KPMG New Zealand, the move has unleashed new business opportunities, with the upcoming launch of a robot-as-a-service offering – more on that later – as well as internal changes.

So how does a company begin a digital transformation – or in Pettigrew’s preferred term a digital business plan. (And now is probably a good time to point out that Pettigrew’s views are his own, and not those of KPMG itself.)

“When I ask companies what does digital mean to your company, by and large most people stumble then and there,” he says. “They go, well, it’s um, it’s getting some stuff on my phone or turning our workflow into a digitised manner. But they really struggle to answer what they are looking to achieve in this digital transformation or digital strategy they’re doing.

“Digital is not the strategy. Digital is a tool that supports a firm’s strategy. You don’t say, I’m going to do a digital strategy and then do it in isolation, because all that leads to is digital for digital’s sake and that sets you up for epic disappointment.”

Key then, are understanding exactly where a company wants to go, its vision and the subsequent operational mission statements, with the CIO then putting in place plans to digitally support that.

“If you haven’t made those links then many CIOs will run the risk of doing something digitally that really doesn’t produce the one commodity that digital transformation should deliver back: time,” he says.

“Yes you can get digital workflow and ROI but the baseline commodity is you can do things quicker, faster so you can go do something else. And that is represented in time.”

Fuelling NZ’s prosperity, fuelling digital
In this case, KPMG’s vision is to fuel New Zealand’s prosperity and Pettigrew has an ‘outside-in’ (customer-first) focus for the DX, which is driving a desire to deliver client-facing digital platforms.

Pettigrew, who took on the role in 2016, started with centring the business around a platform, which would enable them to focus on the single platform they knew served their market well, and ‘discard all the other noise around every other app coming out every day’.

“You want to pick a platform that is well funded, stable, has a pedigree of evolution, is market agnostic because we are professional services, and – this is the key element – can integrate with other apps easily.”

From there Pettigrew and his team dove deep into the platform, ‘understanding how to integrate it, how to use it, what tools can link up with it, how it works on phones, how to make it easier for people…’

Mindful of the potential for new disruptive technology coming at any time, Pettigrew – who is ex-Army and police, something he admits has baked security and quick reaction forces into his everyday thinking – and his team have built an application service bus that has the capability to rapidly ingest new applications.

“If something came out tomorrow and the business said we’ve got to make use of it, I’ve got a team, you can grab an app and start integrating it.

It sounds simple, but Pettigrew says for a number of CIO’s the ‘I’ in their job title doesn’t stand for information, but for infrastructure: “Historically, they been focused almost with the mentality of just keeping the lights on.

“But being a CIO these days is about expanding your reach into the business, saying ‘how can I be delivering client-facing solutions or solutions that can be externalised?’,” he says.

“I think in part the rise of the CDO position is because CIOs failed to recognise the fact they needed to transform and deliver back more than just compute services.”

Looking outwards
Remember that robot-as-a-service/automation-as-a-service we mentioned earlier? It’s another of the transformation projects Pettigrew and his team have been working on.

While the service was tested internally and will continue to be a driver in KPMG’s internal efficiencies – it is being used across the business including for back office functions and employee on-boarding – it will launch to the wider market soon.

“It’s about helping the business achieve its strategic goals – in this case KPMG fuelling New Zealand’s prosperity. I don’t do that by building a back end RPA service, I do it by building an RPA centre of excellence that can be used internally, but can also be sold as a service.

“I always try to take the tool set and find a way to create externalised solutions with it. It doesn’t always work, to be fair, but it’s important to have that view because the business should expect more of a CIO than just keeping the lights on or keeping Office 365 updated.”

In automating systems, Pettigrew says it was key to have some guiding principles, including having no human intervention.

“The moment you think you can fall back to a person, you start shooting yourself in the foot.”

It’s an issue he sees beyond automation too. “People often digitise one part of the process only. So Person A in finance is happy, they’re work has been digitised. And Person B, the next person in the chain is going ‘what a disaster, I’ve just been handed a hospital pass from a digital process that has now tripled my workload.

“That happens all the time. You’ve got to see the entire process through and it has to deliver time, or a return in some form, back every step of the way.

“Otherwise you’ve just jumped on the digital merry-go-round and you’re just going round and round.”

“If a process doesn’t meet the FAANG effect, then you really haven’t developed a tool or solution set that is in touch with today’s people, let alone tomorrow’s people.”

Show me the money
It’s easy to assume that the CIO of one of the big four professional services companies has unlimited access to resources when it comes to digital transformation. Pettigrew disagrees. “Sometimes we can be like the mechanics car or the builder’s house – always in need of stuff being done.”

But he says, if you’re smart in selling a project to management, it’s hard for them not to resource it.

“The ability to get resources in the correct manner is all about showing the value it will deliver.”

“It’s very hard to argue with insights provided by value driven data. So once you’ve figured out where the company is going and what the role of digital is in that, step three is to get the resources to implement the strategy.

“When I’m pitching digital services like the robots-as-a-service, I do a work up on what it would mean, how it would work, what the charging model would be, what the cost base would be, and what the expected sales could look like.

“TBM is an important part of going digital. It’s not just about technology It’s about people, process and technology. Always the three together. If you don’t have that as your guiding principal, you are going to fail,” he says.

“Digital transformation can be hard, courage is essential,” Pettigrew says laughing. “But you have to face into it with a clear vision – and that includes a clear outcome in mind of what you want to achieve – clear commitment and courage.”