Estonia brings digital lessons down under 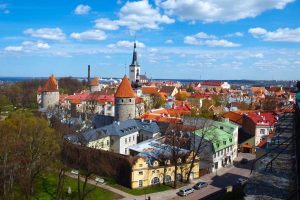 Estonia may seem distant, but it provides lessons in what government digital leadership really looks like…

Estonia is a small country with no natural resources and a desire to keep taxes low, so it needed to find a way for government to be more efficient, explained Siim Sikkut, the digital advisor to the Prime Minister of Estonia is his international keynote speech at this year’s CIO Summit in Auckland last week. Sikkut had the audience marvelling at what a country of just 1.3 million people can do with technology when it sets its mind to it.

Fifteen years ago the Estonian government started to experiment with digital technology to make life in Estonia better and more efficient. Today all Estonians have a digital ID embedded in their smartphone SIM cards, they have digital signatures for everything including parliamentary bills, you can start up a legally functioning company in 20 minutes, 96 percent of people pay their taxes online in under three minutes, health records are electronic and prescriptions digital, and one third of voting is done online. It’s digital transformation on steroids.

For Vernon Turner, IDC’s world-wide guru on enterprise systems and the Internet of Things (IoT), digital transformation and the IoT go hand in hand. “To have digital transformation you have to have data,” he said, speaking to iStart ahead of his closing keynote speech at this year’s CIO Summit. The difficulty comes in how to take that information from different places and analyse it in a meaningful manner. This is where he thinks the next market share battle ground will be – in platforms that can aggregate, analyse and prioritise data. For now data is still confined to “stovepipes” of information that cannot be easily shared, but he said we are starting to see a middle layer coming into play to help federate, analyse and otherwise use the data meaningfully.

“To have digital transformation you have to have data,”

The Estonian Government has this use of data down pat. All of its digital services are underpinned by X-Road, the national data exchange platform, which is a layer of technology that connects the whole of Government and parts of the private sector together. And all this only costs one percent of the government budget because X-Road APIs can be used and re-used to quickly and efficiently create new services. The Government even launches new services in beta so that it can continue production in response to feedback from citizen users. This speeds up the time to market but requires a large amount of trust in the people handling your data.

It’s all about “efficient and effective government”, Sikkut said in his address. The underlying ethos is the ‘once only’ rule – if the Government already knows something about you, it should not have to ask you twice. To some that might sound like Utopia, but to others it might sound scary. Sikkut assured that there are strict rules around who can access your data and for what reason, with the whole system being consent-based. “The people own the data – always. I can see who has been accessing my data – and if they have no reason to I can complain,” says Sikkut, adding that a couple of doctors have already been punished for accessing patient notes they had no business with.

“The people own the data – always. I can see who has been accessing my data – and if they have no reason to I can complain.”

Another part of the Government’s efficiency is reflected in how it works with the private sector rather than employing developers directly. Sikkut said (almost jokingly) that it’s like a government business growth initiative because the Government is getting what it needs for its citizens while also helping the private sector to grow. It’s something that other governments and muncipalities could do to emulate, according to Turner, who offered another example of how the city of Paolo Alto’s CIO has created an open data platform that has made all the movements of vehicles, traffic light signals, road incidents and the like freely available to those who want to use it. As a result, every global car manufacturer has a lab in the city to experiment with driverless cars. By making it a natural private-public venture it both benefits society and drives the economy, he said.

Perhaps most astounding of all, is the Estonian Government’s launch of what is essentially country-as-a-service. Anyone, no matter where they are in the world, can become an e-resident of Estonia which means that they can set up a secure digital identity similar to the digital identity linked to Estonian citizens’ ID card or ID SIM card. While it does not confer citizenship or residency it does allow holders to use the services provided by Estonian state agencies and the private sector which are usually connected to the ID card. The aim is to create a borderless digital society with 10 million e-residents by 2025.

Asked if the Estonian Government has been able to make better decisions thanks to all the data at its fingertips, Sikkut admitted “not as much as I would like – but we are starting to play around with data and do some modelling with taxes and predict how certain industries will go”.

There’s always opportunity for improvement when you’ve got technology on your side.