Is digital marketing in crisis? 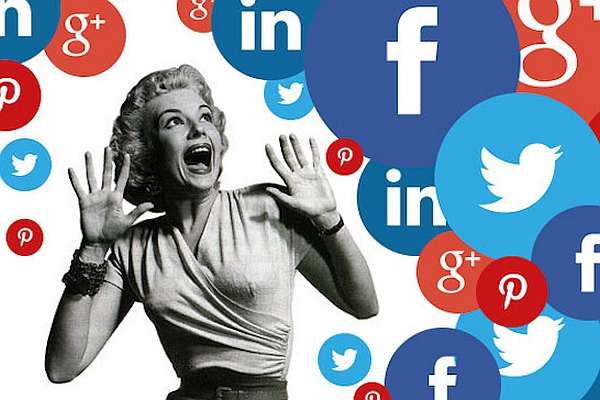 If you’re spending money on digital advertising, there’s a good chance that you’re used to handing over cash to the ‘big two’ of online marketing, Facebook and Google. But serious social advertising can feel a little less like feeding a sales pipeline and more like money down the drain, can’t it?

It’s an all too common feeling, says Kim Voon, CEO of Auckland digital marketing agency Insight Online. Voon recently came out saying that New Zealand businesses are suspicious of digital advertising products such as those offered by Facebook and Google, viewing them as a ‘black hole’ for their advertising dollar.

“Many business owners have become suspicious of digital advertising.”

“Many business owners have become suspicious of digital advertising ever since Proctor and Gamble cut its digital budget by US$100 million because they weren’t seeing the results,” Voon said.

Smaller outfits might know the feeling. For all the time spent drilling down into Facebook’s all-encompassing audience demographics options – not to mention all the ad tweaking to match – results do vary wildly. And even when everything goes right, one is sometimes left with the feeling that those impressions, clicks and interactions look a lot more like vanity metrics than money in the bank.

There may be something in that. Click fraud has become an alarming new trend in the world of digital advertising with one report suggesting that advertisers lost close to US$16.4 billion annually to fraudulent traffic and clicks. This year that number is expected to rise US$19 billion globally, about nine percent of the world’s total digital spend, according to Juniper Research.

That research, Future Digital Advertising – AI, Ad Fraud & Ad Blocking 2017-2022, says that the ‘closed platform’ approach of Facebook and Google – whereby advertising platforms restrict and curate performance data before handing it over to the consumer – must be abandoned if a semblance of genuine transparency between platform and advertiser is to exist.

Artificial intelligence may have a role in combating advertising fraud suggests Juniper, as stakeholders take more aggressive steps to combat the bots.

“Fraudsters will continue to heavily invest in domains, user accounts and bot farms in order to appear genuine” says research author Sam Barker. “Advertising stakeholders will demand constant vigilance against the threat of ad fraud, which will only be achieved through the correct implementation of AI services”.

So it’s negative attention for both Google and Facebook, but with those two the only games in town, what is a jaded marketer, eager for both transparency and greener advertising pastures, to do?

It depends who’s asking. For consumer brands there are options: Increasingly sophisticated influencer marketing on Instagram, Reddit’s maturing promoted content offerings, plus there’s always the cesspool that is Twitter. All good alternatives for those hawking shiny trinkets to the masses.

But back in the real world there’s another contender on the horizon. Seemingly from out of nowhere, Amazon’s online marketing channel has emerged as a serious contender to Google and Facebook. The global retail giant currently holds four percent of the digital advertising market worldwide, behind Facebook and Google. While that may not seem like much, there’s blood in the water and Amazon has the resources to radically increase its market share in the coming year. According to one source, Amazon’s revenue is set to double over the next year to US$5.83 billion, ultimately hitting a healthy US$10.92 billion in 2020.

New social media customer research seems to back that up: In the US, brands who currently run Amazon ads intend to dedicate 21 percent of their overall budgets to the channel (second only to Google at 33 percent), with 56 percent of retail and ecommerce brands planning to either maintain or increase their Amazon advertising budget this year.

With market research firm Survata estimating that almost half of all online product searches begin on Amazon not to mention a cool US$8 billion in revenue last year, expect the global retail giant to make its mark on the digital landscape in the short term.

Whether Amazon can keep advertisers satisfied in the long term is another matter, but with more than a decade’s worth of penetrating customer data, there’s little reason why the e-commerce juggernaut couldn’t ultimately challenge Facebook and Google’s dominance of the online advertising market and introduce a new, better, more transparent way of doing internet advertising business.

Building blocks: The case for a modular approach to technology services

The free availability of an almost infinite range of services on the internet means entrepreneurs can create powerhouses by pulling together composites to fuel their business goals, as Donovan Jackson discovers …

Listen, learn and soar: Big data and the modern marketer

Marketing used to be a one-way conversation but new technologies have given the customer a voice and shifted the balance of power in their favour. Clare Coulson takes a look at the rise of the relevant customer experience…

A modern marketer’s guide to technology

The arrival of new technologies has opened opportunities for marketing, but taking advantage of them requires a significant shift in modus operandi. Clare Coulson asked industry thought leaders how businesses should behave and where technology fits…[View as PDF]

Does marketing automation deliver on promises?

As the lines between marketing, sales and service blur ‘smarketing’ is the way forward. Anthony Doesburg investigates this blend of sales and marketing and asks if the tools are delivering on their promise, or are they just more marketing puffery?…