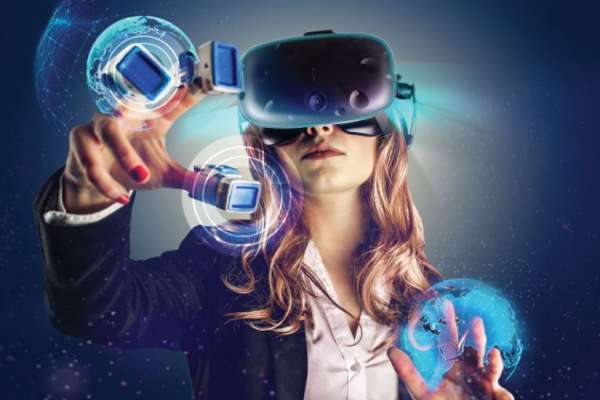 There are few potential technologies out there that cause as much excitement as VR, so when Facebook unveils a new virtual reality headset – the latest incarnation dubbed ‘Oculus Quest’ – people pay attention. Back in 2014 the social media giant shelled out a not insubstantial US$2.75 billion to buy Oculus and it’s clear from recent events that developing augmented reality tech is high on the agenda for Facebook – especially for its potential as a new marketing revenue stream.

There’s no denying it: In 2018 marketing is where the mixed-reality money is. Sure, much of it seems a little gimmicky – wineries on both sides of the Tasman have created ‘virtual’ winery tours to attract foreign investment – but the money is definitely there. (The Australian Government even going so far as to cough up AU$500,000 for the creation of VR experiences designed to attract wine tourism from China.)

“Anyone who still looks at augmented and virtual reality as an entertainment thing with a marketing spinoff had better look again.”

Air New Zealand, an early experimenter with VR tech, is continuing to invest heavily in media-friendly VR PR. So far the carrier has published VR games, 360 degree videos and this year even conducted trials that saw stewards equipped with the Microsoft’s HoloLens tech to better serve passengers – displaying drink orders, food allergy warnings and even indications of the passenger’s mood. Pretty cool.

As a marketing tool VR is surely the hot new thing, if still a smidge clunky, but the applications for the burgeoning tech go well beyond promotion. Make no mistake: VR is coming to industry; it’s just getting there by way of the consumer market.

Widespread consumer adoption must come first however, and it will: IDC is predicting that sales of AR and VR headsets – both standalone and tethered – are set to surge in the coming years. The research company says the category is set to surpass the one million mark by 2020, after which the growth will increase even more dramatically. Likewise, IDC says the commercial segment is likely to grow from 24 percent share of VR headset shipments in 2018 to 44.6 percent by 2022.

“As more vendors enter the market, additional use cases come to fruition and prices decline, we expect total shipments in this category to reach 21.6 million by the end of 2022,” says the report.

From a platform perspective, the market has been dominated by Oculus so far, largely thanks to the initial success of Samsung’s Gear VR. But Facebook’s platform is likely to face pressure from both HTC and Microsoft’s Windows Mixed Reality platform however, as strong opportunities in the commercial market attract experienced enterprise players such as HP, Dell, and Lenovo.

And it’s those commercial applications that have got the Australian Federal Government curious. Earlier this year, Data61 – the data science arm of government research group CSIRO – opened a new purpose-built facility, the Immersive Environments Lab, built specifically to develop AR, VR and 3D web technologies in collaboration with industry, government and universities.

The Lab is part of CSIRO’s $100 million research facility in Canberra, and is dedicated to applied research for next gen mixed reality industries. (The lab itself is, apparently, something to behold, featuring a fleet of wearable holographic computing devices, spatial cameras, 3D object scanners, virtual touch displays, interactive projection mapping stages and motion capture rigs.)

It’s a solid investment and indicative of the interest governments on both sides of the Tasman are showing for mixed-reality technology. Last year the New Zealand Government commissioned Virtual Gets Real: The Explosion of Cross Reality in New Zealand, a report that paints a picture of an industry on the cusp of massive growth, and forecasts New Zealand’s cross reality sector to reach over NZ$320 million in annual revenue and employ double the number of people it currently does, within two years.

“The growth of our XR sector has the potential to create new high-value jobs, export opportunities and improve productivity and competitiveness through the application of these technologies across other sectors such as health, education, and entertainment,” says MBIE Policy Director Kim Connolly-Stone of the report.

“Government has an important role to play in helping New Zealand adapt to this change by making sure the policy and regulatory settings are fit for purpose and by investing in the connectivity infrastructure and the skills needed for the future.”

And New Zealand is not without its success stories already, most notably international VR mover and shaker, 8i. Since its launch in 2014, the Kiwi company has become a giant in the holographic capture world, raising NZ$57 million in two funding rounds and launching their acclaimed Holo app which allows users to record video content complete with the addition of photo-realistic 3D holograms.

And while companies such as Revisia are currently pushing further into the industrial space – the Kiwi company specialises in 3D solutions for enterprise such as the digitisation of real-world industrial environments and assets, and virtual validation techniques for maintenance – yes, in general the applications for VR tech still look a little soft, with the focus on marketing, storytelling and education.

But not for long.

“Anyone who still looks at augmented and virtual reality as an entertainment thing with a marketing spinoff had better look again,” says Chris Hartshorn, CTO at Callaghan Innovation.

“While consumer spending has made the early running, manufacturing, retail, healthcare, education, construction, transport, government and professional services are coming up fast behind.

“You will put on an ever-less-conspicuous device to enter a virtual world or augment your own and connect it with the tools of artificial intelligence, the internet of things and data analytics. The technology will allow you to design, construct and test virtual prototypes quickly and cost-effectively in simulated environments or view, manipulate and analyse complex data sets in more intuitive ways.

“This technology has grown up and is about to start work somewhere near you.”