Dropping in on MYOB’s journey upmarket 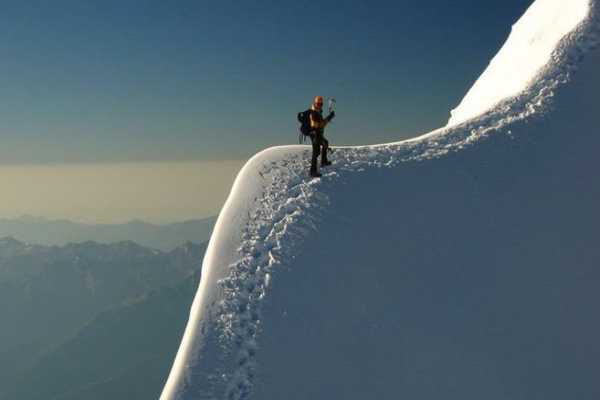 It has been a busy time for MYOB, the onetime provider of the most popular accounting package in New Zealand and Australia…

With increased competition in the market, most notably from Xero, the company has staked out its own ground, not only by shifting into the cloud with its entry-level business software, but also through the development of more upmarket offerings such as EXO and, more recently Advanced. Further intentions of becoming a broader-based business software vendor capable of addressing a wide market came last year, with its acquisition of mid-market ERP vendor Greentree.

Along the way, MYOB has also made numerous acquisitions in HR and payroll management, and surrounding disciplines.

iStart caught up with Carolyn Luey, NZ GM at the company, and her Melbourne-based colleague Matt Sealy, who is enterprise solutions platform manager, to get a view on where the company is headed.

“We’ve been executing on a three-year strategy which kicked off at the end of ’15, with one of the pillars to grow the enterprise business organically and inorganically. What that execution gives us is a broad offering for the mid-market, and provides a migration path for small, to medium, to large businesses,” Luey confirmed.

We wanted to know how Greentree, specifically, fits into the MYOB line-up, and why the company was identified as a suitable fit; after all, with EXO and Advanced, MYOB clearly already had some capability in the ERP space. “Well, they do overlap at certain points, but to position them, you have EXO [largely an on premise or hosted product] at the lower end, and then Advanced at upper Tier 3 and lower Tier 2, and then Greentree delivers strongly in Tier 2. Also, each of the products have different features which allows us to get into different verticals quite effectively; at the upper end, Greentree is quite versatile with 86 modules,” said Luey.

Of course, business size in terms of turnover or even employee numbers are not a reliable indicator of their complexity or business software needs. Hence, added Luey, which MYOB solution might be right for any particular deployment from its quiver of options also depends on the business type. “EXO, for example, is strong in the job costing space, Advanced in multi-entry General Ledger and white collar project management, so it does depend on vertical and business need.” And Greentree, which is proven in a range of industries, for more complex implementations.

About that cloud, then
Some four years ago, your correspondent met with MYOB CEO Tim Reed, at a point where prime competitor Xero was hoovering up accounting package clients on the back of its cloud capability – a capability on which MYOB arguably a bit behind. Reed, then, wasn’t keen to talk cloud numbers, no doubt because of the nascent nature of the company’s initiatives in that regard.

Fast forward to present and the cloud is a big deal for MYOB across the board. Not only that, but it has put some clear competitive space between itself and the blue vendor by making decisive moves upmarket.

Sealy said that some of the progress which MYOB has made in the cloud is linked to the development of the enabling infrastructure, or, in a word, broadband. “We’ve been lucky with infrastructure in New Zealand and even Australia, so connectivity can largely be struck off as reason for avoiding cloud.”

And Luey even doffed a cap to the competitor: “That, along with growing awareness of the benefits of cloud, and thanks to the efforts of companies like Xero, means a new category which didn’t exist has come into the market.”

As much as 92 percent of MYOB’s SME acquisitions now go straight into the cloud; when some of those move up the stack, she said cloud is the natural choice owing to the precedent. “That’s having a marked effect on growing the cloud ERP market. Why would they want to run a data centre and IT team?”

What of the higher end? It’s worth looking at MYOB’s Advanced, which sits below the Greentree product on the MYOB spectrum, but peeks into the Tier 2. It is ‘native cloud’, entered the market not long ago, and seen quite frankly staggering adoption. “We’ve got over 250 sites on Advanced now and are knocking on the 300 mark in two-and-a-bit years,” Sealy confirmed.

These are not, he agreed with a chuckle, sales that are achieved in the same way packaged Office software might fly off Harvey Norman shelves.

Further, “We’ve been looking at broadening the appeal of Advanced by adding in Advanced People [which also operates as a standalone payroll] earlier this year, so we can offer ERP and payroll in a single product. We want to be sure that clients who move to the cloud aren’t missing out on things that on premise packages which have been in development for ten, fifteen years have to offer.”

Native cloud, added Sealy, just at least two essential things; browser based, so it works on any device; and an API to easily connect with other applications.

Asked if Greentree’s relatively recent commitment to the cloud played a part in the resulting transaction, Sealy said yes, this was part of the consideration and due diligence process. “What we wanted to do is to position our network to be partners of choice across the full scale of size and to have the products to service them in whichever way they demand.”

By that, said Sealy, if you want cloud, you can have it. If you want on premise, no problem. And, naturally, hybrid, hosted or private cloud options are available, too. “While cloud ERP is growing in Australasia and rapidly at that, there are still many businesses which want on premise.”

It may be in the States, but recent insights from Panorama Consulting confirm that.

Moreover, “If you want to succeed, it is probably a good idea to look at what the market demands,” Sealy quipped.

Competitive differentiators
There are the obvious differentiators for MYOB now, which include its local brand value and its broader portfolio (which sets it apart, certainly, from Xero, but perhaps not the likes of Sage and Microsoft). What it doesn’t have is a common code base, perhaps obvious as one of the realities of growth by acquisition (this is a common issue faced by at scale vendors).

But it does have a common platform, from which users of any one of its portfolio of products can choose various services – such as, said Sealy, banking services, bots, AI, and so on. Both Sealy and Luey also talked up the value of the partner network, and said that even with the necessity to migrate from one product to another should or when the need arises, the well-versed partners could achieve that effectively owing to the experience which comes with precedent.

But the one area which Sealy singled out and which is somewhat unusual as a differentiator, is its 1.2 million-strong accounting package user base. “This means we are able to leverage emerging technology which is often driven by and from smaller businesses,” he said.

That’s reflective of the ‘consumer tech inversion’, referred to in a recent discussion where Oracle’s Yazad Dalal described going to work as ‘a step back in time’.

“We work with this large customer base to launch new technology and get a clear understanding of how we can deliver a strong ROI,” Sealy added.

Much has changed for MYOB over the course of the last several years; positioned today as a provider of a broad portfolio of solutions for business from the startup through to the enterprise, the company has carved out if not a unique place in the market, then certainly one which has multiple fronts on which it now competes.