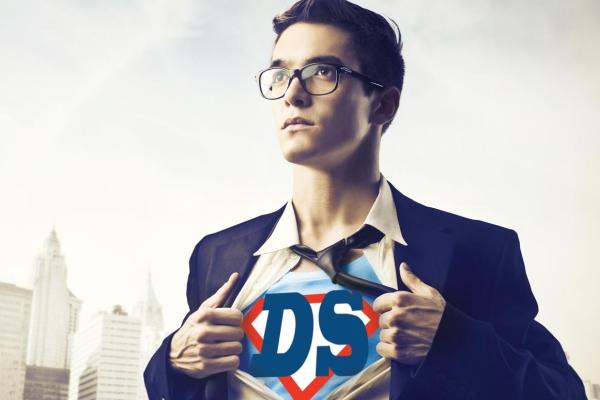 While the alpha male (and female) entrepreneurs tend to grab the most headlines, it’s the data scientists currently enjoying in-demand status.

It makes sense. As data swells faster than anyone knows what to do with (2.5 quintillion bytes per day at last count), untangling, interpreting and exploiting that raw information is becoming more important by the moment.

There’s a shortage of people who can do just that and salaries are exploding accordingly. The IAPA Skills and Salary Survey found the median salary pocketed by data analytics professionals in Australia in 2016 was $130,000. Top-level data scientists often achieve salaries topping $200,000.

Welcome to the age of the data scientist.

Need to unlock that big data and all the juicy possibilities therein? The data scientist is your new best friend.

And everybody’s got the same idea. According to IBM, the data science and analytics market will balloon to over US$187 billion within two years. According to Best Glassdoor’s Jobs in America list, with an overall job score of 4.8 out of 5, a job satisfaction score of 4.4 out of 5 and a median base salary of $110,000, it’s boom-time for Python-savvy analysts. The Harvard Business Review even called them sexy.

But you could be forgiven for not quite understanding what the job actually is.

“A lot of it is about investigation, going on a journey, crafting a story,” said Martin Kemka, data scientist at Northraine.

“Someone has an idea about how their business works – how their customers work and their products work – and they’d like to understand if the data confirms that vision or how the data can be used to improve their understanding. It’s like asking someone to adventure into a foreign land, find out these discoveries and come back and tell you how it all works.”

That’s a lot of ‘data’ and therein lies the new appeal of the data scientist. Data is, if you haven’t heard, “the new oil”.

“Smartphones and the internet have made data abundant, ubiquitous and far more valuable,” pronounced The Economist in May. “Whether you are going for a run, watching TV or even just sitting in traffic, virtually every activity creates a digital trace – more raw material for the data distilleries.”

“Meanwhile, artificial-intelligence techniques such as machine learning extract more value from data. Algorithms can predict when a customer is ready to buy, a jet-engine needs servicing or a person is at risk of a disease. Industrial giants such as GE and Siemens now sell themselves as data firms.”

Old businesses are being transformed and new businesses are emerging, and that’s all powered by data. And data science is about leveraging that data in a way that businesses can use.

“As a data scientist, you have to balance between the complexity of getting in the data – using the right tools and methods – then, more importantly, once you know what the data says, being able to shape that in a way that’s communicable, and allows people to get a better understanding of what’s actually happening,” said Kemka.

That’s a bigger ask that it might, at first, appear. Computer guys (and girls) aren’t generally known for their soft skills. Data scientist roles are among the most analytical roles in the market, requiring a range of specialized skills.

“We project that by 2020 the number of positions for data and analytics talent in the United States will increase by 364,000 openings, to 2,720,000,” said Steven Miller, Global Leader, Academic Programs and Outreach IBM Analytics.

“In 2020, job openings for data scientists and similar advanced analytical roles will reach 61,799. This is a significant number, but it represents just 2 percent of the projected demand across all job roles requiring data and analytics skill. Demand for data-driven decision makers, such as data-enabled marketing managers, will comprise one-third of the data savvy professional job market, with a projected increase of 110,000 positions by 2020.”

McKinsey projects that by next year there will be 250,000 data scientists too few.

Some are seeing the opportunity here. Adobe has launched its Analytics Challenge. Accenture is offering advice for hiring and the management of data scientists. The Wall Street Journal says you just have to know where to look.

“To lead analytics teams or craft a company’s digital strategy, executives will need a foundational understanding of data and analytics,” said Miller.

“To meet this explosive demand, businesses need to rethink hiring, training, and partnerships. Higher education needs to be nimble and responsive, and its bachelor’s, graduate, certificate, and executive level programs have to be responsive to workforce needs.”

Fortunately excitement around just what’s possible on the cutting edge of big data, AI and whatever comes after that, is drawing more young people to think seriously about the role.

“As more data is made available by organisations there’s this incredible richness there that people really don’t know what to do with it. They can’t see what problems could be solved and what new things they could offer their customers.”

“We’re only just starting to appreciate just how many different ways we can use the data we have access to.”

“Everything moves so quickly now we’re beginning to look at emotional intelligence in terms of using video images to predict people’s emotions – being able to say what people are feeling. We’re beginning to look into a lot of real time use of facial recognition in retail environments, highly personalised shopping environments. And there’s the autonomous vehicle movement – for people on the road, public transport, drones and what they can achieve for agriculture”.

“There are so many exciting things that are coming it’s really a good time to be involved in the space”.