Feature Articles > Readying up for PEPPOL 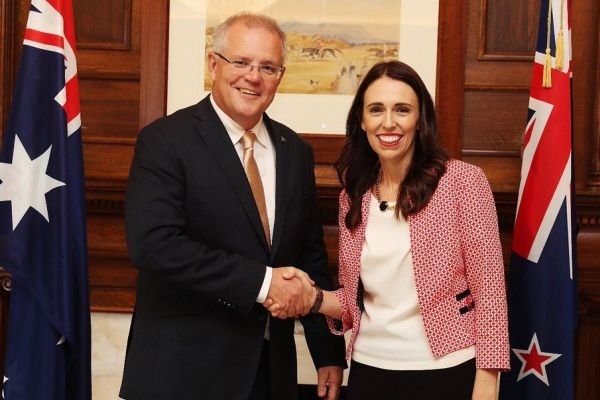 Significant time, effort and money are tied up in invoicing and the Australian and New Zealand governments have indicated that the imminent introduction of a new standard for digitising the exchange of business documents could put A$30 billion back into the economies.

That standard is named PEPPOL, or Pan-European Public Procurement Online, and government agencies on both sides of the ditch have been consulting with industry partners to bring the benefits to life. One such partner is B2BE, which is set to become one of the early access points to the network. B2BE, with deep local roots and a global footprint as an electronic data interchange specialist, is expecting PEPPOL to go-live shortly and start putting those savings into the pockets of local organisations. This, says B2BE PEPPOL manager Jason Diack, will initially be driven by companies doing business with the government being encouraged and incentivised to use e-invoicing.

“This is a big step forward for what we generally call Electronic Data Interchange [EDI], because it effectively allows anyone to trade under a single framework whether locally or in Australia,” says Diack.

On the western side of the Tasman, the Australian Tax Office is the PEPPOL controlling authority; in New Zealand, the role is handled by the Ministry for Business, Innovation and Enterprise (MBIE). When the PMs of both governments jointly announced PEPPOL back in February, they estimated the A$30 billion would be cut out of invoicing costs over the course of the coming decade. “There are a number of pilot activities already underway around the draft specifications which have been established for PEPPOL locally,” notes Diack; “There’s obviously many document types, but PEPPOL is kicking off with the most common – e-invoicing.”

Clive Calder, Senior Manager Trade Technology at Pfizer New Zealand, explains the benefits of EDI. “With B2BE we cover numerous connections to our customers in the pharmaceutical and healthcare industry.  Over time, we have expanded the number of customers we connect with, and this now includes electronic messaging of purchase orders, acknowledgements, shipping notes and invoices. This automation enables Pfizer to better serve customers with reduced effort, improved accuracy and quicker response. It is an important contributor in managing and optimising the supply chain.”

Praful Patel, in charge of eBusiness at NZSafety Blackwoods which has used B2BE services for over 10 years, adds that the efficiencies associated with EDI connections cannot be underestimated. “Our customers benefit by using a standardised procurement practice to raise and submit purchase orders, which allows for efficient processing and payment of invoices. B2BE make it simple by translating purchase order and invoicing formats so they work in our systems, and in those of our customers.”

He adds that NZSafety Blackwoods is likely to use the PEPPOL standard in due course. “If government agencies that procure from us are changing, we’ll partner with them on it. And we’ll work with B2BE to do it; their experience in the integration space is second to none.”

Pfizer’s Calder, meanwhile, says the pharmaceutical company has reviewed PEPPOL. “We do not have any deployments in place, but we will engage with B2BE in New Zealand if opportunities arose to drive procurement improvements for our customers. “

Diack points out the big advantage of PEPPOL over other EDI standards and methods: “As a single standard, it is an easy introduction to EDI. With ‘traditional’ methods, if you had 100 trading partners, you might spend $1,000 integrating each one to your business systems. It could be more, depending on how many document types you’re exchanging – purchase orders, advanced shipping notices, waybills.”

It costs that much says Diack, because most EDI requires custom programming on both sides of the transaction. “PEPPOL standardisation and conformity means you map one document to trade with all government departments and your trading partners. It’s a faster, easier setup because everyone’s talking the same language.”

A good question is where PEPPOL leaves ‘other’ EDI. It isn’t a case of ‘one ring to rule them all’ and nor has it ever been, explains Diack. “PEPPOL will broaden the reach of EDI particularly to smaller businesses, but it doesn’t replace custom integrations. These remain valuable, particularly those already in place. And a general standard doesn’t always provide for specific use-cases, so going forward, companies with process- or industry- specific EDI requirements will still find value in custom interconnections.”

Diack’s colleague and fellow B2BE BDM Grant Young says B2BE is extending its 20-year track record in the provision of EDI solutions to PEPPOL and certification as a PEPPOL access point. “We’re ready to help local businesses get on to PEPPOL so they quickly see the advantages and the cost savings,” he says.

And it’s more than cost savings; going digital is faster, more convenient and delivers a boost to the cash conversion cycle. Simply put, e-invoicing should mean getting paid faster, with less hassle – something every business appreciates.

B2BE is happy to speak with anyone seeking more information about how PEPPOL works and what is involved to get it set up.