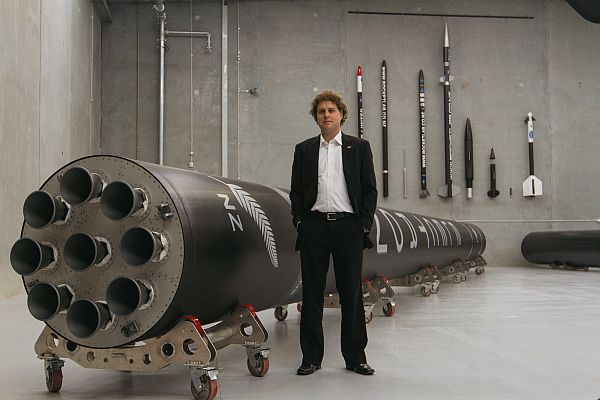 Kiwi entrepreneur Peter Beck wants to open space up to the masses by knocking tens of millions of dollars off the price tag of deploying satellites into space. He is on the cusp of creating a billion-dollar aerospace industry right here in the Antipodes.

Invercargill-born Peter Beck has always been fascinated by rockets and their potential. Ever since he was a child he dreamed of working for an aeronautical giant such as Lockheed Martin or Boeing and making space more accessible to everybody. Everything he did in his career was another manoeuver in the journey there. Forgoing a degree. He started as a tool and die maker in the precision engineering trade. “That gave me the tools to be able to build the rockets that I wanted to build,” he says. After that he worked for the government at what is now Callaghan Innovation (then IRL), but a trip to the States in 2007 turned the trajectory of his journey away from the large corporates and into start-up territory.

“My wife had some business to do in the States, so I took a month off work and spent it visiting all the companies I had wanted to see for many years,” he says. What soon became clear, however, was that although there were plenty of space programmes at these companies, you had to be a US citizen and get clearance to work on them because of the nature of the technology.

“It was just obvious that there were huge barriers there and even if you did break them down you were still just a government contractor – you’re not actually making a big difference. It became very apparent that they weren’t doing what I wanted to do. For me it has always about reducing the cost and increasing the frequency of trips to space to allow some awesome and significant things to happen. So it was really that trip that sealed the deal. I remember coming back on the plane thinking: ‘well, if they are not going to do it, I am’.”

Lift off
Beck set up RocketLab with the goal of commercialising space via the Electron Program. The company has two guiding principles: launch costs must be kept below $5 million and launches must take place once a week. To achieve this Beck says RocketLabs approaches all problems with no predetermined constraints. 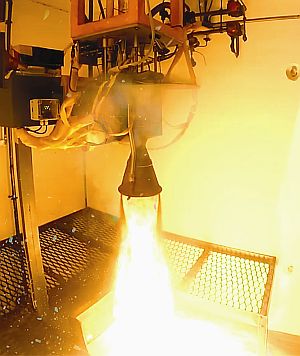 Beck believes that if his company can make weekly low-cost flights possible, he will be able to build a critical mass of infrastructure in orbit and do “some really spectacular things”. And there are plenty of companies around the world that believe RocketLab is on track to be able to do just that. In 2009 RocketLab became the first company in the Southern Hemisphere ever to send something into space. Today it has over 30 commitments from clients, which range from MOUs to signed launch contracts, for satellite launches – something Beck calls “absurd” given that RocketLab hasn’t even launched its first commercial vehicle yet. (It has launched over 80 rockets since 2008, will start its test flight programme at the end of this year and once it does put its first satellite into orbit it will be the ninth nation in the history of our planet to ever do so – all the others being Super Powers.)

“It gives you an indication of how much pent-up demand there is in the industry and how RocketLab’s credibility is viewed internationally,” he says.

RocketLab’s interested clients – Beck won’t name any of them yet – come from a wide range of industries across the government, commercial and academic sectors. At this stage the commercial interest is generally linked to earth observation for doing things like mapping and monitoring movements of ships in ports. Beck expects, however, that once the Electron Program reaches critical mass it will have the potential to inject significant competition and increased accuracy into many industries, and to transform life not only for the developed world but for the developing world as well. The average citizen often doesn’t realise how much they already rely on space infrastructure in their everyday lives, he says. We jump in our cars and use GPS, we listen to the radio, watch television, surf the internet and receive weather forecasts – all without thinking that somewhere far up above us a network of satellites is working hard to make it all happen.

“It gives you an indication of how much pent-up demand there is in the industry and how RocketLab’s credibility is viewed internationally.”

“Space infrastructure is critical to daily life and if you can reduce the cost to getting that infrastructure built then a lot more can happen. If we are launching a satellite once a week then life will be very different. For starters internet will be everywhere, so it won’t matter where you are on the planet, you’ll have internet. For you and I that’s just handy, but when you think about third-world countries it is really quite empowering to be able to disseminate the knowledge of the planet in to somebody’s hands in a mud hut. I think if we can get that satellite infrastructure up there, that’s a huge win for mankind.”

Indeed, Google recently announced plans to put thousands of satellites into space for internet use – something the team at RocketLab could (and would very much like to) help facilitate.

Flying down under
RocketLab’s operations all take place in New Zealand, but not because Beck is a Kiwi. Beck is single-minded in his goals. RocketLab is a global company with its parent company being the US entity because it makes it easier to raise venture capital that way – to date all of its funding has come out of America’s Silicon Valley, from the likes of aerospace giant Lockheed Martin, Khosla Venture and Bessemer Venture Partners.

“You just can’t do those sorts of raises in a New Zealand company,” Beck says. “These are the guys that look for the really big disruptive opportunities – they don’t invest in incremental changes.” (RocketLab has also secured funding from K1W1 Ltd an investment company owned by fellow business legend Sir Stephen Tindall).

When it comes to the research, development, testing, manufacturing and launching, however, this is all done by RocketLab in New Zealand because, as Beck puts it, New Zealand is a fantastic place from which to put rockets into orbit.

“We are a small island nation in the middle of the Pacific, there’s nothing out there until Chile which is a very long way away,” says Beck, explaining that the massive expanse of clear air and marine space and lack of landmasses means it is perfect for launching rockets at high frequency.

“Like I said, it’s all about solving the problem with no predetermined constraints.”

Trailblazer
RocketLab is not only building rockets in New Zealand, it is also having to build the infrastructure for a whole industry, including a launch site and tracking stations, all the while keeping to its key goal of cheap and frequent space flights. It has deliberately chosen to build a small launch vehicle, not a big one, so that automatically reduces cost, and it has also embraced new technologies to tamp the costs down even further. The design and manufacture of the rocket engine has been a two and a half year process in itself, while on board there is the equivalent of a mini super computer which has over 32 processors.

“There’s a good reason why only nine countries have ever managed to do it – it’s freaking hard.”

“We use additive manufacturing (or 3D printing) in metal an awful lot – our entire rocket engine is actually printed. We use all carbon composite structures. The launch vehicle has been built around reducing cost and increasing reliability and manufacturability,” says Beck. “Those sort of technologies and innovations aren’t just cool, they really make the job a lot easier.”

‘Easier’ is a deceptive word, however, as Beck says that every time RocketLab builds another launch vehicle it reconfirms just “how freaking hard” it is to do.

“There’s a good reason why only nine countries have ever managed to do it – it’s freaking hard. You are controlling enormous amounts of energies and … if you are out by a fraction of a percent on anything then you don’t get your satellite to orbit. The margins for error are zero.”

If any company can do it, however, it seems likely that RocketLab can.