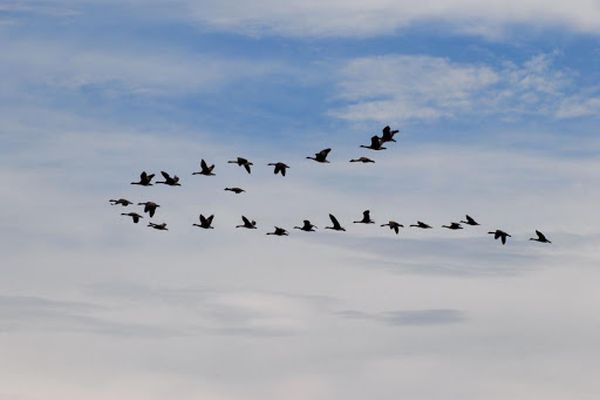 With recent news of the planned obsolescence of SAP solutions including its long established ECC and R/3 ERP products, users are under pressure to consider when they will migrate to the latest iteration of the German giant’s software. But for many in Australia and New Zealand, the advantages of SAP’s most recent flagship solution, S/4HANA, are such that migrations and upgrades are being completed proactively, long before any hard deadlines are brought to bear.

iStart caught up with Nick Mulcahy, CEO of Zag, one of Australasia’s leading SAP implementation partners, in a quest to understand what end of support means – and why many of Zag’s customers are already shifting to S/4HANA.

Mulcahy immediately said there should be no reason to panic at the announcement of end of support for R/3 and ECC, initially announced as 2025, now 2027. “What’s interesting [in the changed deadline] is that we’re seeing a ‘soft landing’ from SAP, and that’s pretty unprecedented,” he said.

“A great example is that the original statement on end of support said all HR and payroll customers had to be off by 2025; a more recent announcement says anyone on existing on-premise systems can remain on them indefinitely.

“SAP was perhaps a little ambiguous with the initial announcement of 2025, but they quickly changed plans once they realised it may not be possible, with the number of partners available to assist customers with a migration, and so pushed that to 2027.”

What Mulcahy is alluding to is that like most ERP and digital transformation projects, SAP installations and upgrades can take time, investment and change management. This is not unreasonable, as SAP installations are also typically found in what he calls “the most complex” of environments: highly demanding, by necessity customised, at enterprise scale. An upgrade can be as challenging or even more so than a Greenfield implementation – and that means even the well-established partner ecosystem might find itself overwhelmed.

Mulcahy says it is encouraging that SAP is listening to its customer and partner base. “I wouldn’t expect them to be severe and the move as a whole fits with what customers want; all customers, including those on R/3 and ECC and even those on S/4HANA, can take comfort from the softening stance SAP is taking.”

Part of that relates to the reality of highly complex systems in global companies; another part reflects the realities of certain customers around the world who are unable to countenance a move to the Cloud.

The S/4HANA stampede has begun
To date, Zag has already brought multiple customers onto the S/4HANA platform. “We’re seeing significant adoption of S/4HANA, particularly in New Zealand; several are live, and we have more lined up for the coming year than we’ve already delivered,” Mulcahy confirms.

He adds that in the early days, the fastest SAP ever (first released in 2015), with its in-memory HANA database delivering what SAP describes as ‘Intelligent ERP’, sales were slow. “S/4HANA is a considerable upgrade and with considerable upgrades businesses often wait for a few other organisations to convert first, taking on board their lessons learnt. Now that the early adopters and industry disrupters have blazed the trail, we’re seeing a big group of companies in the early majority category eager to implement.”

It is in that organic momentum that the justification for the effort is to be found. In simple terms, S/4HANA is worth the effort. “We’ve never seen this before in SAP upgrades. Businesses are being proactive; they are requesting S/4HANA and they are going about it differently than before.”

One approach has been through completing a technical upgrade first, in which the SAP system is brought to the latest released version, and then the business case is delivered with innovation sprints. “Customers are completing anywhere between 5-10 sprints, each a month long and delivering specific functionality,” Mulcahy said.

This is noteworthy because it represents better business planning and ‘innovation in action’. “It also differs from the traditional approach which bakes the lot into a core implementation,” says Mulcahy, adding that the ‘sprint’ approach consequently delivers value faster. “The technical upgrade might take 5 to 7 months, then you cherry pick innovation sprints depending on where value is found.”

He believes the changed approach owes to customers becoming adept at digitising their businesses. “IT departments especially are getting well used to the agile concept and how to do it. The business side, perhaps not as much, but we are seeing more savvy Boards where they want milestones and value paybacks along the way not waiting until the end.”

The value is in the S/4
It’s all about value and Mulcahy is adamant that the numbers of customers willingly signing up (“We don’t have to push this,” he notes) is a confirmation that the juice is well worth the squeeze.

“Customers cannot execute their 5-10 year strategy on ECC and SAP legacy solutions because the underlying technology is holding them back from, for example, delivering procurement savings or having the ability to grow their business which requires changing the way they execute their supply chain,” Mulcahy explains.

Improved execution depends on a digital core and real time data, created with S/4HANA and enhanced with Ariba or C/4HANA or Success Factors. “Broadly speaking, these customers are taking customer-facing journeys, the stuff that McKinsey and BCG are talking about, with big programmes of work changing the way their business operates.”

Towards a brighter SAP future
Since S/4HANA offers considerable advantages in delivering a ‘digital core’, Mulcahy says every SAP customer should get it on their radar. What’s more, with a deadline coming and analysts around the world questioning the capacity of the partner ecosystem, those who move early are likely to enjoy easier access to services. “The talk is that the ecosystem will have to double to meet demand and even that won’t be sufficient to convert all customers by 2027. It’s therefore a good idea to look at your business cases and consider where your business is going – and for some, for example on ECC who haven’t had an outage for 5 years, maybe there isn’t a case and that’s fine. But if your analysis points to action, best to take it sooner rather than later.”