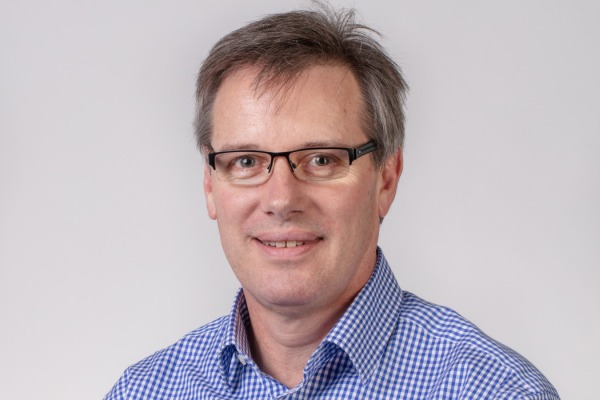 New Zealand’s Covid response may have been lauded internationally, but in New Zealand itself, the response – including the technology rolled out to assist – has drawn some flak. The New Zealand Ministry of Health IT boss, deputy director-general of data and digital Shayne Hunter, sat down with iStart to discuss the technological response and the challenges he and his team have faced in the past 12 months.

As the Covid pandemic hit, with little initial understanding of the enemy, a rapidly changing situation, and in the face of huge amounts of ‘advice’ and pressure to implement a vast array of technology being touted by companies, New Zealand’s Ministry of Health needed to keep its focus and carve a solid path to solving very real issues.

“One of the biggest challenges we faced really was too many things to do, too many people with great ideas and the need to really understand that technology is an enabler, not the end game,” Hunter, Ministry of Health deputy director-general data and digital, says.

“Innovation is fundamental to transforming the system.”

Hunter and his team were left ‘fending off the pressure for us to implement technology people had that they felt we needed right now’.

“Getting a handle on what the basic business needs were and prioritising those was one of our early challenges,” he says. “When Covid hit our biggest challenge was the need to move at speed. We didn’t really understand the enemy, so to speak. We had a pretty strong sense of what the possibilities were but this thing changed very quickly. So it was really understanding exactly what we needed to focus on.”

While technologies including temperature checking of arrivals at the border were touted, Hunter and his team were guided by the Ministry’s clear strategy around elimination, which saw contact tracing as an important clinical process for managing cases as they occurred.

“We had to very quickly understand all the different ideas, which ones actually might be efficacious, which might support rapid contact tracing… And we landed on something that in the end has been – some people might say pretty basic – but it’s the one that’s been most successful from our point of view.”

The NZ Covid Tracer app was designed, built and deployed, including all support structures, virtually entirely virtually. Today it has more than 2.8 million registered users, albeit users whose enthusiasm for scanning waxes and wanes along with Covid scares.

While there were plenty of criticisms early on about the time it took to release the launch version of the NZ Covid Tracer app, Hunter says when you consider the historical slowness of not just the Ministry of Health but the health sector, ‘it wasn’t slow at all’.

“We had that app from its conception to build in eight weeks, which is not particularly slow.”

Talk to others in the health sector and many point to Hunter as being key to a big change within the Ministry, with projects now moving at much greater speed.

Hunter himself is a proponent of agile and iterative processes. He points to the national contact tracing system, put in place in the early stages of Covid and iterated 21 times in 12 months, and the Covid Tracer app – now on release six, with release seven about to hit and a roadmap out to release nine – as examples of the iterative processes now deployed at the Ministry.

“In the past we would have spent a long time building up a case, a long time going through requirements, then a long time designing and building a system and you would have got release one let’s say in 12 months,” he tells iStart.

“Our ability to implement something using minimum viable product, getting that in use and then iterating really quickly allows us, in my view, to deliver much more, say in a 12 month window than you normally would.”

“The other thing that is really important is that it gives people confidence that at some point on the journey they will see what they want. That avoids the inevitable upfront issue where everyone wants to tick every box and have every requirement met before they will support a project going forward – which inevitably means you have scope and cost challenges.

“I think this [iterative development] ultimately allows us to move at speed with confidence and support from our users, so it is absolutely invaluable in my opinion.”

While it was a change the Ministry was already embarking on, Covid further accelerated it, and it’s something Hunter says his team has embraced ‘totally’.

For the Ministry the national contact tracing system and Covid Tracer are just parts of an ongoing body of work around Covid, using a mix of different technologies.

When it comes to the vaccination side of things there are four critical technology elements that needed to be put in place. Priority one was to get an immunisation register up and running. Following the favoured iterative style, a basic offering was up and running by the end of last year. It’s based on Salesforce, which the Ministry of Health uses for its population health systems.

The second piece to focus on was an inventory management solution, ensuring robust distribution and inventory systems and processes were in place for the two-dose vaccine, which requires cold chain management. The technologies of choice there were Colossus and Netstop.

It was in place in February, Hunter says, along with work on the vaccine safety monitoring side. That involved working with Dunedin-based Centre for Adverse Reactions to strengthen their systems and be ‘a bit more modern in our approach’ using Azure technologies.

The final area is the booking system, a bolt-on to Salesforce, called Skedulo, which Hunter says the Ministry is working on a couple of pilot sites at the moment.

“They’re all just platforms that we have really configured,” Hunter notes.

If too much to do and too many options were a challenge, so too was making sure there was clear ownership at a business level of what needed to be put in place.

“And at a business level I’m talking about the people who are running the response nationally but also making sure we were looking across the entire sector and really making sure we were responding to the needs of those people and that it wasn’t being lead by the technology people.”

Security and privacy were key factors throughout, along with accessibility for everyone.

The security aspect is one area where Hunter would like to see changes.

“We are always going to be playing a game of cat and mouse with our cybersecurity friends and so making sure we are testing very carefully security of our products and services is really important.

“But I do think we need to get smart about how we do that.

“There is a lot of work that we probably repeat using the current phrase of ‘an abundance of caution’. And we don’t want to put anything at risk, but I do think we can get a little bit smarter about how we go about doing security, but it’s absolutely fundamental and we will continue to emphasis it very heavily.”

There are plenty of areas where Hunter believes there’s room for improvement – and big potential benefits for the health sector and the wider New Zealand community to be had.

He’s ‘delighted’ by the emphasis put last week by Health Minister Andrew Little on the role of digital and data in health. The announcement around the sweeping reforms to New Zealand’s healthcare systems, replacing the 20 District Health Boards with ‘a truly national health service’, also saw a heavy push for greater use of digital technology.

Little noted that consumers have repeatedly asked for the ability to use modern technology, such as virtual diagnostic tests at home, the ability to book doctors’ appointments online and digital monitoring of health conditions.

“With a truly national health service, we can deliver on this promise, setting common standards and improving access, while tailoring services to meet local needs and cutting unnecessary trips to hospitals and clinics,” Little said.

It’s a view shared by Hunter.

“I fundamentally believe that the sustainability of the system and our ability to meet the needs of current and future generations requires us to invest in data and digital technology,” he says.

He says two other areas have been signalled by Little that are particularly important to him: Upskilling the workforce to make sure they are digitally literate and digitally capable and have the right skills to lead system change through digital and data enablement; and the issue of procurement and the need to support innovators.

“Innovation is fundamental to transforming the system,” Hunter says. But he notes that innovators find breaking into government deals difficult because the procurement process tends to be a barrier.

“People who know and understand the art of what is possible with technology, people who are capable of leading digitally enabled change and working in different ways from an agile point of view, they all come together and then obviously the ability to support the innovators, are all really important to supporting the system shift they are looking for.”

But while the health sector often gets a bad rap for being perhaps a little backwards with technology, Hunter is quick to point out the system is in fact more digitally enabled than many realise, with work on a number of national solutions – including the national Health Information Platform (nHIP) which aims to provide a nationwide, standards-based interoperable and data driven foundation – already underway.

Hunter has been pushing greater data sharing too and a business case for a data sharing platform went to Cabinet recently.

“My view is that we have had barriers to sharing data. Some of that is technical, some of it is interpretation of privacy or the health information privacy code.

“There are definitely opportunities that come out of the review recommendations that will allow us to drive that forward. It is fundamental and people actually expect it today. They expect that we are obviously putting all the right controls around it, but their expectation is that they should be able to go anywhere in the health system and if somebody clinically needs to see their health information to support their care, that they can.”

Patients are often surprised to find that’s not the case, with Hunter noting there wouldn’t be a week when he doesn’t get a letter from someone who has been caught out by the lack of data sharing.

“With the appropriate controls in place I am a big supporter of it and we will continue to pursue that. It is one of the planks for improving the health system.”

Through it all, Hunter says he’ll be keeping co-design at the heart of what he does.

“If I think about where we have had success it has all been around co-design and in some cases co-production. Those are fundamental.

“That means working with the community – in our case a community, the DHBs, a health provider, the people who are actually going to be using the technology – and making sure the way we set up a system to support them, will actually support them, that they understand why we are doing it, what’s in it for them and that they influence how it is designed and built.