Digitoil: RankBrain – Google’s Artificial Intelligence (AI) algorithm and how it impacts you 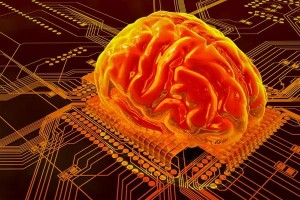 Last week Google announced the addition of another factor to the already complex mix: this time, machine learning is the focus and the addition is named ‘RankBrain’.

RankBrain was first reported in this Bloomberg article and Google confirmed that rollout commenced early in 2015, with the service already fully live for a couple of months.

What’s really interesting is how important RankBrain has become in such a short space of time; it has been officially declared the third-most influential factor in ranking search results by Google senior research scientist Greg Corrado

Unfortunately, despite being asked by several sources, Google will not confirm what the first two most influential ranking factors are (one is likely to be link-based metrics). What Corrado did say however, is that RankBrain is one of the hundreds of signals that go into an algorithm that determines what results appear on a Google search page and where they are ranked.

Machine learning describes the process of computers learning from and making predictions on the data they process.

When taking into account that approximately 15% of Google searches (about 500 million daily occurrences) have never been searched before, the utility of RankBrain becomes more apparent. It is this staggering number of searches that it is looking at targeting and improving: when someone types in a phrase for which there are no exact matches in the search results. 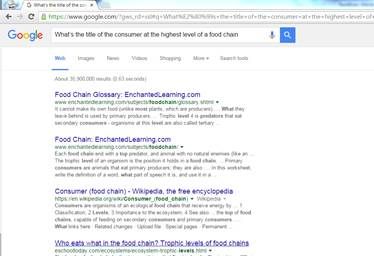 Despite the strangely worded query: “What’s the title of the consumer at the highest level of a food chain”, the results produced are pretty good.

The fact that Google has publicised RankBrain shows that it wants to get some mileage and also that it is happy with initial results. It is also arguable based on the rapid success of the new service, that the future will hold increased machine learning for the Google algorithm and technology in general.

If you are interested in learning more about how words can be connected via machine learning, Google provides a good place to start.

Richard Conway shares the good oil on all things digital marketing from SEO to Google to social media. Richard is CEO at the search engine marketing agency PureSEO and is an advisor to several online businesses. Richard is a global online citizen residing in Auckland, New Zealand.

Other Articles by Richard Conway