News > All the tech that wasn’t: 2018’s over-hyped, under-delivered tech

All the tech that wasn’t: 2018’s over-hyped, under-delivered tech 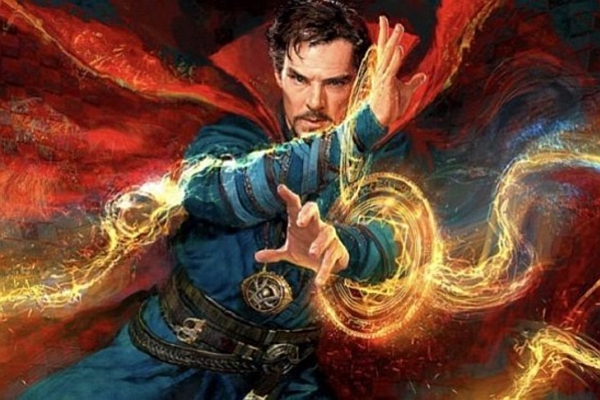 What a year! The hype from the sector has reached a crescendo and tech is on everyone’s agenda.

But it wouldn’t be hype if it wasn’t also accompanied by plenty of bluff and bluster.

Here’s what grabbed our attention at iStart among the tech stories of 2018 that were spruiked by the PR and marcomms folks without passing any sort of reality test.

The world erupted in a frenzy over a new form of currency that didn’t need any national treasury behind it, just a bank of CPU and a bit of mining know how and you’d be rolling in riches. Bitcoin, Ethereum and other altcoins started featuring in dinner party conversations as yet more were formed on the back of ICO raises. Values skyrocketed and predictions of a new world order proliferated.

And then the old world order woke up.

ICOs were banned, countries refused to recognise cryptocurrencies as official. The speculators ducked for cover, selling in droves, values plummeted and the crypto phenomenon was consigned back to whence it had come – the currency of choice for East European ransomware agents and dark web traders.

With cryptocurrency was heralded an almost equally fanatical promotion of distributed ledger technology. What began life in the high integrity waters of crypto trading was now being touted as technology’s gift to transactional security.

Forget firewalls, databases, two-factor authentication and encryption, the blockchain would solve it all.

The learnings from multiple pilots and smoke & mirror startups is that it’s really very hard to do quite basic things when they’re done on a blockchain.

For no real benefit. If it says BC on the tin, it’s probably BS.

The writing is on the wall (although the way Aussie politicians are rewriting the laws of encryption, maybe they know something we don’t).

Elon Musk spent the end of 2017 amping up his Boring Company’s incredible new hyperloop technology. Hyper-capsules would soon be delivering inter-city commuters to their destinations with staggering speed and efficiency. Aussies lapped up promises of travel between Melbourne and Sydney in just 50 minutes for the 880km journey. The media went nuts over the vision of Aussies zipping interstate at 1,000 km/h using magnetic levitation and vacuum tubes to reduce friction and increase speed.

Trouble was, no one had done the numbers on construction costs, or checked flight schedules.

While trials continue, our prediction is that when the VC funding dries up so too will the massively expensive experimentation projects in the face of economic and physical reality.

With Elon also going a bit loopy over the course of the year, Hyperloop’s demise is nigh.

In an industry beset with buzzword bingo, ‘Big Data’ entered the year as the top headline act of 2017, but was quickly found out. Trouble was, no one actually knew what it was.

Everyone agreed data was important, and most big companies had some big data projects on the go. Data and it’s close cousin analytics were (and are) definitely big.

But ‘Big Data’ never really got it’s feet on the ground beyond oft-repeated explanations of what it was (or could be).

To their credit, Gartner had removed it from its Hype Cycle way back in 2015, but PR folks were not letting that get in the way of a good story.

The year also saw the tumbleweed that was Google+ finally spat out of the search engine’s data centre cooling systems, condemning the social media platform to a painless death. The tech giant announced in October that they were shutting the doors on the much-hyped and much-ignored platform.

The announcement was met with indifference which at it’s height elicited responses as reactionary as “Wait, you mean there were actual people using Google+?” and “Woah hang on what happened to our hangout (…oh here it is over here)”.

Quite what its UX designers ever intended to achieve will sadly only ever be known to those inside their circle.

2018 will surely go down as the year of Artificial Intelligence and it’s personification, the humble but oh-so-helpful Bot (not). Both will no doubt continue to dominate headlines in the coming year.

But the year heralded the rise and fall of a particularly antipodean interpretation – the humanised virtual assistants, where bots come in a human/digital form.

After global headlines regaled the birth of Baby X, adult versions were soon spawned to help front the customer-centrification efforts of corporates and government departments, and divert attention away from the automation of their workforces.

With the glint of a glassy eyeball and a smile from the depths of the uncanny valley, these automatons promised to delight customers with self-learning intellect.

A virtual assistant near you could help you book flights, solve your banking problems, fix your phone and even navigate the respective warrens of disability insurance and trade documentation.

They could do anything.

Including get right up your nose with stupid one dimensional answers to the very real human problems you bothered engaging with them to solve.

Watch this space in 2019. We reckon ‘wow that sounds pretty cool’ curiosity will peter out in the face of the ‘I could have googled that myself’ experience.

Last, but by no means least, we celebrate the 2018 debacle that signaled the end of humanity’s naivety toward things Facebook and privacy settings on social media networks.

This one has it all. Trump, political interference, Russian spies and The Zuck.

While possibly not strictly meeting our hyped-technology-that-failed criteria, it was too big to not deserve a mention in the tech landscape that was 2018.

As far as pie-in-sky goes, Uber Air has to be right up there. The idea that you’ll Uber up a personal flight is complete nonsense beyond its novelty value. Driverless cars are also never going to be a reality in busy city streets off the predictable and controlled motorways or airport loops. The complexity of the last mile, and regulators’ risk aversion, will mean a human will always be behind the wheel. After all, if you’ve got the incredible capabilities of a commuter’s human brain available, why not use it? Virtual and Augmented Reality continued their hype over the year, but there’s one big issue – the form factor sucks, condemning the tech to gaming consoles, architectural studios and PR stunts.

With artificial intelligence and machine learning at peak hype going into 2019, will they be on next year’s list? It’d be a brave prediction, but the tech sector’s ability to dream up in-credible ideas, pitch them to wilfully ignorant investors and foist them on an unsuspecting and ever hopeful populace will not stop.

Expect 2019 to herald yet more tech wackery looking for problems to solve and scientific realities to ignore.