News > $2b gone: The scams catching Aussie businesses out

$2b gone: The scams catching Aussie businesses out 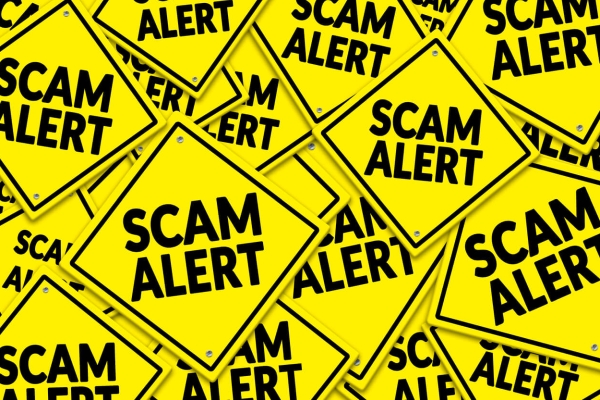 Australians lost more than AU$2 billion to scams in 2021 – more than double that lost in 2020 – with crypto-driven investment scams leading the charge, while businesses suffered most from payment redirection scams.

Losses from investment scams were put at AU$701 million, well ahead of payment redirection scams ($227 million) and romance scams ($142 million).Those figures, however, are likely to be shy of the true figures, with the report noting that while $1.8 billion in scam losses were reported to agencies, around one third of scam victims are believed to not report their situation to anyone.

“There is still more work that needs to be done to prevent scams across all digital platforms.”

While the report calls for high level intervention from banks such as the introduction of confirmation of payees by banks, to reduce scams such as payment redirection, the Australian Competition and Consumer Commission has previously issued advice to businesses to ensure staff are well trained in the company’s payment processes and remain aware of payment redirection scams.

“Scammers tend to target new or junior employees, or even volunteers, as they are less likely to be familiar with their employer’s finance processes or the types of requests to expect from their supervisors,” ACCC deputy chair Delia Rickard said last year.

She says it can be difficult to recover money lost to a payment redirection scam, so prevention is ‘really important’.

“Don’t deviate from your organisation’s payment procedure, even if the request you have received appears to come from your CEO or a senior manager.

“If you have received a request that creates a sense of urgency, don’t rush. Take the time to consider and check whether an email is real, including by looking carefully at the sender’s email address, before acting on instructions.

“Whenever there is a request to change payment details, always check with the organisation using stored contact details, rather than those in the requesting communication.”

The Targeting Scams report pulls data from Scamwatch, ReportCyber, major banks, money remitters and other government agencies, but most of the detailed reporting centres around Scamwatch data – which the report notes is not the key place businesses report scams to. Instead businesses report more of the scams to ReportCyber – which flows through to police –and the banks. ReportCyber received reports of $94 million in losses to payment redirection (and banks received reports for $121 million), but how much of that was from businesses isn’t broken out.

Meanwhile microbusinesses – those with four staff or less – and small businesses (5-19 staff) – suffered the most, with 1,093 and 890 reports respectively and losing $7 million, shared evenly across the two groups.

Unsurprisingly given the prevalence of payment redirection scams, the most common method used by scammers against businesses was email.

“We would like to see overseas initiatives such as confirmation of payee implemented in Australia, where banks automatically check to see if account name and account numbers match,” ACCC deputy chair Mick Keogh says. “We believe it may reduce the losses to scams that we are seeing.”

Australia’s farmers were also on the receiving end of a swathe of scams, with Scamwatch data alone showing $1.5 million was lost in the agricultural sector.

The most common scam targeting farmers involved the sale of tractors and other farm machinery, with scammers setting up fake websites and advertising on legitimate platforms.

The surge in losses to cryptocurrency investment scams sees the ACCC calling for ‘urgent work’ to combat them.

Many countries are seeking to regulate cryptocurrency, which has been described as the new wild west. The Australian government began consultation on approaches for licensing digital currency exchanges and custody requirements for crypto in March 2022.

Delia Rickard, ACCC deputy chair, says she’s hopeful that this and other regulatory measures will slow the growth of cryptocurrency scams in Australia.

She notes too Google’s announcement it is changing its advertising policy and requiring advertisers wanting to promote financial services in Australia to complete a verification process and demonstrate they have been licensed by ASIC.
“That said, there is still more work that needs to be done to prevent scams across all digital platforms,” Rickard says.

Crypto is also becoming the preferred method of payment across all types of scams, the report notes.

“We have seen a marked decline in some of the older, low-end scams and an enormous increase in more sophisticated ‘white-collar’ fraud, such as cryptocurrency investment scams,” Rickard says.

“There was a spike last year in scams relating to pyramid and ponzi schemes, largely due to the emergence of some sophisticated ponzi investment scam apps.”

More than 2,000 reports, with almost $8 million in losses, a year on year increase of 368 percent, were received by Scamwatch in 2021, with many of the scams impacting younger people and the culturally and linguistically diverse (Cald) community.

“If an investment opportunity seems too good to be true, we urge all Australians to not go anywhere near it,” she says.