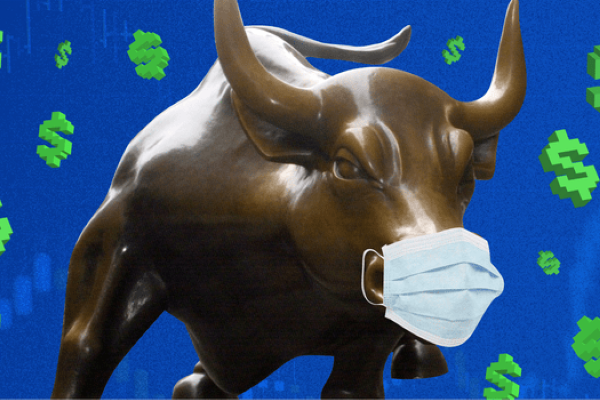 But big business is accelerating spend…

It’s not big, and it’s not small (or in the negatives)… in fact, despite the pandemic, lockdowns and supposed huge digital transformation, growth in ICT spend across Australia and New Zealand was ‘stable’ in 2020.

IDC says overall growth rates were modest, but some areas of spending did reflect the rapid migrations to new business models, hybrid workplaces and online learning.

The outlook for the coming years is also middling, with a forecast of 2.1 percent growth this year, followed by a compounded annual growth of 2.5 percent to 2025. Those growth rates will see spend hit nearly AU$114 billion in 2021, and AU$125 billion come 2025.

“Emerging technologies are now firmly on the government’s radar.”

Just two months ago, Gartner forecast New Zealand’s IT and technology market to grow by 5.7 percent this year to hit $13.2 billion, with Australia forecast to clock 6.4 percent growth to hit almost $103 billion, before slowing to 5.9 percent next year.

As to what companies are focused on, IDC says improving customer experience and operational efficiency are the two universal areas of focus among all Australian and New Zealand businesses in 2021.

“But as more businesses seek to strengthen their digital resilience, investment will target gaps that emerged during the pandemic,” the research house notes.

Earlier this year an IDC survey showed SMBs – which make up the bulk of businesses for both Australia and New Zealand – were feeling battered by the pandemic. The survey, carried out in late 2020, found 60 percent of A/NZ SMBs were in crisis or survival mode due to the pandemic. 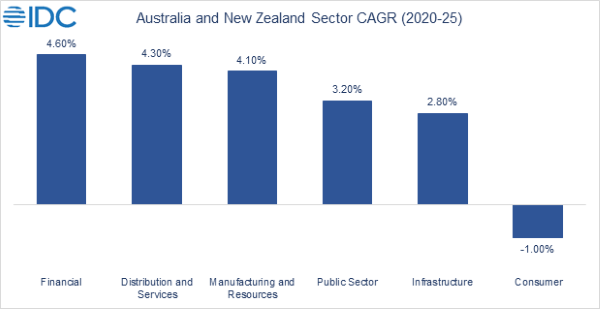 The IDC figures are being bolstered by big investments in technology by the banking and government sectors, which contributed 30 percent of overall ICT spend in 2021, excluding the consumer segment. It’s a segment expected to be one of the highest growth areas in 2021, at 2.8 percent year on year growth.

The government spend was also highlighted recently be Gartner, which is forecasting 8.8 percent growth, to AU$15.5 billion, in Australian government sector IT spending next year, with New Zealand following closely with a 7.9 percent increase to reach $2.6 billion.

Australia’s growth comes despite a significant 5.0 percent decline in devices – driven higher in 2021 on the back of remote work and connected public services. That decline, however, will be easily countered by a 19.2 percent growth in software spend, including application, infrastructure and vertical-specific software.

“Consultation papers on AI, ethics, technology and human rights, blockchain and other emerging technologies are now firmly on the government’s radar.”

But if banking and government are the current big spenders, that’s changing.

IDC says the large and very large business segment – that’s companies with more than 500 employees – will gain share to account for more than 49 percent of spending by 2025, with a five-year CAGR of 3.7 percent.

Both IDC and Gartner’s forecasts were drawn up prior to the current lockdowns in full flight on both sides of the Tasman.