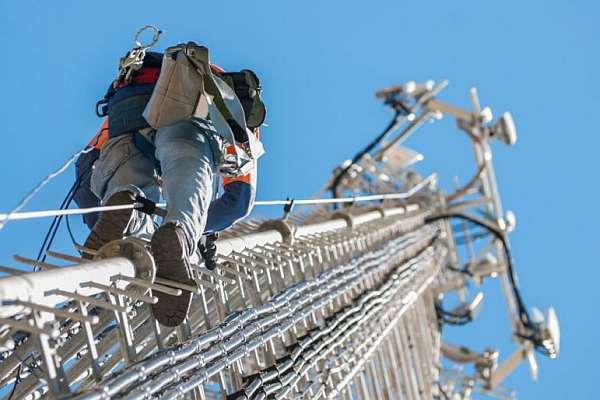 NBN must stand on its own two feet…

The Australian Competition and Consumer Commission has warned against protecting NBN’s network from competitive pressure from 5G, saying to do so would be ‘a disaster for consumers’.

Speaking at the recent ACMA RadComms 2018 conference, ACCC chair Rod Sims said 5G promises to bring a step-change in mobile technology, providing fibre-like speeds and high data capacity that is able to match fixed-line networks, and creating ‘an interesting dynamic’ between mobile networks and the NBN.

“With 5G we will see the first generation of mobile technology capable of delivering broadband services that are comparable to fixed services in terms of speed and capacity,” he says.

“We must never seek to restrain others in order to protect the NBN business model.”

More than 6.5 million Australians have already opted for mobile-only for voice services, with significant growth in mobile data, which is growing at a much faster rate than fixed data, albeit from a much smaller base.

While widespread commercial availability of 5G networks and compatible devices isn’t expected until around 2020, Sims says the ACCC will ‘strongly welcome’ competition for the monopoly wholesale NBN network.

“There is an opportunity for wireless operators to attract those consumers who don’t necessarily want the high speeds and unlimited data offered by fixed service providers. For consumers at lower price points, with small data needs, a wireless service might suit better than the NBN.”

“We will need to wait and see what happens when 5G becomes widely available and how markets react,” Sims says. “What we must never do, however, is seek to restrain others in order to protect the NBN business model. This would be a disaster for consumers.”

Telstra has already begun turning on 5G support, with the telco saying in August it expected more than 200 5G compatible sits to be live by the end of this year. Optus meanwhile, ran 5G demonstrations during the 2018 Commonwealth Games.

In September, Ovum ‘greatly increased’ its 5G forecasts up more than fourfold to 111 million 5G mobile broadband subscriptions by the end of 2021. The revised forecast followed an ‘acceleration’ of parts of the 5G standard and significant deployments by major operators.

The industry analysts have previously said that speculation that 5G will make significant inroads into the fixed user base are ‘highly premature’, with the rise of 5G requiring broadband operators, including the NBN, to respond to investments being made by mobile operators with their own investments.

Juniper meanwhile says annual operator billed revenues from 5G connections will near $300 billion by 2025, up from a forecast $894 million in 2019, which is expected to be its first year of commercial service.

Sims acknowledged that 5G would require significant investment from operators, who will need to acquire spectrum, build more mobile towers and ensure their transmission can support delivery of the new services, saying competition would drive the investment. He says 5G will also likely drive increased calls to share network infrastructure.

The first 5G spectrum auctions – for the 3.6 Gigahertz spectrum – are due to take place later this month and Sims says it is critical that spectrum allocation processes, including allocation limits, promote competition in downstream markets, rather than just competition in the allocation itself.

“Each spectrum allocation is a new opportunity for a potential entrant, a different service, or improved coverage. What happens now will have a long-term impact on competition. We need to make sure we achieve the most efficient and pro-competitive use of spectrum.”