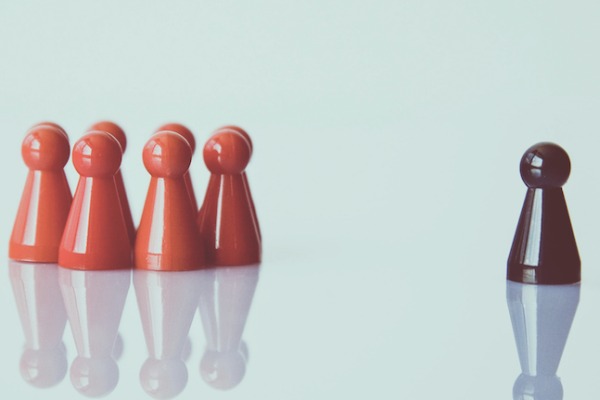 The era of the fast follower is over…

You’ve heard the saying every business is a digital business? Well, according to Accenture, every leader is now a technology leader – and the winning companies are those who are blending their business and tech strategies and mastering change.

But while some companies are emerging as winners, compressing a decade of digital transformation into one or two years, relying on a strong digital core to adapt and innovate at lightning speed, the laggards are, well, lagging.

“Small pilots and incremental scaling are an obsolete luxury.”

Accenture says for most companies the pandemic has been a harsh reality check for their digital transformations.

The cliche-ridden Leaders Wanted: Masters of Change at a Moment of Truth, says businesses have been overly optimistic in their self-assessments on how fast they were moving on their digital transformation, believing they’re much further along in the transformation than they really were.

“Adaptability, innovation, connectedness – pick a metric and businesses asserted they were leaders in the space, ready for anything. But 2020 and the Covid-19 health and economic crisis cleared their rose-coloured glasses, bringing a new reality into sharp focus: Inflexible work arrangements and operations. Fragile supply chains. Untrustworthy information. New customer needs. The pandemic and the resulting disruptions exposed the limitations of long-standing norms for how companies operate and how people live.”

Companies that want to succeed need to step up their digital transformation and reimagine everything from their people, to data, architectures and ecosystems. And forget small pilots and increment scaling. They’re ‘an obsolete luxury’. So too any friction between research, development and large-scale deployment, which Accenture says ‘must diminish or disappear’.

The survey found that 92 percent of the 6,200 executives surveyed say their organisation is ‘innovating with an urgency and call to action this year’ (though given the early overly-optimistic self-assessments, the truth of those statements remains to be seen).

Shaping the future, Accenture says, will require companies to become masters of change by putting technology at the forefront of their business strategy – “leadership demands technology leadership” – reinventing the future, rather than waiting for a new normal and embracing a broader responsibility as global citizens, designing and applying technology to create positive impacts beyond the business.

If that sounds a little to pie in the sky, Accenture also serves up five digital trends to guide companies:

Stack strategically for a new era of industry competition, where companies are competing on their IT systems architecture. Eighty-nine percent of those surveyed say their organisation’s ability to generate business value will increasingly be based on the limitations and opportunities of their technology architecture.

Mirrored world, aka digital twins. The ‘living models’ of physical locations, such as factories, and processes, including supply chains and product lifecycles, will ‘unlock new opportunities to operate, collaborate and innovate’, Accenture says. It’s Kiwi business notes Auckland Airport’s work in digital twins, saying the company’s 3D digital mirror of both the international and domestic terminals ‘will enable one centralised digital view of their assets, mitigate risk of information silos and encourage more accurate information sharing with design and engineering teams.”

I, technologist, or the democratisation of tech. Thanks to technologies like low-code/no-code and automation, ‘every employee has the opportunity to be an innovator and optimise work’, adding a grassroots layer to enterprises’ innovation strategies.

From me to we, or multiparty systems. “The demand for contact tracing, frictionless payments and new ways of building trust brought into sharp focus what had been left undone with enterprises’ existing ecosystems. Multiparty systems can help businesses gain greater resilience and adaptability; unlock new ways to approach the market; and set new, ecosystem-forward standards for their industries.”