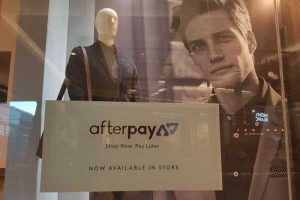 Add to that some sealed deals with high profile brands like Levi’s, O’Neill and Raybans, not to mention a healthy AU$300 million capital raise, and you’ve got a company poised to do great things, right?

Maybe, but behind the scenes, AfterPay is finding itself staring down industry watchdogs and an uncertain regulatory environment.

Just one day after its $300 million raise on June 11 (during which co-founders Anthony Eisen and Nick Molnar announced they would sell off 2.05 million shares each), it was revealed that AfterPay had caught the attention of Austrac, the Australian Government’s financial intelligence agency, which would be conducting an audit of the fintech.

“Austrac has ordered the appointment of an external auditor to Afterpay Pty Ltd to examine its compliance with the Anti-Money Laundering and Counter-Terrorism Financing Act 2006” the watchdog said in a statement.

Specifically, the regulator is set to examine ‘governance and oversight of decisions’ related to the company’s money laundering and counter terrorism framework, the identification and verification of customers, and suspicious matter reporting obligations.

“The audit will help identify if Afterpay has developed and implemented the systems and controls it needs to ensure it complies with its obligations,” says Austrac CEO, Nicole Rose.

It’s unfortunate timing for AfterPay (the company suffered a 20 percent share price dip following the announcement) but perhaps right on time for an industry wrangling with uncertain ethical obligations and still-forming regulatory frameworks.

The buy now, pay later sector has experienced rapid growth in recent years and AfterPay’s audit serves as a reminder to new financial services businesses that they have serious obligations under the Anti-Money Laundering and Counter-Terrorism Financing Act, Rose says.

“We will not hesitate to take action where an organisation is failing to appropriately protect itself and Australia’s financial system from criminal activity.”

The company is playing down the seriousness of the review, commenting in a statement to the ASX that the buy now, pay later format is a “new and maturing sector”, not only for the company’s  customers, “but also for regulators”. It says it will “work closely with Austrac to develop a leading compliance regime specific to our business in a transparent and cooperative manner.”

In New Zealand the company’s submission to the Government’s Finance and Expenditure Select Committee (regarding amendments to the Credit Contracts and Consumer Finance Act) reveals a company wary of the uncertain Kiwi regulatory environment, which it claims could pose an existential threat to its New Zealand operation.

“Afterpay has concerns regarding the broad and uncertain regulatory ‘call in’ power currently proposed by the Bill, given the consequences for its New Zealand business, customers and merchants of being called into the CCCFA regime,” said the company in its submission. “Afterpay believes this power needs to be further constrained.

“If Afterpay was required to comply with the CCCFA, and was unable to change its business model (without undermining the innovative service currently provided to merchants and customers), this could (in the worst case) result in Afterpay having to cease trading in New Zealand.”