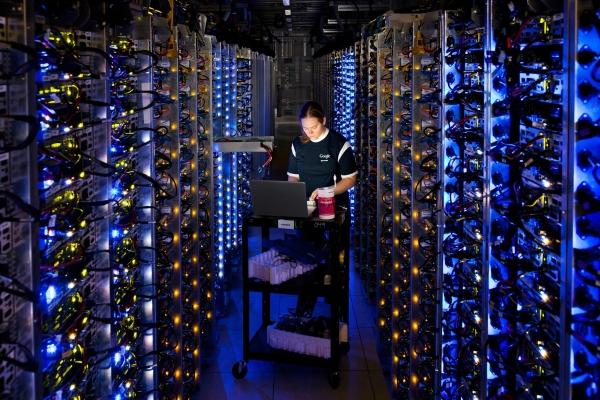 More evidence of the IT industry clever-clogs doing their co-workers out of a job?…

News today that Hewlett Packard Enterprise (HPE) is introducing what it calls ‘the industry’s first artificial intelligence recommendation engine designed to simplify and reduce the guesswork in managing infrastructure and improve application reliability’.

Should system administrators collectively reach for their CVs?

The product, HPE InfoSight, is described in the announcement as an ‘industry-leading’ predictive analytics platform that brings software-defined intelligence to the data centre with the ability to predict and prevent infrastructure problems before they happen.

If that is to be taken at its word, yes they should.

As might be expected, InfoSight uses ‘machine learning’ to take customers another step towards an autonomous data centre.

While HPE talks it up in its statement, it is ‘another step’ because this sort of thing – automation of data centre tasks – isn’t exactly new. The tools to do bits and pieces of it have long and storied histories, with a legacy going back to the 1970s or before.

Even though data centre tools number in their thousands, gaps still persist, leaving room for clever programmers like Adam Jacob to make new more intelligent and more ‘human’ ones. His is called Chef and it has been helping automate data centres since 2009, including HP’s Public Cloud.

But back to HPE. It said businesses today cannot afford any disruptions or delays to their applications, which gives rise to a paradox where the complexity of infrastructure causes an “App-Data Gap”. This, said the vendor, impacts businesses and wastes time.

HPE said it is ‘working to minimise disruptions and lost time through the AI and predictive analytics capabilities of InfoSight, reducing the time spent troubleshooting issues by up to 85 percent’.

How it will do that is by analysing data from its connected installed base, using the resulting information to predict and prevent problems ‘from storage to applications’. Not, in other words, problems between keyboard and user.

Looks like the IT team will still have a role.

With its ‘AI recommendation engine’, the tool pre-emptively advises how to avoid issues, improve performance, and optimise available resources, continues HPE. The recommendations are based on machine learning underpinned by a decade of data science expertise and telemetry collected from more than 10,000 HPE Nimble Storage customers.

“InfoSight marks the first time a major storage vendor has been able to predict issues and proactively resolve them before a customer is even aware of the problem,” said Bill Philbin, Senior Vice President, HPE GM Storage. “As applications increasingly drive today’s businesses, we need to help customers move toward a self-managing IT model. HPE InfoSight enables IT to spend more time on projects that add value to the business rather than on troubleshooting issues.”

Be that as it may. But won’t somebody please think of the long suffering data centre workers?

We did, and take heart from a recent Gartner blog, where it is claimed, “While AI will replace certain tasks that are ripe for automation, it will be a net job creator given it’s unique ability to learn from massive data sets. Gartner predicts that starting in 2020, AI will create 2.3 million new jobs while eliminating 1.8 million jobs.”

So the basements of the future will still be occupied, but perhaps with a different type of geek.