Aussie forex disruptor one to watch 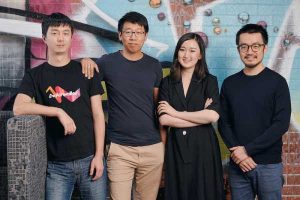 Dubbing itself “the new way to create bank accounts globally, access interbank exchange rates and send funds to more than 130 countries,” Airwallex is an Australian company currently doing everything right in the cross-border payment – and fundraising – space.

Essentially, the company brings together foreign exchange services and payment tech to make cross-border payments faster. In addition to using the SWIFT global payment network, the company has built its own proprietary network (consisting of some 50 international banking partners) to facilitate low-cost, high-speed international payment transfers.

“When I was running a coffee shop with my co-founder Max Li, we ordered lots of materials from overseas,” says Zhang.

Three and a half years later Airwallex has over 300 employees worldwide and counts JD.com, Tencent, Ctrip and MasterCard among its clients.

“We started Airwallex because we knew there was a better way to make global payments,” says Zhang.

“Our mission is to build a worldwide, technology-driven financial infrastructure that will help our customers, including marketplaces, online sellers and SMEs, grow their businesses globally.”

The company is good at raising money – its series B funding round was the second biggest in Australian history at $US80 million. Previous investors Sequoia Capital China, Tencent, Hillhouse Capital, Gobi Partners, Horizons Ventures and Square Peg Capital all returned for the$100 million Series C funding push, bringing the company’s total capital raised to over US$200 million.

Last year the company was granted an Electronic Money Institution (EMI) license from the UK, allowing the company to integrate with European banks.

Airwallex has around 70 staff in its Melbourne office which is home to one of two global engineering hubs.

The valuation surprises few – the company has won a slew of awards in the last twelve months: Airwallex was named one of the top 50 Global Fintech Companies of 2018 by KPMG and this year won three trophies at FinTech Australia’s Finnies 2019 awards.