A/NZ turns to tech to accelerate out of Covid slump 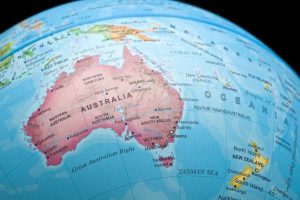 New Zealand and Australian businesses are doing their own version of ‘flattening the curve’ – with new research showing more than 70 percent of local businesses are using technology to accelerate their way out of the recessionary slump.

While much has been said about the rapid transformation of businesses during the Covid crisis and the need to accelerate the transformation, the research from IDC provides quantitative data showing local companies are taking a more aggressive stance to technology in the wake of Covid.

When asked in June about their plans, 70 percent of Kiwi companies and 83 percent of Australian companies surveyed said they were adding new projects to their digital transformation roadmap.

IDC has mapped businesses onto a reverse bell curve based on where they are in the recovery process – from those in the reactive business continuity phase, where big investments are on hold, priorities are being triaged and ecosystems are being evaluated; to the ‘future enterprise’ – the next normal – where companies are looking at a new business value, technology resiliency, operational model transformation and AI for data monetisation and prediction.

In between lie the cost optimisation, business resilience and targeted investment stages.

The fortnightly survey results show both Australia and New Zealand have taken a massive leap forward in July, with 57 percent of businesses now in the recovery and transformation modes of targeted investments and future enterprise.

“For several weeks the numbers remained very static – most businesses were out of the crisis stage, moved through the economic slowdown and were in the recessionary stage, so they were building business resiliency,” Francis said during The Next Normal – Top Accelerators to Thrive and Emerge Stronger Tech Executives Forum at TechWeek.

Two weeks ago, Francis says a massive shift was seen, with companies much more interested in targeted investment and building the future enterprise.

“Australia and New Zealand are ahead of the rest of the world in terms of that future enterprise stage.”

Francis says there is a plethora of information about what companies should be doing to fast track digital growth, and sorting out what to do can be a real challenge for companies.

For companies in the continuity phase – particularly SMBs where it’s still a very much a struggle, reacting, adapting and trying to get through – Francis says the focus should be on auditing your company’s operation and ecosystem to identify gaps and pinpoint options.

“It’s not necessarily about cutting all the cost out of your business because the businesses ahead of you have shown that smart transformation investment is key to moving out of the crisis phase and moving forwards to becoming the optimal digital organisation.”

If your company is in the cost optimisation stage – where cost reviews are going on – it’s still important to recognise the need to modernise. “Technology is fraught with risk,” Francis says. When businesses who were in this phase were asked what they were doing around technology, Francis says there is almost a frantic approach in terms of ‘we’re going to try anything we can, we’re not going to do testing to see if it’s too risky’.

“But the businesses that have moved beyond that stage are saying they’re taking risks, but they’re taking informed risks. They’re trying new things, but not throwing everything at the wall and just seeing what sticks.

“Getting this stage right is imperative to moving through the further stages and flattening the curve.”

Those in the business resiliency stage – the bottom of the curve – Francis says companies need to start thinking ahead to what they’re doing to prepare for the next crisis and to flatten the curve.

For those in the targeted investment stage, IDC is advising more scenario planning to understand how digital investments can act as a catapult for your business.

“Those businesses that were ahead in their digital transformation journey are already at this stage. They flattened that curve, they’ve moved across the chasm and they’re catapulting out into becoming a digital organisation.”

For those in the final stage, the future enterprise, now is the time to reconsider strategic investments, redefine your business value and become a truly digital enterprise.

“There are a lot of businesses that say they are working through this stage at the moment, but there is always a danger of slipping backwards. It’s about making the correct strategic decisions, thinking about the right technology and not slipping back into the legacy minefield.”