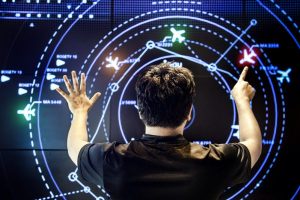 Since their launch in 2016, Data Republic has expanded beyond Australia and into Asia Pacific and North American markets. Their customers are made up of over 200 clients drawn from the banking, retail, government and airline sectors. The company, which is currently headquartered in Sydney with offices in Singapore and Los Angeles, has core backers including Westpac Reinventure, Qantas Loyalty, NAB Ventures, Qualgro and ANZ.

These investors have now been joined by Singapore Airlines, whose minority stake in Data Republic is aimed at strengthening their digital capabilities and Singtel’s Innov8. Singtel will gain a seat on the Data Republic board. Data Republic declined to disclose just how much had been invested by individual backers.

“The move to develop a cross border data trading platform represents a significant step forward in the data economy.”

Singapore Airlines stake in Data Republic was acquired through a placement of new shares and gives the airline access to Data Republic’s governance platform, Senate, which allows organisations to securely collaborate on shared data projects thanks to its integrated privacy protections and audit trails for greater levels of data safekeeping.

Industry analysts say that the move to develop a cross border data trading platform represents a significant step forward in the data economy (which when reduced business costs and greater efficiencies from embracing a data driven approach are factored in was estimated to be worth US$29.7 trillion globally in 2015).

So just what exactly is the digital economy? In a nutshell, it is what it says on the tin. A data economy is based on data. This includes data technologies, data products as well as services. The data economy represents a transition from a manufacturing to a service-based economy.

For a data economy to function, the digital ecosystem and networks of different players (data suppliers and users) need a standardised and secure platform to be able to effectively leverage data as an asset where value can be added or derived. This comes from data being used to make better informed strategic decisions and data-led improvements to operational efficiencies, all of which can help drive growth and innovation.

Singapore Airlines says that by working with Data Republic and partners in both Singapore and Australia they will be able to provide organisations with a useable way to collaborate and innovate digitally.

Also figuring prominently in Singapore Airlines investment decision is the recent data breach at rival, Cathay Pacific, who in October announced they had uncovered a massive data theft from 9.4 million passengers. The announcement caused Cathay’s shares to dip by 6.5 per cent in Hong Kong trading following their announcement.

As a primarily digital medium, data economies are exposed to data breaches and privacy is also an ongoing challenge. Because of this, there exists some serious motivation to both enterprises and governments to invest in data security, and for platforms to fit within regulatory frameworks such as the EU’s recent GDPR legislation. With this in mind, the secure nature of Data Republics Senate platform was also likely to be a drawcard for Singapore Airlines.

Security and privacy concerns aside, the move is also seen as helping bolster competitiveness. George Wang, Singapore Airlines senior VP of IT, was quoted in the Straits Times as saying that data is playing a growing role in helping organisations gain competitive advantage by providing insights into customer wants and needs.

“Our investment in Data Republic highlights our commitment to data innovation through a platform which leverages technology to ensure data security and privacy and further enhance our digital capabilities,” Wang says.

In a recent interview with InnovationAus, Data Republic co-founder, Danny Gilligan, commented that the funding will fuel expansion into markets within data-driven economies, including Singapore.

“What we hope is having a common infrastructure layer across two strong trading partners that we might be able to help develop the world first cross-border trading data framework.”

The involvement of Singaporean investors in this funding round is potentially indicative of a move by the Singaporean market to build out its growing data economy. Data Republic’s security and audit capabilities make it an attractive option as levels of interest grow around privacy and data security by regulators.

A Singaporean investment could also in effect provide Data republic with very high value reference customer which could prove strategically invaluable as other emerging data-driven economies, begin to seek out investment. Potential customers could include South-east Asia, Australasia and the US, as they move to develop data economy regulatory frameworks in the near future.

Technology may have shrunk the world, speeding up international commerce, but when it comes to utilising the vast volumes of data generated by business, many challenges have yet to get resolved. It is here that is Data Republic has an eye to the future and is hoping to carve a niche says Gilligan.

“It’s about potentially unlocking products that don’t exist today. So, if you’re a customer of a bank in one market, how do you get approved to open an account electronically in another market,” Gilligan says.

“Or, if you have a strong credit score in one market, how does that transfer when you move to a new country. Those are the problems that exist today where there are no solutions.”

By building a data-bridge in the form of a common and secure data infrastructure, data republic are boldly aiming to kick start the Australian data economy he says.

“Companies can develop algorithms and data products in the Australian market and can easily sell them to other markets that are adopting the same infrastructure. It will allow intellectual property algorithms move across borders rather than data moving across borders.”